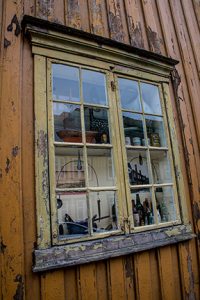 In Trondheim, Nidaros Cathedral, the Domkirke, was built over the burial site of Saint Olav, the king of Norway in the 11th century, who became the patron saint of the nation.

It is the traditional location for the consecration of the King of Norway. 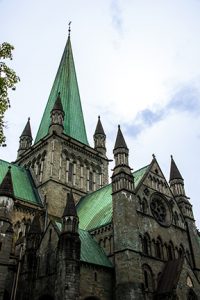 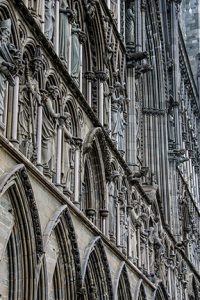 The church was built from 1070 to 1300. After the Protestant Reformation, it was taken from the Roman Catholics by the Lutheran Church in 1537.

The last Catholic Archbishop had to flee from the city to the Netherlands, later dying in what is today Lier, Belgium.

Anyway, the Domkirke is the northernmost medieval cathedral in the world.

Norway’s current King Harald V and Queen Sonja were consecrated in the cathedral in 1991.

In 2002, their daughter Princess Märtha Louise married the writer Ari Behn in the cathedral.

The facade of the cathedral includes dozens of saints well known and obscure. Very close to the main entrance is a prominent remembrance of St Sigurd also known as St Sigfrid of Sweden depicted holding the three severed heads of his nephews. According to the story, the boys were murdered and recovered by Sigurd and were able to tell him the name of their killer. 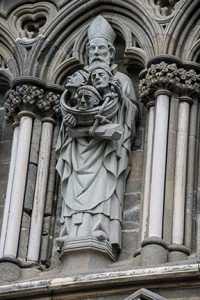 The city of Trondheim is includes a major university and is a lively place to visit. Its old sector includes warehouses, some of them dating back many hundreds of years. 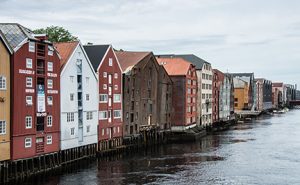 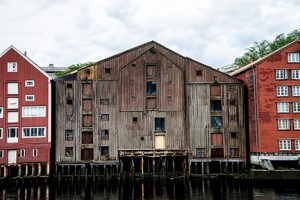