La Coruña is in the autonomous community of Galicia.

In recent history, La Coruña was the political capital of the Kingdom of Galicia from the 16th to the 19th centuries.

On this visit,  we ventured about an hour south to the town of Santiago de Compostela, a place of pilgrimage for Christians for centuries.

We visited the cathedral,  saw the vendors offering walking sticks topped by a carving of a scallop shell–proof to some of the accomplishment of their peregrino or pilgrimage,  and topped it all of with tapas and a music and dance performance by a Galician folk troupe: Celtic bagpipes of northwest Spain. 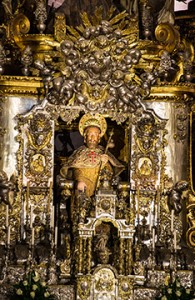 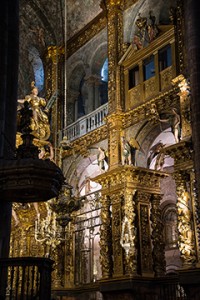 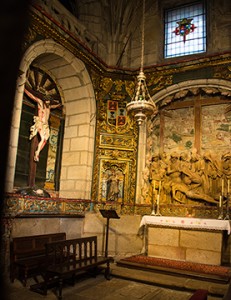 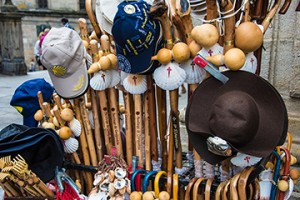 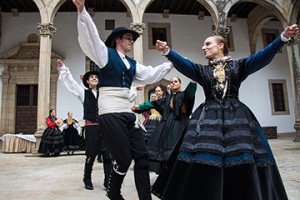 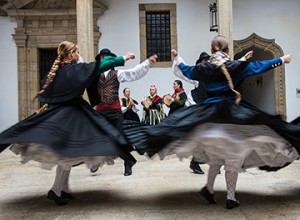 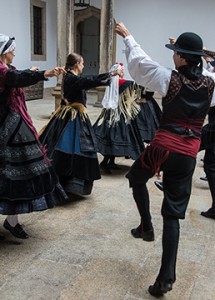