A Beginning and an End

Welcome aboard. Our cruise aboard Silversea Silver Whisper began yesterday in Copenhagen.

We’re set for a circle of the Baltic, from Denmark to Poland, Lithuania, Latvia, Finland, Russia, Estonia, and Sweden. 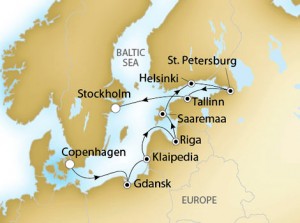 We begin our cruise in the Baltic in Gdansk, a place of great history for Poland, two World Wars, and the Soviet Union.[whohit]-Gdansk 10June-[/whohit]

Gdansk may have seen the first military action of World War II, and also the place where the first successful opposition to Soviet rule arose four decades later.

In the 20th century, a beginning and an end. 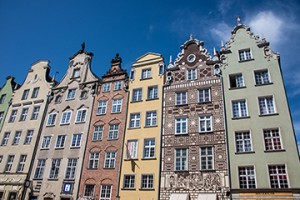 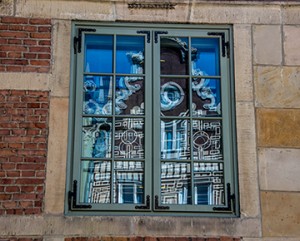 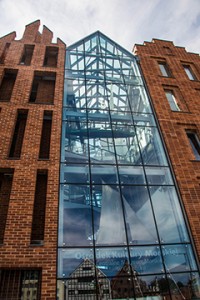 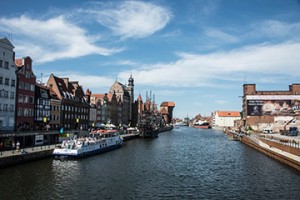 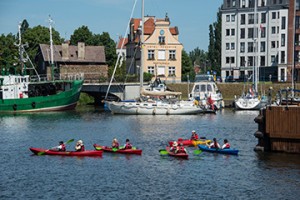 Scenes from the old city of Gdansk on a glorious June day. Photos by Corey Sandler

Gdańsk, Gdynia, and the spa town of Sopot make up the Trójmiasto, the Tri-cities.

Gdańsk is at the mouth of the Motława River, a branch of the Vistula or Wisła, Poland’s longest river.

The Wisła flows 650 miles or 1,400 kilometers through Kraków and Warsaw before reaching the Bay of Gdańsk.

Norwegian Vikings sailed up the Vistula, and it was later a major trade route from the Polish-Lithuania confederation to Western Europe.

Sopot is considered Poland’s premier seaside resort, which might seem faint praise since the country was cut off from the sea for decades at a time. But it is a lively place today.

Sopot became part of the Free City of Gdańsk under the Treaty of Versailles and the Grand Hotel (now the Sofitel Grand Sopot Hotel) was a popular casino and spa in a golden age between the wars. 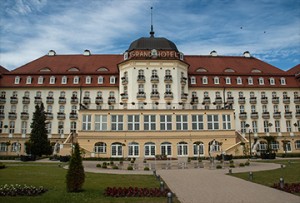 At 4:45am on September 1, 1939, the elderly German battleship Schleswig-Holstein, supposedly on a goodwill visit opened fire on the Polish garrison at Westerplatte in the port of Danzig, today’s Gdansk.

On September 3, Britain and France declared war on Germany. Within two weeks Warsaw and most of western Poland had fallen to German forces. 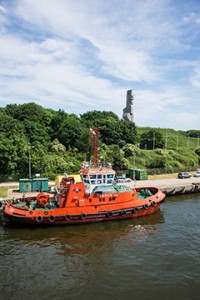 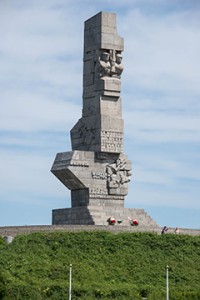 Silver Whisper sailed into Gdansk and docked at Westerplatte, within a few hundred feet of where the first military action of World War II took place in 1939. Today a monument marks the unhappy moment. Photos by Corey Sandler

Under terms of the Molotov-Ribbentrop pact which carved up the region to the satisfaction of Hitler and Stalin, the Germans were met by Soviets coming west. The Germans displaced most ethnic Poles, sending millions of Jews and others to concentration or extermination camps.

About 35 miles east of Gdansk is the Stutthof concentration camp.The origins of the camp date back to the prewar Free City of Danzig. Nazi functionaries made plans for a camp to detain and eventually exterminate undesirable elements. It opened in August 1939, before the German invasion.

Under German occupation, Poland was dotted with concentration and extermination camps, about 457 in total. About 5 million Polish citizens went through the camps. About 1.1 million were murdered at Auschwitz, about 870,000 at Treblinka, 434,000 at Belzec, and 200,000 at Sobibor.

When the Soviets led the charge back toward Germany in 1945, what little was left in much of Poland was destroyed by infantry and aerial bombardment. The Soviets killed or displaced millions more. 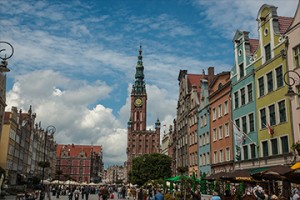 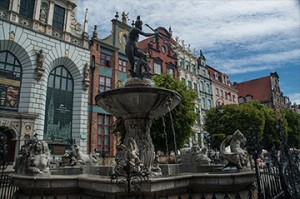 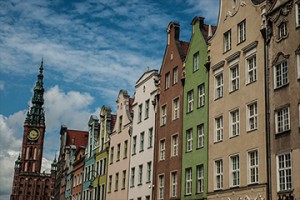 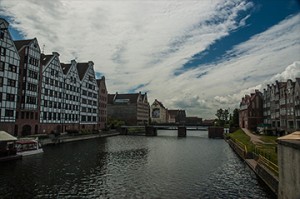 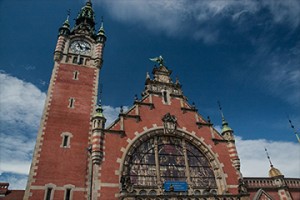 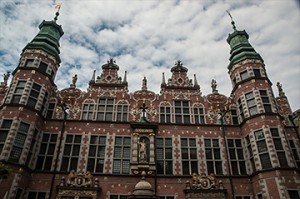 Scenes of Gdansk, a handsome city rebuilt from the rubble of German, then Soviet assaults in World War II. Photos by Corey Sandler

Today Gdansk is a handsome and bustling city. It appears centuries old, but most of what greets visitors has been rebuilt since World War II.

So, World War II essentially started in Gdansk, and there followed four decades of misery as a Soviet puppet state. But the beginning of the end of the Soviet Union also has some of its roots here.

The Solidarity workers’ union rose at the Gdansk and Gdynia shipyards. 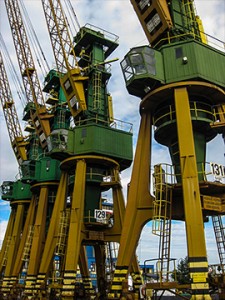 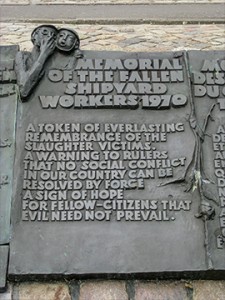 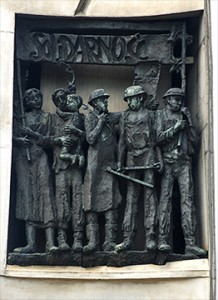 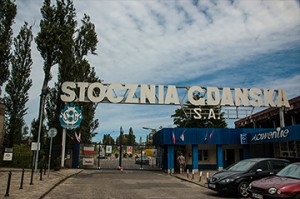 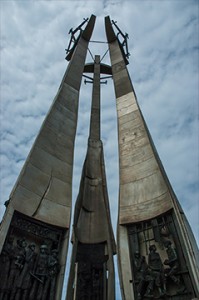 The Gdansk Shipyard and monuments to Solidarity. Photos by Corey Sandler

Some of the people involved in the events were very well-known:

Lech Wałęsa, born in 1943, was an electrician. Soon after joining the Lenin Shipyards in Gdańsk, he became a leader of the dissident trade-union there.

He was harassed by the Communist authorities, fired in 1976, and arrested several times. In August 1980, he was instrumental in political negotiations that unexpectedly led to an agreement between striking workers and the government.

The United States and other western powers and groups provided aid and applied pressure, emboldening the Solidarity trade union.

In the United States, some unusual overt and covert alliances formed including American union leaders and incoming president Ronald Reagan, unnatural allies.

Lech Walesa was awarded the Nobel Peace Prize in 1983. By 1989, Brezhnev was dead and the Soviet Union teetered on collapse.

In that year, the Polish government allowed part of the Parliament to be freely elected, and candidates allied with Solidarity won nearly as many seats as the ruling Communist party.

All photos and text copyright 2014 by Corey Sandler. If you would like to purchase a photo, please contact me.