There’s a lot going on in the Lowlands of Europe: the Netherlands. First of all, there’s a new King in town:

28-year-old King Willem-Alexander took the throne on April 30 of this year. This followed the abdication of his mother Queen Beatrix, who in retirement has taken the name Her Royal Highness Princess Beatrix.

The other big news, which also came in April of this year, was the reopening of the spectacular Rijksmuseum in Amsterdam. The art gallery has been closed for the past ten years.

Any homeowner will sympathize with this: what started as a relatively modest renovation turned up all sorts of other problems that needed fixing.

And then there were political issues involving the route of a bicycle path.Trust me, along with the Royalty, Rembrandt, and a dedication to most sorts of personal liberty, the Dutch will not stand idly by when bike paths are threatened.

The Rijksmuseum opened in 1885 as the treasure house of the Dutch Golden Age, filled with paintings by masters like Rembrandt, Vermeer, Jan Steen and Franz Hals.

The building itself is massive and hulking—nowhere near as delicate or uplifting as most of the work within. It is an odd mixture of Gothic and Renaissance architecture, expanded upon and modified over the years in a rather haphazard way.

The Rijksmuseum closed its doors in 2003, with plans for a five-year restoration. In April 2013, after ten years of work and 375 million Euros or $500 million dollars, it has reopened right on time in a government project sort of way.

Where did the extra five years go?

Workers found asbestos, which had to be removed.

And they ran into an unanticipated protest from Amsterdam’s hundreds of thousands of bicycle riders who did not want a popular bike path re-routed, even if it ran through one of the country’s greatest cultural treasures.

The museum was officially reopened by Queen Beatrix, in one of her last official acts before her abdication.

I had been to the Rijkmuseum in its older, dark and heavy incarnation. I was happy to return to see it reborn.

Silversea Silver Cloud docked in the morning at the base of Amsterdam and we jogged over to Central Station and hopped on a tram to the museum. We had prepurchased our tickets on the Internet, although lines were short when we arrived about 9:45. By early afternoon, though, there was a serious line for tickets–and this is still early June. Visitors in July and August be forewarned.

The entrance from Museumplein is well decorated, and the interior atrium has been spruced up–and opened to the light–in a way never seen before. The atrium will be used for public events, and you can visit without a ticket–but why come all this way without seeing a bit of Rembrandt, Vermeer, van Gogh and so much more? 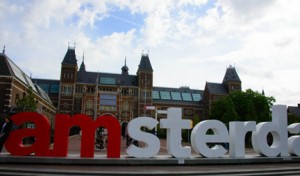 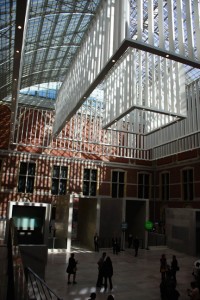 Here are some works that caught my eye. I’ll start with the museum’s most famous piece, The Night Watch by Rembrandt. It is now beautifully displayed in a hall that can be seen from many points in the museum. We got there early enough to reacquaint ourselves with the work, and came back later to marvel at the crowds. 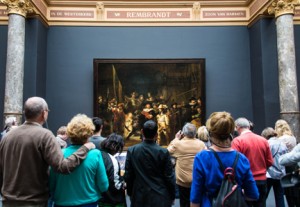 The Night Watch is watched. 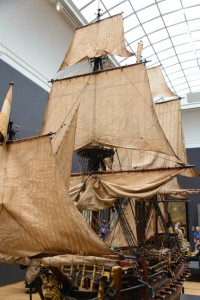 A beautiful 1/12th scale model of the Dutch Warship William Rex. The model was made about 1698 at the dockyards of Vlissingen (Flushing), where real warships were being constructed. 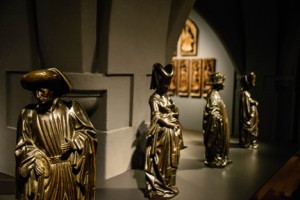 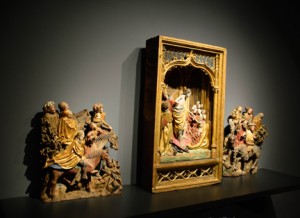 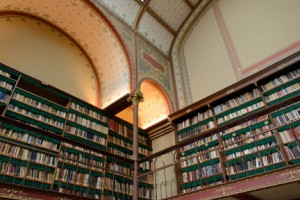 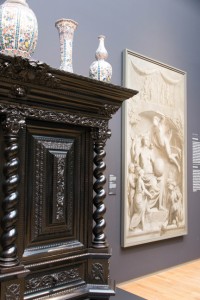 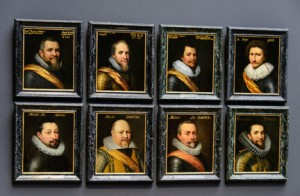 The restored library, some impressive furniture and trompe l’oeil painting that looks like sculpture, and a set of noblemen. 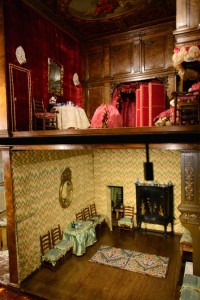 Upstairs, Downstairs. A dollhouse from about 1700 of wood, tortoise shell, and pewter. 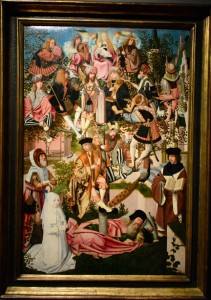 The Tree of Jesse, attributed to the school of Geertgen tot Sint-jans from about 1500. It is said to show Christ’s family tree, growing out of the sleeping figure of Jesse, forefather of a line of kings that gave rise to Solomon, David, and Jesus. Who knew? 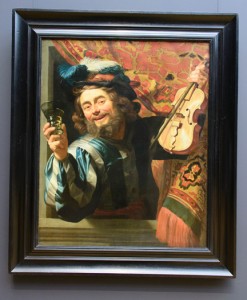 The Merry Fiddler by Gerard van Honthorst, completed in 1623. A happy fellow in extravagant clothing seeming to lean out of the frame to clink glasses with us. I loved the painting…and it reminded me of a very different place. A few weeks ago we were in Valletta, Malta and re-visited the spectacular Co-Cathedral of St. John. There we saw the work of Mattia Pretti who drew dozens of figures who lean out from the ceiling and walls.

Those sorts of connections are why we love to travel.