In journeying to Kavala, we are going back in time to a place that has been inhabited without interruption since the 7th century B.C.

But its story is not at all straightforward.

It’s a wondrous mix, a much more complex back story than is possessed by your typical Greek island of beaches, ouzo, and olives.

Kavala is on the mainland of Greece, in many ways more influenced by other cultures: ancient tribes, the Romans, the Bulgarians, the Macedonians, the Turks, the Ottomans.

An ancient city at one time called Neapolis—the new city—and in the Middle Ages as Christoupolis, city of Christ.

Its strategic and economic importance was due to its location on the Roman road the Via Egnatia, its port, and the natural fortification of the peninsula.

But the name we call it now, Kavala, is shrouded in mystery. Perhaps derived from the Italian cavallo, meaning horse.

The city was founded in the late 7th century B.C. by settlers from the Greek island of Thassos, the country’s northernmost island, close to the coast of Thrace and near Macedonia.

The Thassians came ashore to exploit rich gold and silver mines in the area.

The Romans built the Via Egnatia in the 2nd century BC. It crossed the Roman provinces of Illyricum, Macedonia, and Thrace, running through parts of what is now modern Albania, Macedonia, Greece, and European Turkey.

Its western end was at Dyrrachium (now Durrës) on the Adriatic Sea, opposite the Appulia region of Italy—the heel of the boot of Italy. Crossing over by water, it connected to the Via Appia to ancient Rome.

The armies of Julius Caesar and Pompey marched along the Via Egnatia during Caesar’s civil war, and during the Liberators’ civil war Mark Antony and Octavian pursued Cassius and Brutus along the Via Appia to their fateful meeting at the Battle of­ Philippi.

The road was used by the Apostle Paul on his second missionary journey as he traveled from Philippi to Thessalonica (Acts 16-17).

The Apostle Paul, originally known as Saul of Tarsus, is considered one of the most important of the 1st century missionaries, founding Christian churches in Asia Minor and Europe. 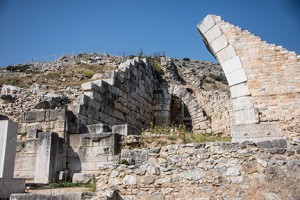 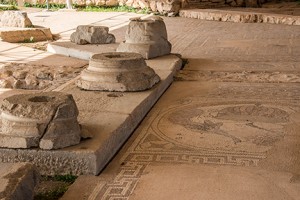 The remains of Philippi 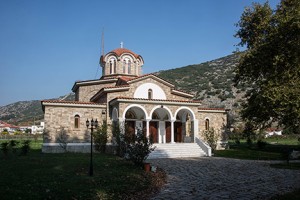 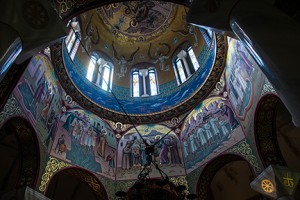 Today a modern basilica celebrates the visit of Paul

He was not one of the original Twelve Apostles. Paul used his status as both a Jew and a Roman citizen to advantage in his ministry to both Jewish and Roman audiences.

Fourteen of the twenty-seven books in the New Testament have traditionally been attributed to Paul, and approximately half of the Acts of the Apostles deals with Paul’s life and works.

This is said to be the first place in Europe where Christianity was introduced. In the year 49 or 50, Paul the Apostle preached to women gathered on the banks of Zigaktis river.

During the Crusades, armies traveling to the east by land followed the road to Constantinople before crossing into Asia Minor. 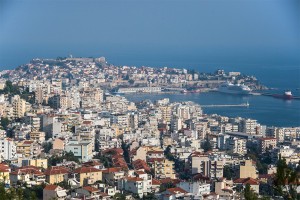 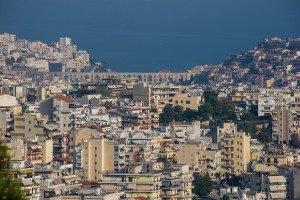 The Kamares, or arches, are an enduring symbol of Kavala. The original structure may have been erected by the Romans. The well-preserved structure you see today was rebuilt about 1550 by Sultan Suleiman II, Suleiman the Magnificent.

The double arches bridge the Panagia peninsula to the foot of Lekani mountain of Lekani, bringing water from the hills. It remained in use until 1911.

All photos by Corey Sandler; all rights reserved. If you would like to purchase a high-resolution copy, please contact me.