Early Wednesday morning, we crossed west to east in the North Channel, from Northern Ireland to Scotland.

We arrived at Greenock, the northernmost port of call on this cruise, at about the same latitude as Moscow.

It’s not Moscow, of course. For one thing, they don’t speak Russian in Greenock, or Glasgow.

That may or may not help you, though. Because here in the west-central Lowlands of Scotland they use a dialect that is not exactly the Queen’s English. They call it Glaswegian.

And the effect of the Gulf Stream on the River Clyde helps Greenock’s average temperature stay above that of similar towns in the region and much milder than that of Moscow.

Greenock’s location that far north also gives long hours of daylight in midsummer and short days in midwinter. On the longest day of the year, June 21, the sun rises at 4:31 in the morning and sets at 11:07 in the evening.

We have been under gray skies and in rain for much of the past few days.

But the sun made its reappearance this morning, in a place not known for bright days. We chose to explore Greenock.

Among the places we visited was Saint Mary’s Church, established by Irish Catholics who crossed over in search of jobs and food in the 19th century.

We also went to see the Old West Kirk, a small but noteworthy outpost of the Church of Scotland.

Silver Wind at the Dock 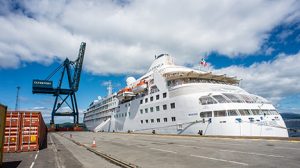 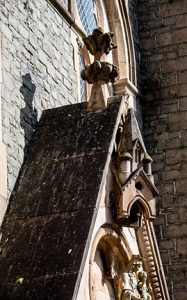 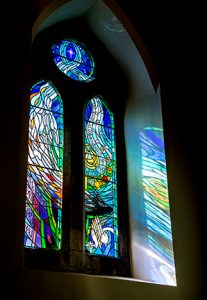 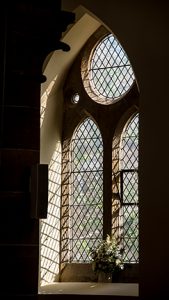 A wee bit of shopping at a local outlet 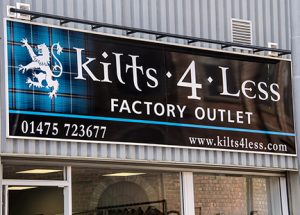 The grand town chambers of Greenock, with a steeple one meter taller than that of Glasgow up the River Clyde 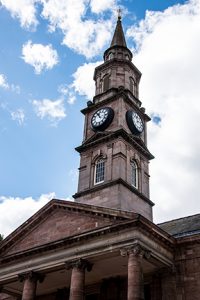 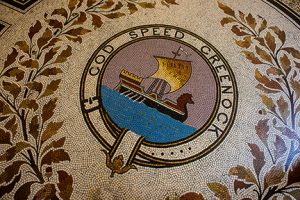 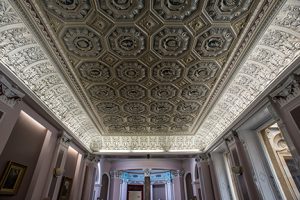 Greenock from the top of Lyle Hill, overlooking the Clyde 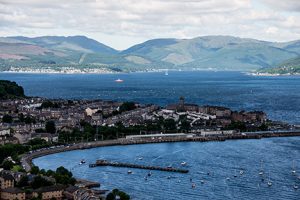 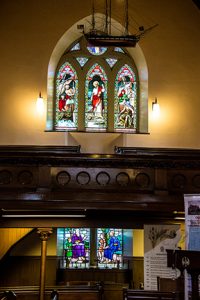 The Old West Kirk, Church of Scotland, was the first Presbyterian Church built in Scotland after the Reformation. Opened in 1591 and added to several times, it was later moved from its location along the water in 1917 when Harland and Wolff enlarged their shipyard.

The Church’s original graveyard held the tomb of Mary Campbell, or Highland Mary as she was known: the poet Robert Burns’ somewhat unrequited love.

Burns was forced to marry—at least on paper—another woman after that other woman somehow became pregnant. Mary Campbell was later said to have prepared to emigrate to Jamaica in 1786 to be with Robert Burns, but Mary died of typhus in Greenock before she could leave.

One other intriguing detail: Mary Todd Lincoln, the widow of American president Abraham Lincoln, came to Greenock in 1869 to visit the grave of Mary Campbell and also that of Robert Burns (in Dumfries);

President Lincoln was said to have been an admirer of Burns and his widow, a very melancholic woman even before her husband’s assassination, continued that pursuit.

Expanding from the medieval bishopric and royal burgh, and then the establishment of the University of Glasgow in the 15th century, Glasgow became a major center of the Scottish Enlightenment in the 18th century.

From the 18th century the city also grew as one of Great Britain’s main hubs of transatlantic trade with North America and the West Indies.

With the arrival of the Industrial Revolution, Glasgow rapidly expanded to become one of the world’s leading centers of chemicals, textiles, and engineering; most notably in shipbuilding.

Glasgow was to many observers the “Second City of the British Empire” for much of the Victorian era and Edwardian period.

By about 1900, Glasgow was producing more than half Britain’s tonnage of shipping and a quarter of all locomotives in the world.