Foynes, population about 600, is a pretty village in County Limerick in the midwest of Ireland. But there are many pretty places in Ireland.

Foynes has a deepwater port, inland from the open ocean and well-sheltered, on the southern bank of the Shannon Estuary, a 60-mile-long tidal waterway that runs from the City of Limerick to the Atlantic Ocean.

But there are other major ports in Ireland, too. Cobh and Cork, and Waterford for example. And in Northern Ireland there is Belfast. They are all quite old and established ports.

In the early 1930s, as plans were being made for the first commercial transatlantic flights between the United States and Europe, early aviators sought the shortage distance point-to-point and passage over land for as much of the trip as possible, adding a margin of safety.

In 1933, famed aviator Charles Lindbergh, who was working for Pan American Airlines as a consultant, homed in on Foynes.

The idea was to use flying boats, huge aircraft that included the Flying Clipper design. Land-based commercial airplanes did not have the fuel capacity to cross the Atlantic with a full load of passenger and freight.

Flying out of New York, planes would hug the east coast of the United States, over Boston and Maine, and then pass over Nova Scotia in Canada and finally Newfoundland before making the over-water crossing to Ireland. The distance was about 3,050 miles.

Foynes had the added advantage of being in Ireland and not England; Ireland was already signaling its intention to remain neutral as the winds of war arose, and indeed it would hold that position throughout World War II.

Construction of a terminal in Foynes was begun in 1935, and the first transatlantic proving flights were operated on July 5, 1937 with a Pan Am Sikorsky S-42 flight from Botwood, Newfoundland and Labrador. Service to New York, Southampton, Montreal, Poole and Lisbon followed. 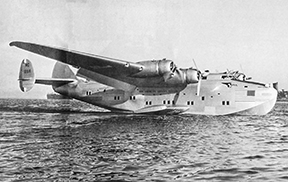 Foynes would be one of the most important international terminuses of commercial flight from 1939 to 1945, through World War II.

The age of the flying boat was relatively short. Advances in technology—accelerated by World War II military demands—led to development of longer-range propeller-driven and then jet aircraft.

In 1942, Shannon Airport opened on flat boglands on the northern bank of the same estuary as Foynes. And in 1946, after the end of the war, the flying boat station in Foynes closed.

A DAY IN BUNRATTY

On this visit I went with a group of guests further up the River Shannon to Limerick to make a visit to Bunratty Castle. This structure was built about 1425 and went through a number of owners, beginning with wealthy landholders, then Kings and other Nobles in the region of North Munster.

The three story castle fell into near ruin but was lovingly restored and reopened in the 1950s. It includes some amazing period gurniture and decorations and very well conveys the claustrophobia of dwelling within a 600-year-old stone castle. 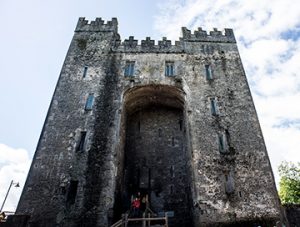 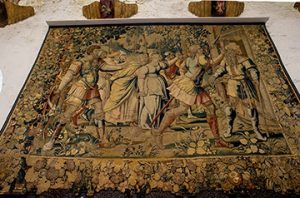 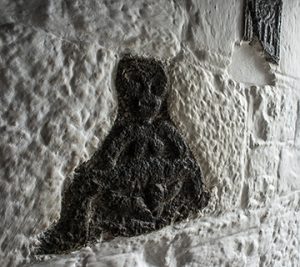 Inlaid into the wall of the Great Hall was an ancient fertility symbol, promising (or threatening) children to women who passed by.

Surrounding the castle is a Heritage Park that displays buildings from the 18th century including private houses, farm houses, a schoolhouse, doctor’s office, and other structures.

We capped off the somewhat chilly day with a stop at a bar for a cup glass of Irish coffee. I asked the bartender to hold the coffee and hold the cream and I enjoyed the rest. 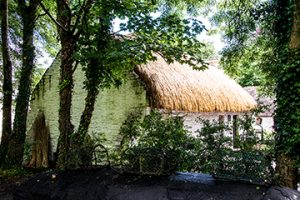 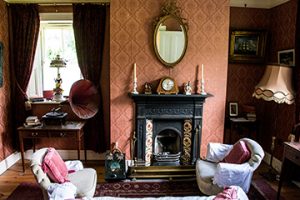 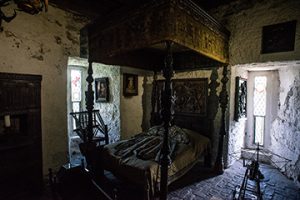 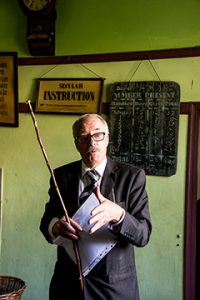 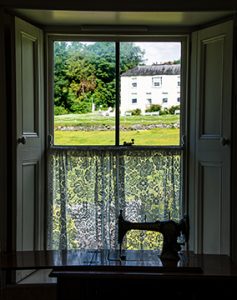 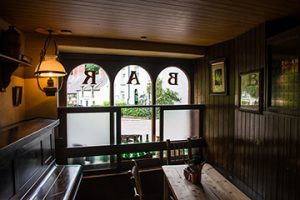 Foynes is generally a rather damp and sometimes chilly place, and perhaps not the most wonderful place to land after a 20-hour flight in a boat.

An oft-reported story–which does not necessarily mean it is true–is that Joe Sheridan, chef at the restaurant at the terminal in Foynes, greeted cold and wet passengers arriving on one of the Clippers with a cup of coffee greatly improved by the addition of Irish Whiskey and cream.

There are some people who say that in the process he ruined three perfectly good drinks: coffee, whiskey, and cream.