Our seventh and final destination in Brazil was Fortaleza, the Fortress, population more than 2.3 million, the largest of Brazil’s northern cities and fifth largest in the country.

Here in Fortaleza, we are near the part of Brazil closest to Europe, about 5,608 kilometers or 3,484 miles from Lisbon, Portugal.

On February 2, 1500, the Spaniard Vicente Pinzón landed in the cove here, but he was very much out of place.

The Treaty of Tordesillas, the 1494 papal-organized division of the new world into areas of control for Portugal and Spain put this part of South America on the Portuguese side of the ledger.

Proper colonization began more than a century later, in 1603, when the Portuguese Pero Coelho de Souza constructed the Fort of São Tiago and the settlement of Nova Lisboa (New Lisbon).

THE METROPOLITAN CATHEDRAL OF FORTELEZA 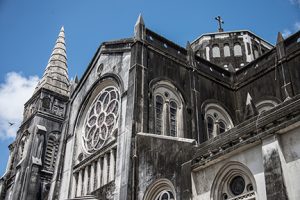 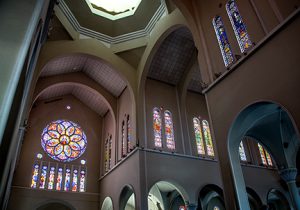 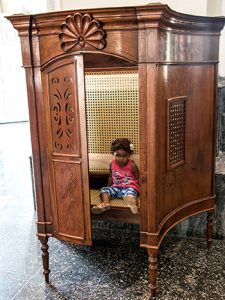 The French, who were not included in the pope’s division of the new world, were poking around this part of the world—including in what is now French Guiana and Guyana—and fought a battle against the Portuguese here in 1612.

After a victory over the French, the Portuguese expanded their fort, renamed as Forte de São Sebastião.

But the fortress could not withstand a Dutch invasion which began in the Brazilian Northeast in 1630.

And then in battles with the Portuguese and natives in 1644 the fort was destroyed.

In response, the Dutch West Indies Company—a government licensed private company that operated with war powers—a new fortress on the banks of the river Pajeú was erected.

When the Dutch were forced to pull out of Brazil in 1654, the Portuguese renamed the Dutch fortress as Fortaleza da Nossa Senhora de Assunção (Fort of Our Lady of the Assumption), the source of the name for today’s city of Fortaleza.

On a tour today we visited the Cathedral as well as the Theatro José de Alencar in Fortaleza. Named after a prominent playwright, the imposing structure–built mostly of wrought iron–was completed in 1910.

While we were there, a ballet troupe was practicing for a performance of “The Pharoah’s Daughter”,  or “La Fille du Pharaon,”

This is a well-regarded but not often-produced work choreographed by the Russian master Marius Petipa to the music of the Italian composer Cesare Pugni and using the libretto of the French writer Jules-Henri Vernoy de Saint-Georges.

It was first presented at the Imperial Bolshoi Kamenny Theatre in St. Petersburg, Russia in 1862.

And now this cosmopolitan mix was on stage in Fortaleza, Brazil.

I explored the theatre from bottom to top, including the attic which contained the stained glass signage for this national treasure. 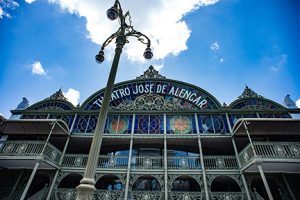 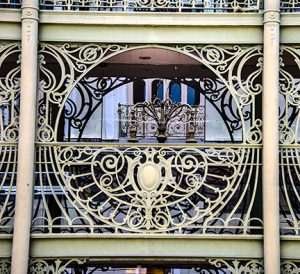 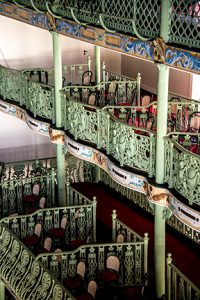 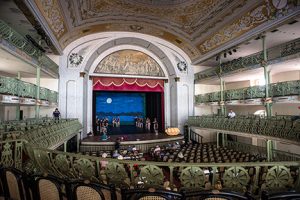 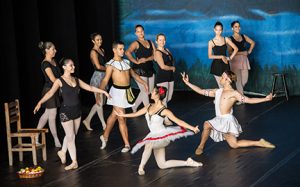 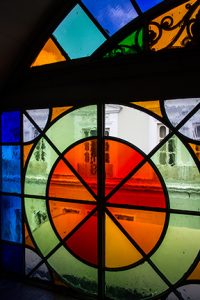 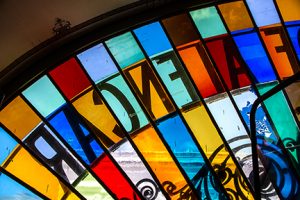