We enjoyed a beautiful afternoon evening and morning at a hot place in a hot place: Cartagena.

Here are some photos I took in the decorated streets and at sunset as we enjoyed a cold beer and celebrated the setting of the sun. 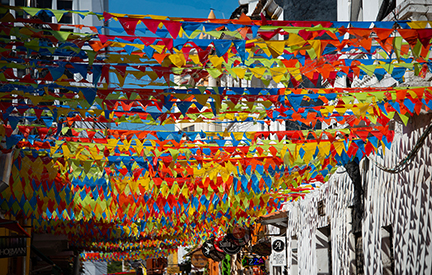 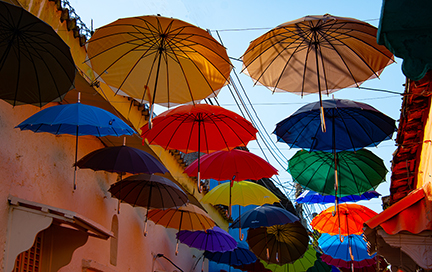 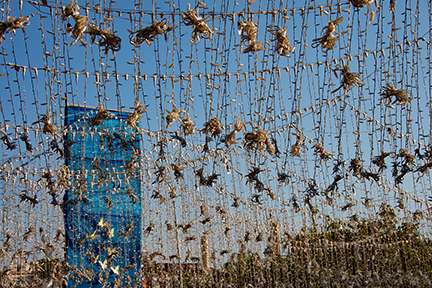 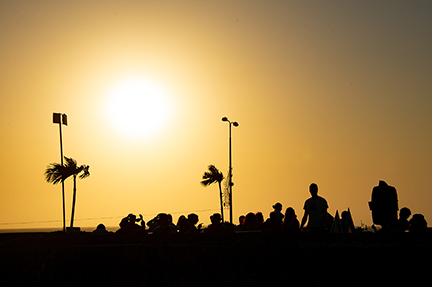 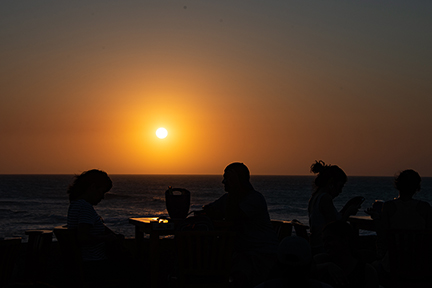 All photos by Corey Sandler. Copyright 2018, all rights reserved.

Cartagena, La Heroica, was one of Spain’s treasuries in the New World, along with Havana, Cuba.

As Spain extracted gold, silver, pearls, silk, and almost anything else they could move from the Americas and beyond from the Phillippines, China, and Japan, the had to sail their galleons through the Gulf of Mexico past the real pirates of the Caribbean.

Cartagena grew wealthy from that role, and as a result of the massive fortifications put in place by the Spanish. 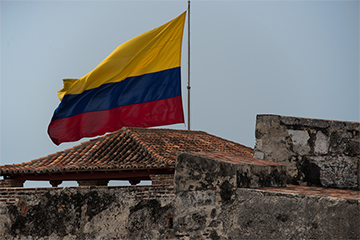 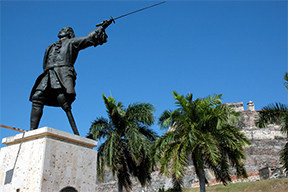 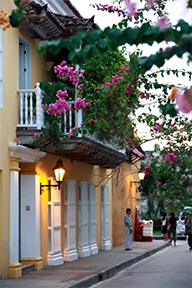 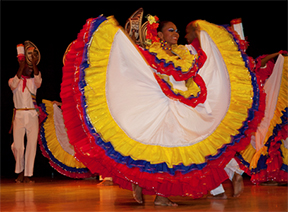 Today the city is one of the handsomest places in this part of the world, a rich stew of Spanish Colonial architecture, Spanish and indigenous food and music and dance, and the money left behind by modern tourists.

All photos and text Copyright 2018 by Corey Sandler, all rights reserved. See more photos on my website at http://www.coreysandler.com

Welcome aboard. I am happy to share some of my photographs taken aboard Viking Sky on our journey from Miami to the Panama Canal and back.

SATURDAY, JANUARY 13, 2018: Along the Tortuguero near Puerto Limón, Costa Rica

We arrived early this morning at Colón, Panama on the Atlantic Ocean and spent the afternoon in Panama City on the Pacific. Although I have made the transit of the isthmus more times than I can remember, this was the first time I did so by rail.

The Panama Canal Railway was begun in 1850 and completed in 1855 as the first mass transit across the isthmus of Panama, replacing the very difficult trails through the jungle. And then the railway became an essential part of the construction of the Panama Canal itself, when work was begun first by the French in 1881 and then redone and completed by the Americans in 1914

The American effort required the rebuilding and relocating of some of the track because the American design was based on damming the Chagres River and creating a manmade lake as the means of transit between the seas. The track today includes some of its 1850 route and some of the 1914 relocated path which parallels the Panama  Canal.

Today the railway serves mostly as a “dry canal”, carrying freight from the Atlantic to the Pacific in containers mounted on flatbed train cars, but it also runs a few passenger trips for tourists each day.

We arrived early this morning at the Gatun Locks of the Panama Canal and then rose up three locks to Gatun Lake, which today was at its maximum level of 86.7 feet above sea level.

Once we reached the lake, we made a U-turn and then made our way back down to the Atlantic Ocean. In modern cruising language, this is known as a “partial transit”, which sounds like an oxymoron to me.

I have been through the Panama Canal more times than I can remember, and it is always a thrill. I spent the day up on the navigational bridge offering commentary about our partial transit. Call it an up and down excursion…

Cartagena in Colombia is one of the best preserved old Spanish colonial cities in the new world.

We had a lovely day in Cartagena, although we were not alone: four cruise ships in port, thousands of tourists in the streets, and painful traffic jams.

The best time to visit: after hours, when the vendors and the selfie-sticks have gone home.

So, we weren’t supposed to be here in Nassau, Bahamas this morning. But a combination of bad weather and other factors in the Western Caribbean caused us to cancel calls scheduled for Montego Bay, Jamaica and then George Town on Grand Cayman Island.

We sailed two days eastward along the south side of Cuba and then turned north toward Nassau for a final port of call.

Nassau is an interesting place, mostly because of its history as a British colony somewhat similar to Bermuda and the Turks and Caicos. It was a place of plantations (and therefore slaves), and its success drew in pirates and privateers and attacks by the Spanish who contested some of the same waters.

Today, the English are still here with a Royal Governor and the police force look more like British Bobbies than the ones in London. The Spanish and the pirates are gone, and in their place hordes of tourists. Many of them arrive by cruise ship at the huge port which can accommodate five and sometimes more large ships.

One of our favorite places to visit is Christ Church Cathedral, an Anglican/Episcopal church at the corner of King and George streets. The structure is handsome, with the current building dating from 1841 on a base that dates back to the mid-1600s.

But it is the collection of plaques and other remembrances that line the walls of the church that fascinate. Any one of them could generate a novel, or at least a lecture for me.

A bit of old Nassau, hidden in plain sight

Safe travels to all.

We arrived in steamy Cartagena in the afternoon and overnighted, catching our breath in one of the most handsome old Spanish colonial cities of the New World.

Cartagena was the Fort Knox, the Las Vegas, the Tower of London: one of the principal offshore gold repositories and warehouses for the Spanish.

And for that reason it came under attack many times.

Here are some photos I took on this visit to Cartagena: 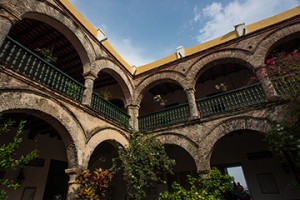 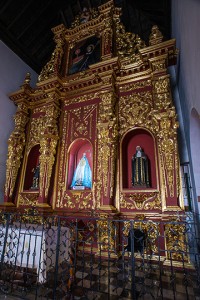 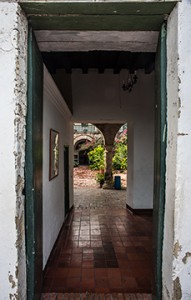 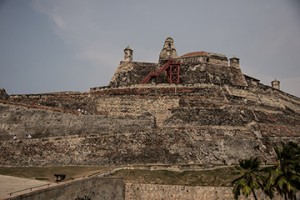 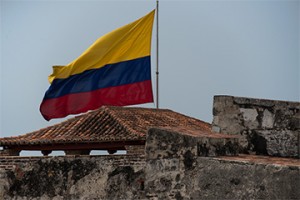 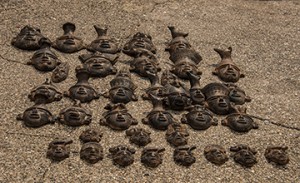 Within the Walls of the Old City of Cartagena 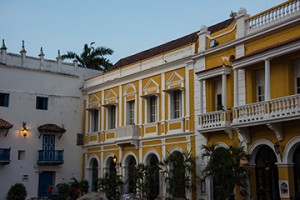 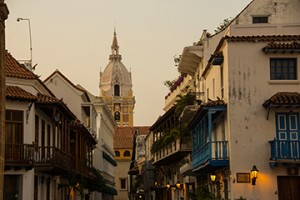 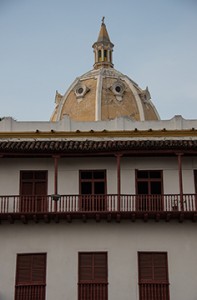 In 1533—35 years after Columbus sailed nearby and almost a century before Pilgrims arrived at Plymouth Rock in 1620—Spanish explorer Don Pedro de Heredia founded a settlement he called Cartagena de Indias.

Cartegena of the Indies, to distinguish it from Cartagena on the Mediterranean in southeastern Spain.

In 1513, Vasco Nunez de Balboa and his men walked across the Isthmus of Panama and became the first Europeans to see the Pacific Ocean from its Eastern shore.

The Spanish soon got into the business of conducting trade with Asia from what is now Mexico and California as well as pillaging Central and South America.

Traders brought back spices, silks, porcelain, ivory, and lacquerware. And there was gold.

Cartagena became the central warehouse for the treasures that came from Asia and much of the gold and silver taken from the Americas.

And it also became one of the principal targets of the real pirates of the Caribbean.

Spanish King Philip II, known as “the Prudent,” did not like losing his stuff to pirates and privateers. And so he hired Europe’s foremost military engineers to design and build Fuerte San Felipe.

The massive network of seven forts and defensive walls average 40 feet high and 56 feet thick. It became Spain’s largest fort in the Americas.

Today the heart of old Cartagena is a labyrinth of narrow cobblestone streets that open onto broad formal plazas. Street names change from block to block.

It might remind you of Istanbul, or Mdina on Malta. But instead of Muslim calls to prayer, it’s salsa and vallenato music all the time.

Cartagena’s history includes the sad story of slavery, the cruelty of some of the Spanish including a branch of the Inquisition, and more recent devolution into narcoterrorist chaos. 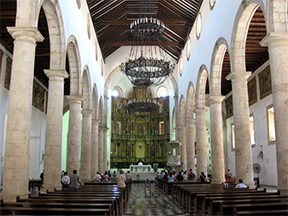 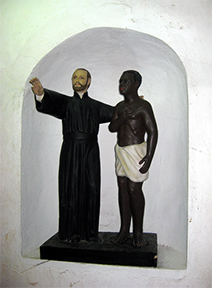 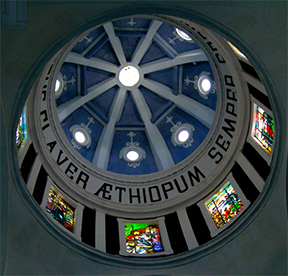 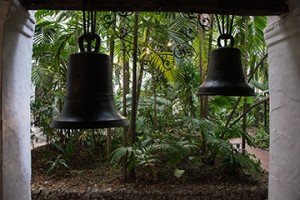 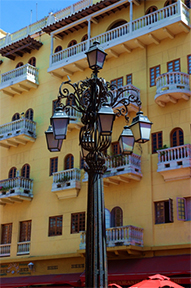 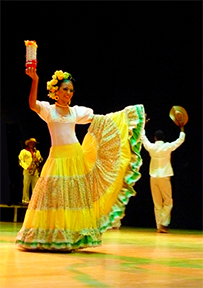 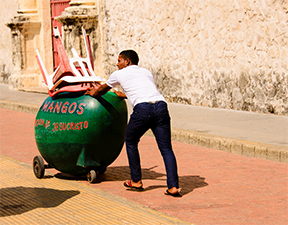 After many years of neglect, Cartagena—the jewel of the nation—has been reborn.

For those who have a bit of money, the city is a Caribbean playground: A wild party in a place of great culture. They call it rumbeando.

“Partying, dancing all night, getting drunk, waking up early to go to the beach, then doing it again.”