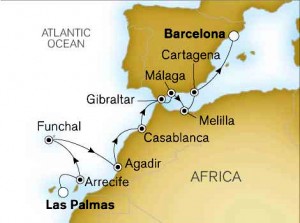 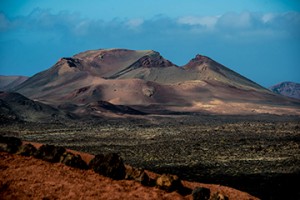 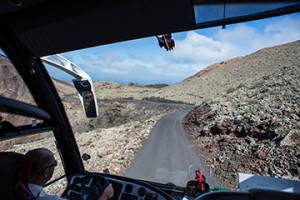 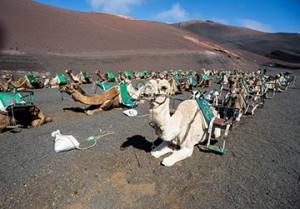 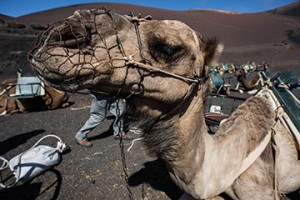 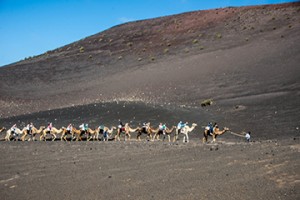 We wish safe travels to most of our guests, debarking in Las Palmas, Canary Islands after a trip up the western coast of Africa.

And we say hello to new friends, as we head to Barcelona by way of Gibraltar, Moroccco, Melilla, and the Balearic Islands of Mallorca, Menorca, and Ibiza. 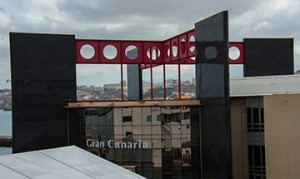 The port at Las Palmas, with Silver Wind reflected in the glass. Photo by Corey Sandler 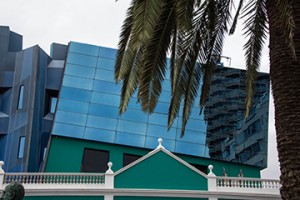 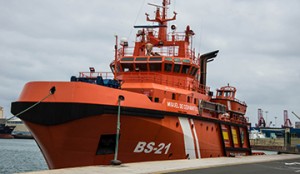 A typically quirky bit of Spanish architecture in Las Palmas, and a quixotic name for a coast guard rescue vessel in port. Photos by Corey Sandler

From Cape Verde, we headed north-northeast along the coast of Africa for two days.

Our destination: a service station outside the Pillars of Hercules.

Tenerife is in Las Canarias, the Canary Islands, an autonomous community of Spain and the outermost region of the European Union. 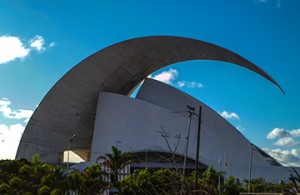 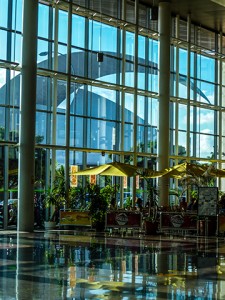 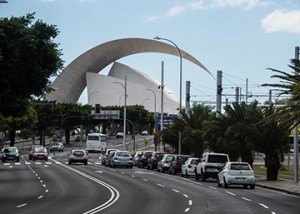 The Auditorio, a modern landmark of Tenerife. Photos by Corey Sandler

Tenerife made its fortune as a rest stop, a service station in the Atlantic for explorers, conquistadors, and traders headed to the bottom of Africa and around to Asia, or across the Atlantic to the New World.

Tenerife is the largest and most populous of the seven Canary Islands, with about 900,000 inhabitants.

That makes it the most populated island in all of Spain. To that, add about five million visitors per year.

And, though you might think otherwise, Tenerife also has the highest mountain in Spain.

El Teide is taller than any point in the Sierra Nevadas, about 3,718 meters or 12,198 feet above sea level.

Actually, considering that it stands on an island; El Teide is about 7,500 meters or 24,600 feet above the sea floor.

That makes it the third largest volcano in the world, measured from its base.

The only larger volcanoes are far away, on the island of Hawaii: Mauna Kea and the champion Mauna Loa.

Oh, and did I mention it is still active?

To be more precise, dormant. Not dead, just sleeping.

Teide is on the short list of 16 volcanoes that are under special scrutiny because of their history of large, destructive explosions and proximity to large populations.

Also on that list are well-known ticking time bombs like Mount Vesuvius, Etna, Santorini, Mauna Loa, and Rainier and ten others, mostly along the Pacific Rim.

Christopher Columbus reported seeing a “great fire in the Orotava Valley” as he sailed past Tenerife on his voyage to discover the New World in 1492.

Skipping past many other conflicts, in the late 18th century Britain and Spain had been fighting each other all around the world as each country’s colonial possessions grew.

War reached the Canary Islands in July of 1797.

After a ferocious fight, the Spanish defenders repelled the invaders.

It was in this battle that Horatio Nelson lost his right arm to cannon fire as he was trying to disembark.

He had lost an eye the year before in a battle in Corsica at Calvi.

And in 1805, at the Battle of Trafalgar, Nelson would lose his life.

Before his rise to power, Francisco Franco—who had begun to attract unappreciative notice from the Republican government back in Spain—was posted to Tenerife in March 1936.

It was while he was in the islands that Franco agreed to collaborate in the military coup that would result in the Spanish Civil War, and it was launched in the Canaries in July of 1936. 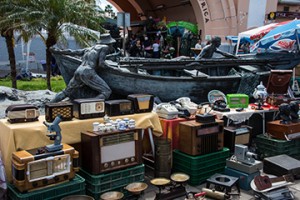 Everything but the fleas at a Sunday market. Photo by Corey Sandler