Brindisi is on the back of the heel of the boot of Italy on the Adriatic Sea, in the less-visited region of Apulia.

Because of its location, Brindisi was a very important place in the story of the pushback by Western Europe against the Muslim occupation of the Holy Land: the Crusades.

By sea, or overland, this was and is the path taken by ancient peoples and then the Greeks coming from the east.

The Romans moved the other direction to establish colonies all the way over to Byzantium which became Constantinople and then Istanbul.

And also further east into Cappadocia, Mesopotamia, and Babylonia.

To the south, to Aegyptus and Judaea or Jerusalem and the birthplace of Judaism and Christianity.

Brundisium was connected with Rome by the Via Appia and a secondary road along the coast called the Via Traiana.

The Appian Way was used by many of the Crusaders heading down to the ports of Bari or Brindisi to embark by sea.

Remnants of the road still exist throughout central and southern Italy.

On the other side of the Adriatics was the Via Egnatia, built in the 2nd century BC to connect Durres in today’s Albania across to Constantinople, now Istanbul.

Brindisi became a place where Crusaders congregated, made plans and gathered provisions, and envisioned the Holy Land before they departed.

A theme park, if you will.

In Brindisi they could visit the Temple of Saint John Sepulchre, a circular church that was a faithful replica of the Anastasis Rotunda in the complex of the Holy City Selpulchre in Jerusalem.

And they could examine the scenes of the Holy Land depicted in mosaic on the floor of the Cathedral.

On this visit,  I went with guests to the city of Lecce, at the very bottom of Italy’s boot. Lecce is a very handsome place,  made wealthy through trade including export of the local Lecce stone, a form of limestone easily worked into grand cathedrals and statues.

They kept some of the stone for themselves,  and we toured Lecce with an enthusiastic art school graduate. 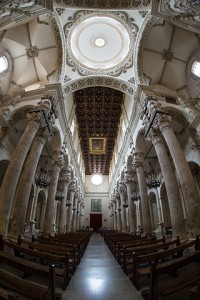 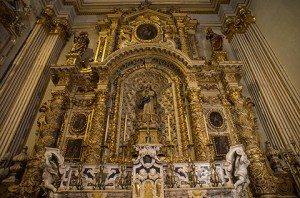 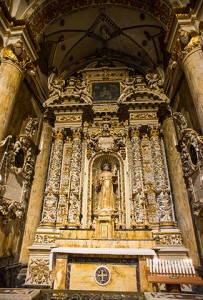 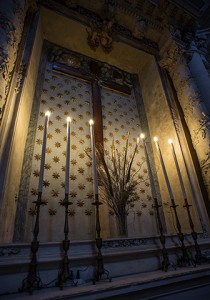 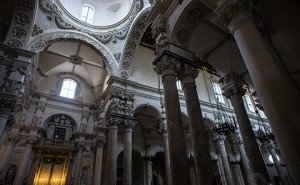 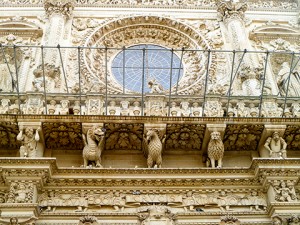 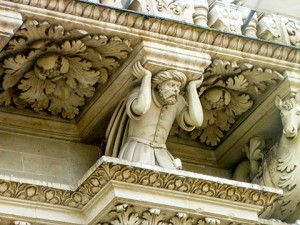 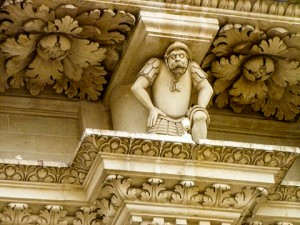 THE ROMAN THEATRE OF LECCE 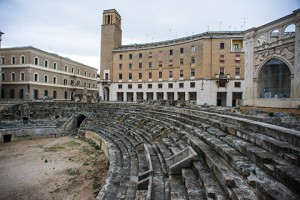