Spanish Conquistadores used the region in and around Acapulco and Ixtapa-Zihuatenejo as a point of departure to explore the Pacific coast, as well as a port in 1527 for the first ships to sail to the Philippines.

With the disappearance of the native population, fields and forests were worked by Spaniards.

This was different from much of Latin America where the Spaniards established colonies of local labor and sometimes slave labor.

As important Spanish assets, the Mexican ports also drew the attention of the pirate and privateer Francis Drake, as well as Henry Morgan and Thomas Cavendish.

For more than 256 years, the annual trade known as the Manila-Acapulco Galleon or the Nao de Chine took place.

Key to the Manila Galleons was the discovery of the northern Pacific tradewinds which allowed ships to sail back to Acapulco from Asia.

Traders in Acapulco bargained for spices, silks, porcelain, ivory, and lacquerware. After the fair, much of the treasure would be carried up and over the Cordillera to Veracruz on the Gulf of Mexico. 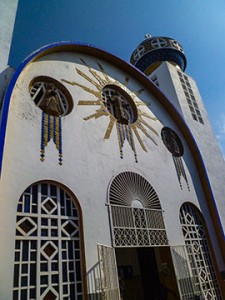 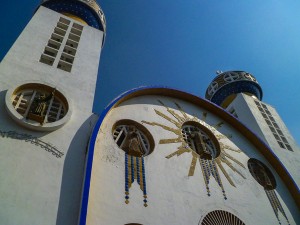 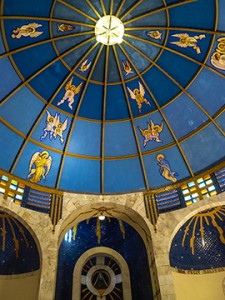 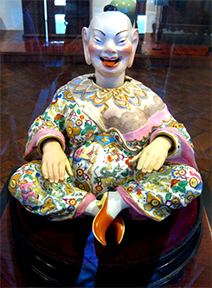 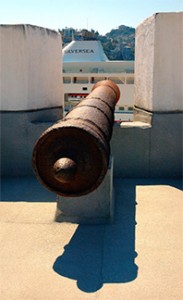 Some of the treasures of Asia brought to Acapulco, and the Fort built to fend off pirates

The five-pointed stone Fuerte de San Diego was completed in 1617. Some old guns are still in place.

After the end of the Manila Galleon, Acapulco fell into decline.

Like Panama, it recovered during the California Gold Rush that began in 1849. Many ships stopped on their way to California or on their return trip to Panama for the land crossing there.

More than a few passengers were so taken by the natural beauty of Acapulco that they decided to settle there. 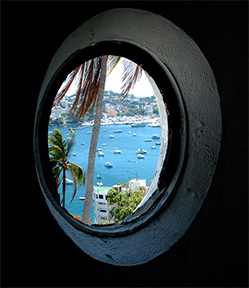 A peek through a window at an old hotel in Acapulco

And then in 1920, England’s Prince of Wales—the future King Edward VIII—helped launch Acapulco as an international tourist destination.

Then came the celebrities: John F. Kennedy and Jacqueline Bouvier honeymooned here in 1953. Elizabeth Taylor chose Acapulco for one of her weddings, to Mike Todd in 1957.

Brigitte Bardot posed on the beach. Frank Sinatra was a regular, and even sung about it in one of his signature songs, “Come Fly With Me.”

Since 1934, Las Clavadistas de La Quebrada have lured tourists. The cliff divers work their way out onto ledges in the rock, make the sign of the cross with great drama, and jump into the quebrada or ravine below.

This is a situation where what looks quite dangerous actually is dangerous. 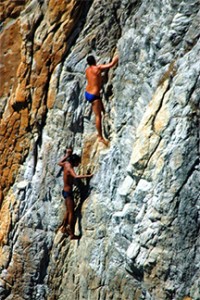 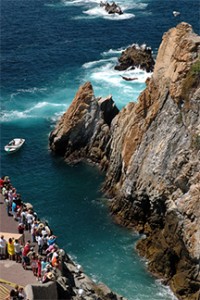 Las Clavadistas de La Quebrada. At right, a diver plunges toward the sea below

Speaking of danger, the king himself, Elvis Presley, starred in “Fun in Acapulco” with costar Ursula Andress in 1963. In that film he played a former circus worker who—because of a woman—gets trapped into a dare to dive at La Quebrada.

Elvis did not visit Acapulco for the movie, which was shot almost entirely in Hollywood. And he certainly did not jump off the cliff.