After a mere four days at sea, Silver Spirit made first landfall on the other side of the pond in Saint John’s, Newfoundland.

The first piece of land we saw was Cape Spear, which is the Anglicized/mangled version of the French name for the big rock: Cap d’Espoir, the Cape of Hope.

And around the corner in the wintry mist and rain we saw a familiar friend, our smaller sister ship Silver Cloud, returned from an expedition in Greenland. 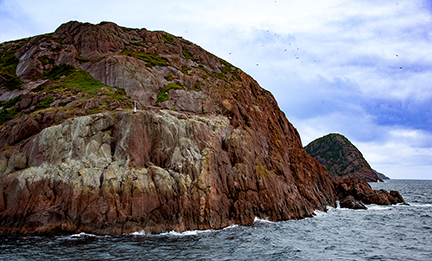 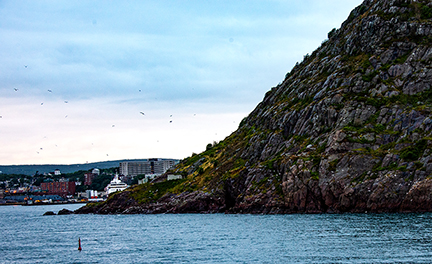 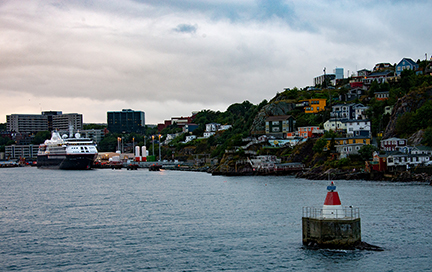 When you step ashore in this part of Canada, the landscape may seem different, but the accent and the music and other parts of the culture are infused with many things Irish. 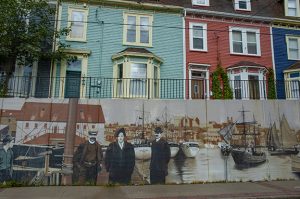 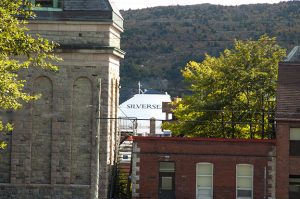 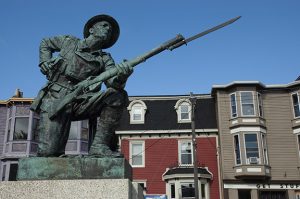 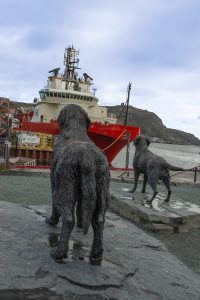 On the Great Circle Route followed by ships and airplanes, Saint John’s, Newfoundland and Waterford, Ireland are the two closest cities of Europe and North America.

Saint John’s is the capital of Canada’s province of Newfoundland and Labrador. The city itself has a population of just a bit more than 100,000, with about 181,000 in the metropolitan area.

In geographical terms, the Saint John’s is on the eastern tip of the Avalon Peninsula on the island of Newfoundland.

In historical terms, it is the oldest English-founded city in North America.

Its location as the closest significant population center in North America to Europe, a straight-line distance between the two points of about 3,500 kilometers or 2,200 miles, it attracted Italian inventor Guglielmo Marconi to set up a station that may have received the first transatlantic wireless signal there.

We have only Marconi’s word; some scientists and historians are unsure. Marconi reported hearing some faint dots and dashes on December 12, 1901, sent from Saint John’s to his wireless station in Poldhu, Cornwall.

And for the same reasons of distance, St. John’s was the starting point for the first non-stop transatlantic aircraft flight, by John Alcock and Arthur Whitten Brown.

On June 14, 1919, they flew a modified Vickers Vimy IV bomber from Lester’s Field in Saint John’s, landing a day later in a bog near Clifden, Connemara, Ireland.

It would not be until May 1927 before Charles Lindbergh would make the first solo transatlantic flight. Lindbergh flew from Long Island near New York to Le Bourget Field near Paris.