We arrived with the rising sun this morning in Cobh, Ireland and watched as the city revealed itself: 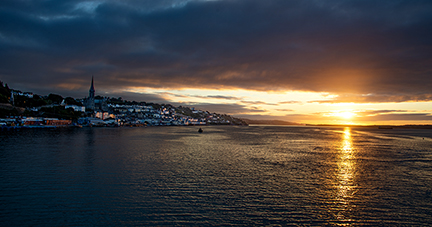 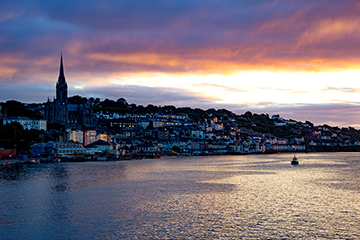 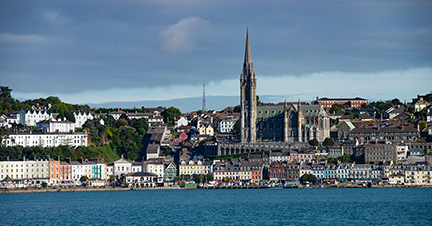 At the end of the day, we will sail out of the harbor and begin our four-and-a-half-day transatlantic crossing. First port of call in the New World is due to be St. John’s, Newfoundland in Canada on 18 September.

Cobh is a place of epic beginnings and endings.

It is one of the closest ports of Europe to Canada and North America.

Cobh—or Queenstown as it was known then—was the place from which millions of Irish departed their homeland to seek a new start in the new world, the land of milk and honey, the place where the streets were paved with gold: America and Canada.

As many as 4.5 million Irish arrived in America between 1820 and 1930, from Queenstown, other Irish ports, and British ports like Liverpool.

Today, in the United States, more than 10 percent of Americans trace their roots to Ireland.

Queenstown was the last piece of land touched by passengers on the doomed ship Titanic in 1912. 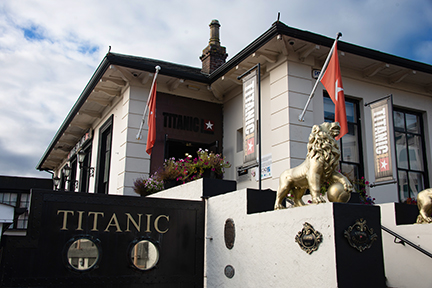 And Queenstown was just out of reach of the Lusitania, which came the other direction from New York before it was torpedoed and sunk off the Old Head of Kinsale in 1915. 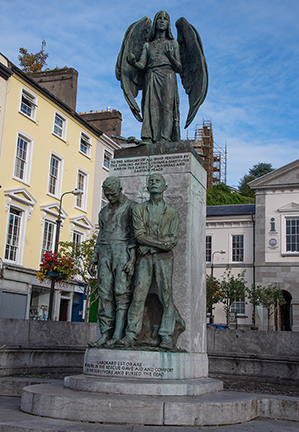 A memorial to the victims of the sinking of the Lusitania by German submarine U-20.­

On this visit I went with guests by ferry to Spike Island in the harbor, built up as a fortress and later made into one of the largest prisons in the world. After passing from British to Irish hands, the last convicts finally left this dreadful place in 2004. 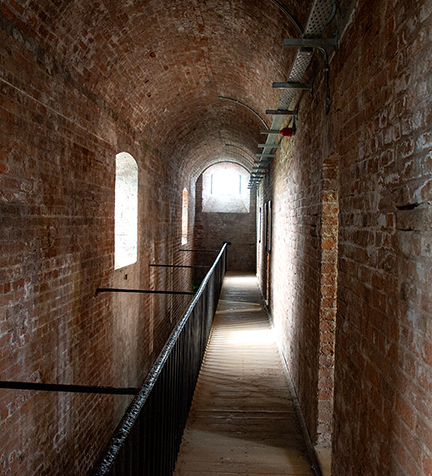 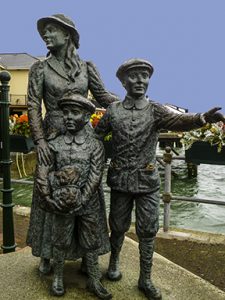 This statue remembers Annie Moore and her brothers, said to be the first Irish emigrants to leave for Ellis Island in New York. There is another copy of the statue at Ellis Island. 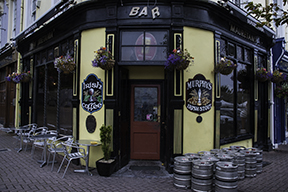 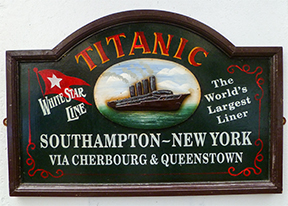