Welcome to a famous city, the capital of Scotland, a place that is among the more commonly mispronounced locations in the world.

Resist the urge to call it Edin-BURG.

In Scotland and Northern England, starting from King David I in the 12th century, significant communities were awarded the status of a Royal Burgh, pronounced BURR-ah, never mind the spelling.

Someone should tell that to the residents of the steel town of Pittsburgh in Pennsylvania. 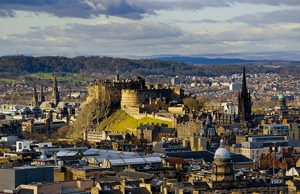 By most appraisals, Edinburgh has the strongest economy of any city in the United Kingdom outside of London and the highest proportion of professionals in the UK with 43 percent of the population holding a degree-level or professional qualification.

The modern economy is based mainly on financial services, scientific research, higher education, and tourism.

Edinburgh is a festive place, whichever nickname you choose to apply. There is a gathering of some sort almost every month of the year, but in the summer, from July to September, they are almost continuous.

All together, the festivals attract about 4.4 million visitors, generating more than £100 million pounds for the local economy.

The longest established is the Edinburgh International Festival, first held in 1947, with a program of theater, classical music, and other performances.

This has since been overtaken both in size and popularity by the Edinburgh Fringe, which began as a program of comedy and marginal acts alongside the “official” Festival and has become the world’s largest performing arts festival.

And then there is the Edinburgh Military Tattoo which occupies the Castle Esplanade every night during its run, with massed pipers and military bands drawn from around the world.

And as it happens, we will be in town on the second day of the Edinburgh Blues & Jazz festival, which generally (but not always) does not include bagpipes.

We enjoyed a day of bright sun, warm temperatures, and spirited political demonstrations.

Here is some of what we saw today: 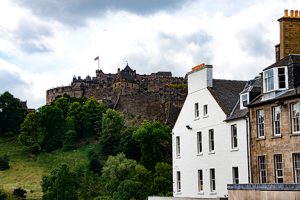 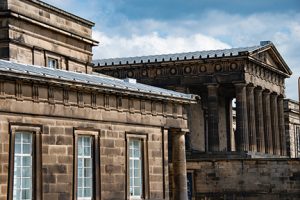 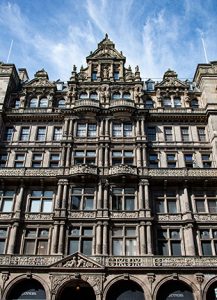 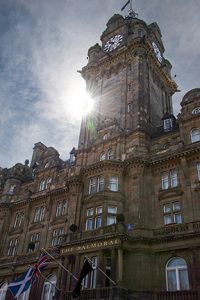 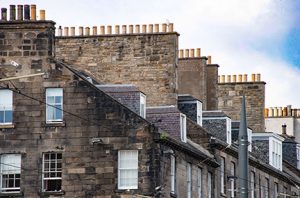 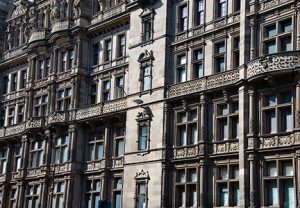