Scrabster is very close to the top of the mainland of Scotland, at 58.6 degrees north latitude.

We docked under a spectacular sky, reminding us–at least in metaphor–that we were near the top. 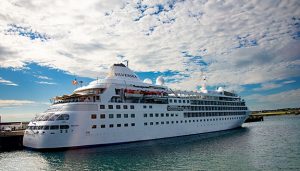 The small settlement is still an important fishing port of Scotland. Population is only a few dozen, with more living in nearby Thurso.

Scrabster’s name is derived from Old Norse, meaning Skerry Town. A Skerry is a small rocky island, too small for habitation.

As the closest mainland port to the oil and gas activity west of Shetland and on the Atlantic Frontier, Scrabster is deeply involved in the logistics of the offshore oil industry in the North Sea.

Today I went with guests on a trip to visit the Castle of Mey, in Caithness, about 6 miles or 10 kilometers west of John o’ Groats.

THE CASTLE OF MEY 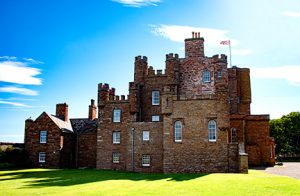 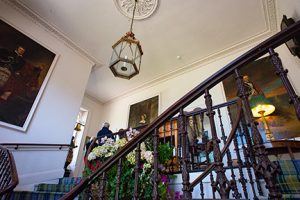 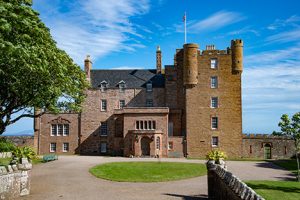 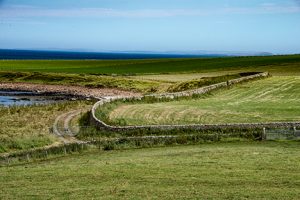 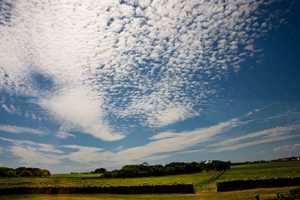 The lands of Mey belonged to the Bishops of Caithness. The Castle of Mey was built between 1566 and 1572.

In 1952, the place was in a semi-derelict state when it was purchased by Queen Elizabeth The Queen Mother, the widow of King George VI, who had died earlier in the year.

The Queen Mother had the castle restored as a holiday home, removing some of the 19th-century additions, and reinstating the Castle’s original name.

The Castle of Mey was the only residence directly owned by Queen Elizabeth. She regularly visited in August and October from 1955 until her death in March 2002.

In the Netflix television series, The Crown, which claims to be something close to historically accurate, and is in any case very entertaining, we see the widowed queen finding the castle and deciding the isolated, gloomy, falling-down place was perfect to lift her spirits.

The castle is now in a trust, and open to the public in the summer except for a period of ten days at the end of July and the beginning of August, when Their Royal Highnesses The Duke and Duchess of Rothesay—that would be Charles and Camilla—usually come for a stay.

On our way back to the ship we stopped at Dunnet Head, which is the northernmost point of the United Kingdom. It looks directly across the sound at the Orkney Islands with a view of the Old Man of Hoy.

We are due to visit the Orkney Islands in about 10 days on our way back from Iceland. 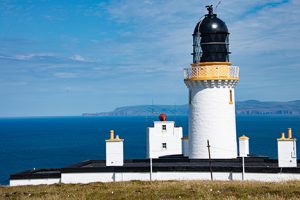