Belfast has had its ups and its downs, its launches and its sinkings.

In the late 19the and early 20th century it was a center for two major industries: linen (which is the source of one of the city’s nicknames, Linenopolis), and shipbuilding.

The main yard, Harland and Wolff, built a ship you may have heard of: the RMS Titanic.

But in the early 20th century, this was the biggest and most productive shipyard in the world, and Belfast was at the heart of the Industrial Revolution. 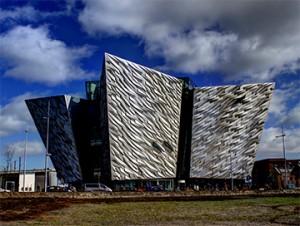 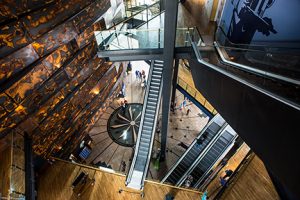 The Titanic Museum in Belfast 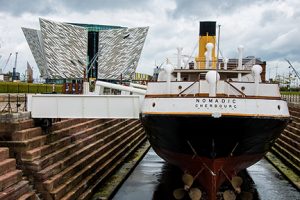 At the museum, the Nomadic, constructed as a tender for her big sister the Titanic. Photos by Corey Sandler

Harland and Wolff became one of the largest shipbuilders in the world, employing as many as 35,000 workers.

The shipyard is now the location of the world’s largest dry dock, where the giant cranes Samson and Goliath stand out against Belfast’s skyline.

Most of its work now involves support for offshore wind and oil platforms.

And nearby is a very popular modern museum that tells the story of the design and construction of the Titanic.

On this visit, once again under an unexpected bright sun and blue sky, we returned to some of our favorite haunts in this monumental city, starting with the impressive City Hall which I photographed outside, inside, and in reflections of nearby buildings. 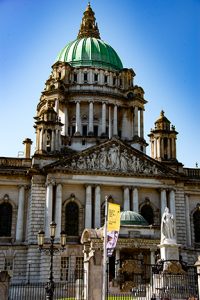 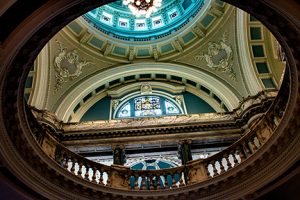 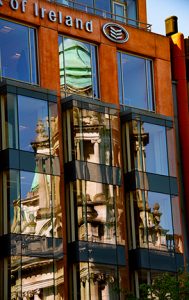 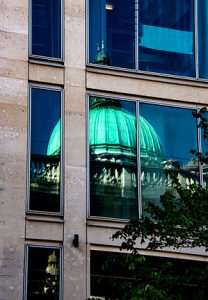 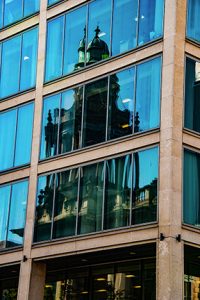 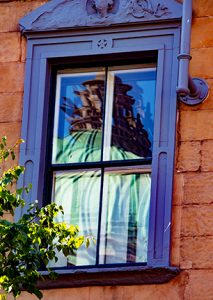 From there to the Grand Opera House, a place that truly deserves its superlative. The structure went into an ignominious decline to serve as a movie theater and then came perilously close to being converted to a bowling alley before being saved and restored in the late 1960s. 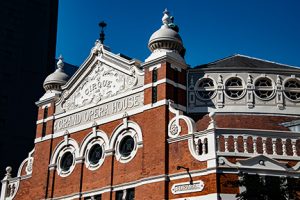 And finally, we paid a call to the Crown Saloon, an opulent watering hole and the only pub currently owned by the National Trust. 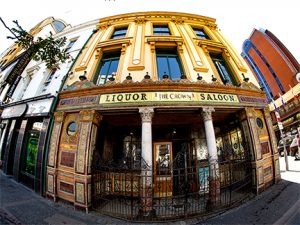 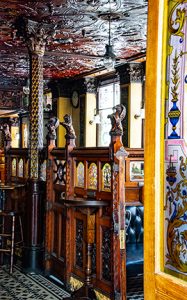