Salvador is home to about 3 million residents in the city and about 4 million in the metropolitan area.

And its Carnival celebration—not Rio de Janeiro’s—is claimed by some to be the largest party in the world. It would be difficult to perform an actual count, but it certainly is very, very large and involving nearly everyone in town plus visitors for a full week. Just the organizing of the event involves about 100,000 people.

COMING IN TO SALVADOR 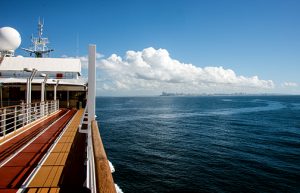 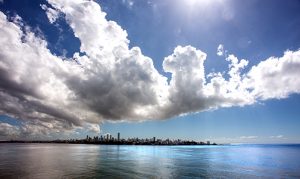 Salvador was founded by the Portuguese in 1549 as the first capital of Brazil, making it one of the oldest colonial cities in the Americas.

Salvador’s considerable wealth and status during colonial times can still be seen in the magnificence of its old palaces, churches and convents, most of them from the 17th and 18th centuries.

The colorful Pelourinho district of the upper town, the Historic Center of Salvador, is a UNESCO World Heritage Site, a well-preserved Portuguese colonial town with a somewhat off-color back story.

As the first capital of Portuguese America, Salvador was a center of slave labor and had its pillories, or “pelourinhos” installed in open squares to administer punishment.

The local cuisine is mostly based on African recipes and spices. Many dishes are prepared with azeite-de-dendê, an oil extracted from palm trees brought from West Africa in colonial times.

Here in the Salvador region, most of the slaves were brought from Sub-Saharan Africa, especially the Yoruba-speaking nation, present-day Benin.

The enslaved were forced to convert to Roman Catholicism, but their original religions came into the mix, forming the syncretic religion Candomblé, which survived despite prohibition and persecution.

The slaves managed to preserve their religion by attributing the names and characteristics of Yorùbá deities to Catholic saints with similar qualities.

Candomblé is considered to have originated in Salvador, and it continues to be centered here; about two million followers are in Brazil, Argentina, Uruguay, Paraguay, and Venezuela.

The most obvious place where Candomblé and Roman Catholicism come together is at The Church of Nosso Senhor do Bonfim (Our Lord of the Good End.)

The most famous Catholic Church of Salvador, inaugurated in 1754 on a hill in the Lower Town, and is the site of a famous festival held each January.

The veneration of Nosso Senhor do Bonfim, represented by the crucified Jesus in the moment of his death) is an old tradition in Portugal that was imported to Brazil during colonial times.

Faithful make an 8-kilometer or 5-mile procession to the Bonfim Church, led by by Bahia women in traditional white costume with broad skirts.

When they reach Bonfim, the women wash the steps and the square in front of the church with perfumed water, while dancing and singing chants in Yoruba.