We’ve not only crossed the border to a new country on this trip, Brazil, but also a language barrier to Portuguese. This flank of South America, as well as parts of Africa to the east, were under control of Portugal starting from the early ears of the exploration of the New World.

Itajaí was begun in 1658 when settlers from São Paulo arrived.

But the handsome setting grew significantly beginning in 1750, when Portugal encouraged colonists to come from Madeira and the Azores islands.

And as was the case throughout the lower portion of South America and elsewhere, by the end of the 19th century the region received a great number of German immigrants.

The city is on the north coast of Santa Catarina State, at the mouth of the Itajaí-Acú river which allows some commerce into the interior.

The approach to the port is interesting, passing between two protective breakwaters. That’s good for the comfort of ships within the port. The not-so-good news is that the city is basically flat, its highest point Morro da Cruz, about 170 meters or 560 feet above sea level.

Because of that flatness along the sea, and the river that exits through it, the city and most of Santa Catarina State area is prone to torrential storms, especially during the Spring, which is about now. Floods are frequent.

In November 2008, 90 percent of the city was underwater and about 100 people perished.

On the other side of the same bay is the beach resort of Balneário Camboriú, about 10 kilometers of 6 miles to the south. There are not one but two fine beaches here, and they are connected one to another by a cable car.

One of its nicknames is the “Brazilian Dubai” because of its modern skyscrapers and wealthy tourists.

We took the cable car up to the Parque Unipraias on a hill between the beaches and explored a small protected rainforest there and also watched cable cars, zip lines, roller sleds and other entertainment installed on the hillside. 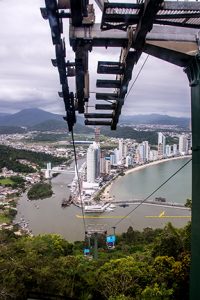 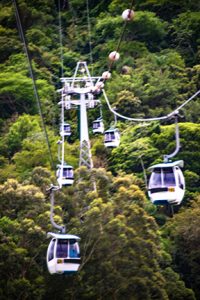 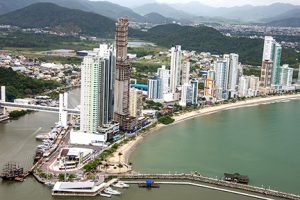 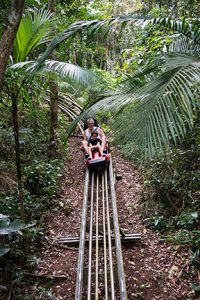 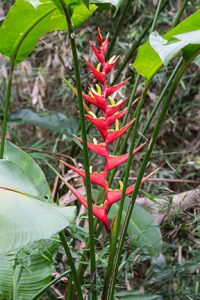 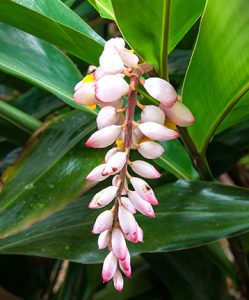 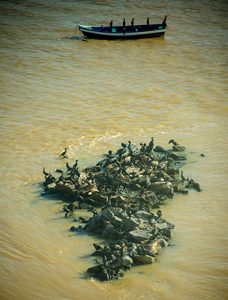 Then we took the cable car down to the second beach at Laranjeiras. and celebrated the day with a glass of Caipirinha, a cocktail made from local cachaça, a rum-like form of fire water made from sugar cane. One glass tastes very good. Two glasses more so. Three glasses not so much when you return to the cable car.