Just about one month ago Silver Muse departed Fort Lauderdale in the Atlantic Ocean and proceeded to cross the Continental Divide through the Panama Canal to the Pacific Ocean.

Yesterday we wound our way through the fjords and waterways that carve the bottom of South American continent into thousands of islands and rocks, heading from Punta Arenas toward the Northwest Arm of the Beagle Passage and on to Ushuaia, our first port of call in Argentina.

Our passage was southward and then east, a recrossing of the American continent that will lead us once again to the Atlantic. 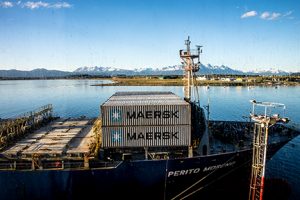 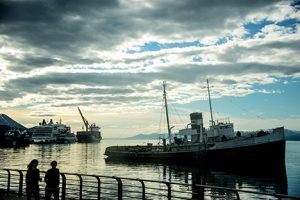 At the Dock in Ushuaia. Photos by Corey Sandler

We arrived at Ushuaia, the capital of Tierra del Fuego in Argentina, commonly regarded as the southernmost city in the world.

Except that it really isn’t.

Punta Arenas, Chile, our port of several days ago, is the largest municipality in the region, with a population of more than 130,000. It sits 53 degrees 10 minutes South, which is north of Ushuaia, but here’s the fine print: Punta Arenas is on the mainland of South America while Ushuaia is on the island of Tierra del Fuego.

Ushuaia, Argentina, with about half the population, is at 54 degrees 48 minutes South, which by my calculations is about 95 miles closer to the Geographic South Pole.

But if your sole measurement is latitude, then you have to consider Puerto Williams, Chile, at 54 degrees, 56 minutes south, 6 miles closer to the South Pole. But it, too, is on an island: Isla Navarino in the Beagle Channel. And does a place with about 2,874 people have the right to call itself a city?

However you do the math, there are no cities or towns or other municipal entities further south than these three…unless you want to include research stations in the Antarctic. 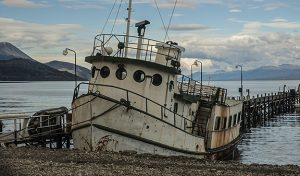 On this visit, I went with guests on a tour that began at the Ushuaia Prison, a foreboding place that was the core of the community beginning about 1902. It was an effort by Argentina to plant its flag here near the bottom, and the prison held as many as 600 men at its peak.

Some called it the Southernmost Dungeon.

In a few weeks we will see a different, awful version when we visit Devil’s Island off the coast of French Guiana.

Conditions were harsh and the men were guarded closely, although it was also understood that there was little chance that many would attempt to escape into the cold and unforgiving nothingness all around. 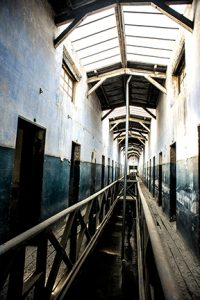 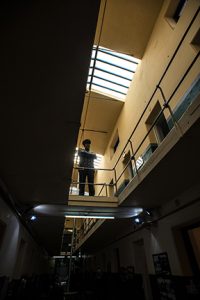 The men were forced to work harvesting timber from the cold land of Tierra del Fuego, at first pulling the logs back to town on sledges. Eventually, though, the men worked to build and maintain the southernmost railroad in the world, cut through the forest to haul the logs back home.

The prison was shut in 1949, and the railroad stopped in the 1960s. A portion of the train track has been restored, with vintage steam locomotives brought from as far away as South Africa for the narrow-gauge track.

The height of the tree stumps in the “cemetery of trees” indicates when the cutting was done; stumps cut close to the ground were hand sawed or axed in summer, while those standing taller were cut down when snow was deep. 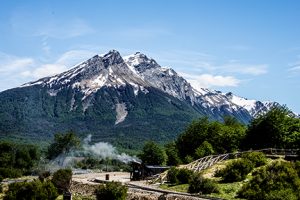 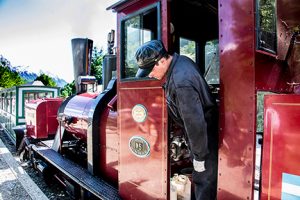 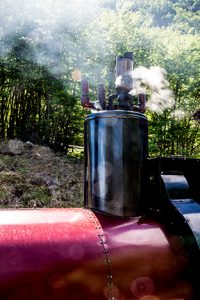 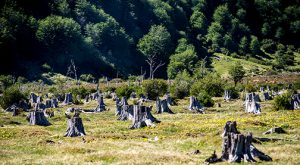 MAGELLAN BEFORE THE CHANNEL BORE HIS NAME

Portuguese explorer Ferdinand Magellan, sailing for Spain, was the first known European to visit the islands, in 1520.

He wrote that he saw many fires (fuego in Spanish) from his ship, and he believed they were signals by the natives hiding in the forest and waiting to ambush his armada.

The fires, they say, were lit by the Yamana because it was cold.

On his first voyage, in 1830, British commander Robert Fitzroy captured four native Fuegians after they stole a small boat from his ship. The abducted men included Orundellico.

Orundellico’s family was given a mother of pearl button; it is unclear whether they agreed to the exchange or if he was merely abducted.

He was given the name Jemmy or Jeremy Button, and he was brought back to England as a trophy, a “noble savage”. Jemmy Button eventually was brought home to Tierra del Fuego, and his name still has a strong effect amongst the dwindling number of indigenous people in the area.