We’re off on the second leg of our circumnavigation of South America. On this voyage we’ll continue down the west coast of the continent with a few forays into the wondrous fjords and straits of Chile and then across the pointy bottom near Cape Horn before turning back to the north and beginning our trip northward. 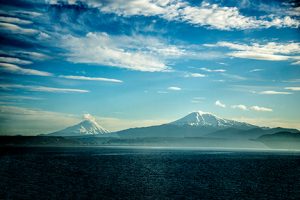 The Osorno and Calbuco Volcanoes from Our Ship at Anchor in Puerto Montt. Photos by Corey Sandler

We are aboard an Italian ship with a crew from Europe, the Philippines, and many other places, having departed the United States with a ship’s complement of Brits, Aussies, Americans, Europeans, and nearly every else.

All of which is appropriate as we head into Chile, Argentina, and Brazil which each have been greatly influenced by immigrants and outside powers. Spanish, British, German, French, Italian, and Croatian among them.

Puerto Montt is a fairly large community, nearly 200,000 in population, and by some accounts the fastest-growing city in Chile.

And it has a different story, with a history that only dates back to about 1853.

It was not a place established by the Spanish, but instead a purpose-built port and city created as a gateway into the interior at the southern end of the Central Valley.

Chile feared that its sparsely inhabited country—especially to the south—could come under control of foreign European powers seeking to establish new empires.

Across the nation, according to one estimate, about 500,000 Chileans have some German ancestry out of a total population of about 18 million.

The presence of the Germano-chilenos caused some complications and shades of gray in the leadup to World War II and the postwar years.

I went with guests on a wondrous journey from Puerto Montt to Vicente Pérez Rosales National Park for closer views of Volcan Calbuco and the Petrohué Rapids. 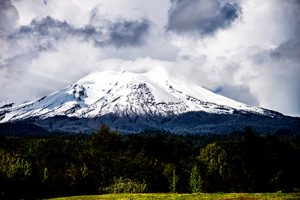 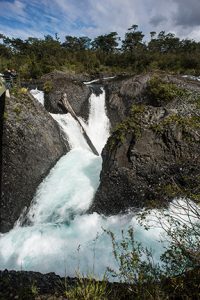 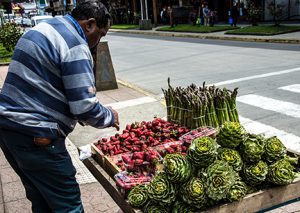