This little piece of Brittany has a story of its own as well as a firm hold on pieces of European, North American, and South American history.

It’s all about location: offshore islands at the mouth of an important river.

Before the arrival of the Romans, a promontory fort had been erected at Aleth, south of the Saint-Servan district, commanding the approaches to the Rance River.

A monastic settlement founded by Saint Aaron and Saint Brendan in the early sixth century included a follower of Brendan, Saint Malo or Maclou.

The settlement has a long history of setting itself apart.

Walking through the cobblestone streets of Saint-Malo feels like time travel, little changed from the 1500s, when the explorer Jacques Cartier set out from here for the New World.

But, in full disclosure, almost everything you see has been rebuilt from the rubble of World War II.

This beautiful little place, a fortified town on what was once an island, was a German holdout after the Normandy landings to the north. Allied forces wanted to open up additional ports to bring ashore men and supplies, and Saint-Malo was one of the places chosen.

In late August and early September 1944, the historic walled city of Saint-Malo was almost totally destroyed by American shelling and bombing as well as British naval gunfire.

We anchored offshore today under gray skies and drizzle, which was displeasing to some but seemed very appropriate for the ancient (rebuilt) fortifications and cobbled streets.

I went through the walls into the Cathedral, lovingly reconstructed after World War II. To the right side of the altar, I paid a visit to the tomb of Jacques Cartier. 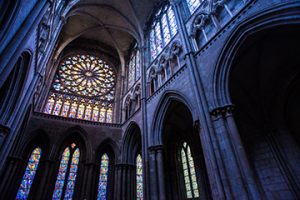 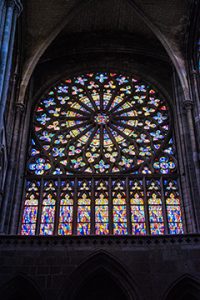 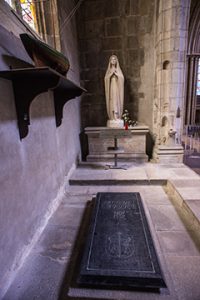 And outside the cathedral, a shop displayed a map of Saint-Malo and some modern furnishings, with the store windows reflecting the old city. 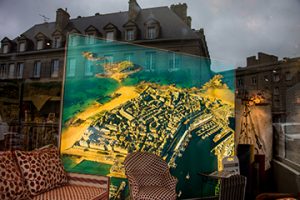 On previous visits,  I went about an hour inland in Brittany to the beautiful,  mostly untouched Medieval town of Dinan on the Rance River.

We inspected the half-timbered shops and the simply elegant Saint-Saveur church.  I also made a visit to the Chateau of Dunan. 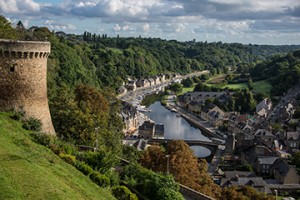 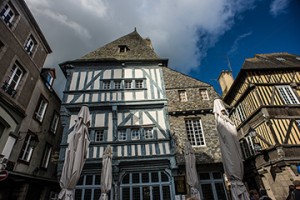 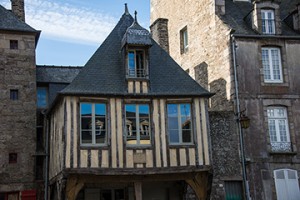 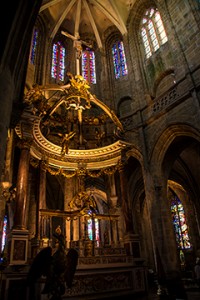 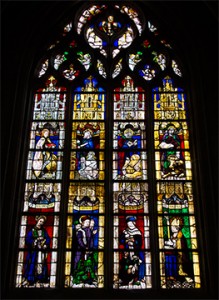 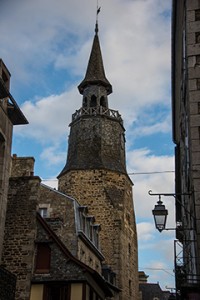 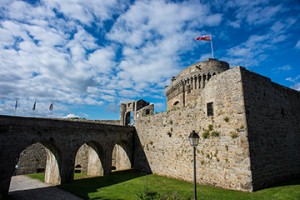