The Greeks, the Lydians, the Romans, the Queen of the Amazons, Diana, the evil eye, the Persians, Saint Paul, Saint John, the Virgin Mary (perhaps), a beautiful port, and throngs of pilgrims.

Kusadasi, on Turkey’s west coast, is the gateway to the extraordinary remains of the ancient city of Ephesus.

We arrived this morning to a wary city, certainly Turkish but very much oriented to modern tourism. The Turks of Kusadasi, like the vast majority of the ones I have met over the years,  are gracious, welcoming, and uncertain about their country’s future.  I wish them well.

The Silk Road reached Ephesus, nearby to Kusadasi, as early as 475 B.C., during the time of Herodotus. The path ran some 2,857 kilometers from the city of Susa in western Persia (now Iran) to the port of Smyrna (modern İzmir in Turkey) on the Aegean Sea.

The Roman Empire took possession of the coast in the 2nd century BC, and into the early years of Christianity.

Saint John the Evangelist came to the area, and according to Roman Catholic sacred tradition, so too did the Virgin Mary.

The city at the navigable end of the Menderes or Cayster River, Ephesus, was one of the twelve cities of the Ionian League during the Classical Greek era.

In the Roman period, in the 1st century BC, Ephesus was a major city. In the year 100, it may have been home to as many as 500,000 people. That made it one of the largest cities in the Mediterranean.

A few hundred years into the modern era, the city was damaged by earthquakes and the river silted up, leaving its harbor landlocked.

Today it is one of Turkey’s major tourist lures, a spectacular view of the bones of a major ancient city. 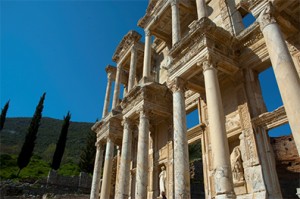 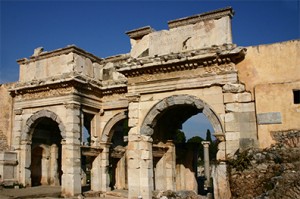 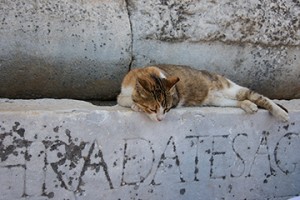 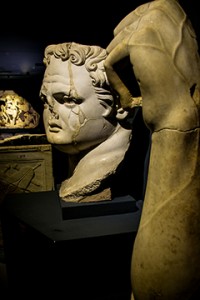 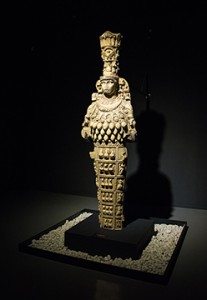