We return to the largest of the Balearic Islands, Mallorca as in major. On this visit, Silver Cloud we called at the capital  city of Palma, a very green and handsome city in the Mediterranean.

Sailing over last night from Barcelona we enjoyed a spectacular thunderstorm,  a wondrous sight from aboard ship with 360-degree views of the horizon.  This morning dawned clear, and we hope for dry days on land.

I went out in search for remembrances of Antoni Gaudi along the lush and green boulevards of Palma. 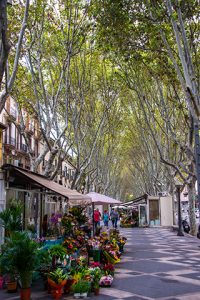 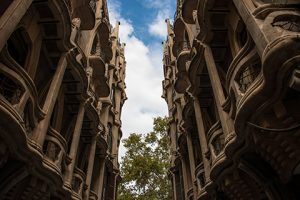 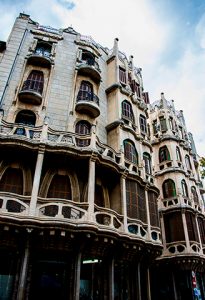 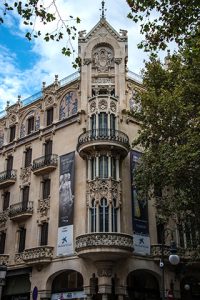 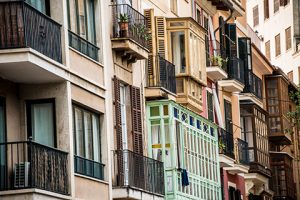 We were in Palma de Mallorca on 13 September, and in the resort town of Alcudia on Mallorca on 20 September. You’ll find additional photos and commentary in the blog entries for those days.

It was under Roman rule that the towns of Pollentia and Palmaria were founded. The local economy was based mostly on the cultivation of olives and grapes and the mining of salt.

The Romans were ousted in 426 when the Vandals sacked the island. And then came the series of back-and-forth invasions and clashes of culture that is part of the Mediterranean story.

In 534, Majorca was conquered by the Byzantine Empire, and administered as part of the province of Sardinia. Under Byzantine rule, Christianity flourished and numerous churches were built.

But starting in 707, the island was increasingly attacked by Muslim raiders from North Africa. In 902, the Caliphate of Córdoba conquered Majorca and eventually the island was managed from Damascus.

The locals were quite active in the sacking of ships (both Muslim or Christian) which passed nearby. Eventually, the piracy lead to retaliation from Al-Andalus, (Moorish Iberia) which launched its naval power against the city and the whole of the Islands.

And then about 844 came the first of a number of attacks by Vikings; they sacked the entire island.

But through it all, the Muslims were the dominant power until 1114.

Now the Europeans came storming in, at least for a brief moment. In 1114, an expedition of Pisans and Catalans overran the island, laying siege to Palma for eight months. After the city fell, the invaders retreated, and were replaced by tribes from North Africa, Berber Muslims who ruled until 1229.

And then from 1479, thirteen years before Columbus, the Crown of Aragon was in dynastic union with Castile, during the buildup of the ambitions and the power of Ferdinand and Isabella.

Let’s just say that Mallorca has seen history come at it in all directions. 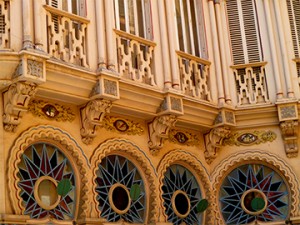 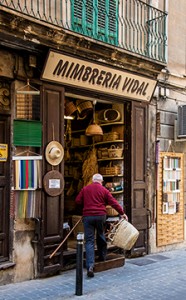 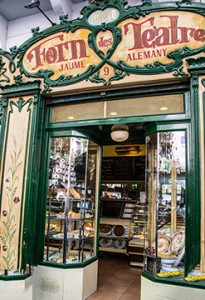 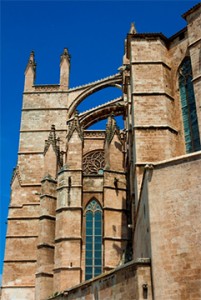 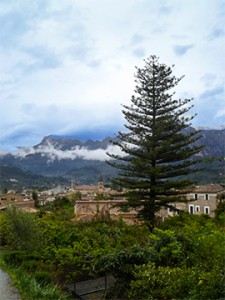