Corfu is a little piece of Greece, the seventh largest of the country’s islands. But in many ways it does not much resemble the rest of Greece.

Its history includes a long period of domination by the Venetians, a bit of French, and a few decades of British rule. 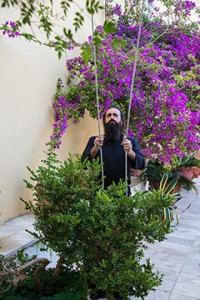 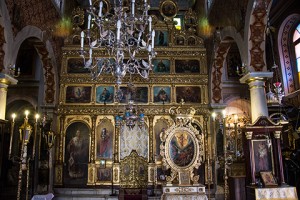 In 1386 the islanders placed themselves under the protection of Venice, which kept it for four hundred years. Corfu—or Kerkyra as it was called–was known as the “Door of Venice”,

The presence of the Venetians offered some protection but it also attracted assaults by Turkish naval and land forces. The Siege of Corfu in 1537 landed 25,000 soldiers from the Turkish fleet of Suleiman the Magnificent. They pillaged parts of the island and took 20,000 hostages.

But in the city, the castle held and the Turks withdrew because of lack of supplies and an epidemic.

The second great siege of Corfu took place in 1716, during the last Turkish-Venetian War. On July 8 the Turkish fleet of 33,000 men was encountered by the Venetian fleet off the channel of Corfu and was defeated.

Despite repeated assaults and heavy fighting, the Turks were unable to breach the defenses and were forced to end the siege after 22 days. The 5,000 Venetians and foreign mercenaries, together with 3,000 Corfiotes, were victorious.

The repulse of the Ottomans was widely celebrated in Europe, Corfu being seen as a bastion of Western civilization against the Ottoman tide and in many ways marked the beginning of the end of that empire as it began to pull back toward Constantinople. 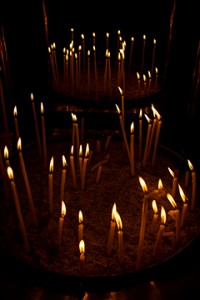 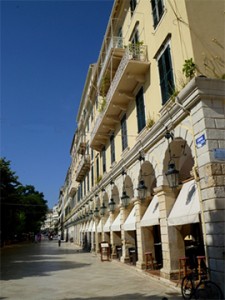 Empress of Austria Elisabeth of Bavaria, also known as Sissi, was a woman entranced by beauty.

She lost her only son, Crown Prince Rudolf of Austria, when he committed murder-suicide with his mistress in 1889, in what became known as The Mayerling Incident. This was one of the string of events that would eventually lead to the ascension of the Archduke Franz Ferdinand whose assassination was an immediate precursor to the first World War.

In 1890 Elisabeth built a summer palace to the south of the city of Corfu, with the powerful mythical hero Achilles as its central theme.

The palace, surrounded by neoclassical Greek statues, is a monument to platonic romanticism. It was named Achilleion, after Homer’s hero Achilles.

Achilles is everywhere within: paintings and statues in the main hall and the gardens.

In 1898, Empress Sissi was herself assassinated by an anarchist in Geneva, Switzerland.

After her death, the palace was purchased by German Kaiser Wilhelm II, who had his own thing about Achilles. Today, the Achilleion Palace has been converted into a museum, a very worthy place to visit in Corfu. 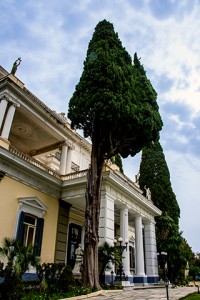 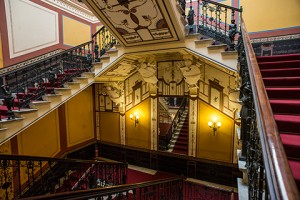 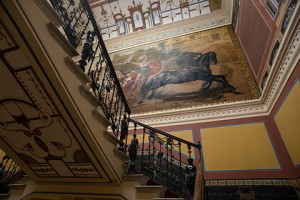 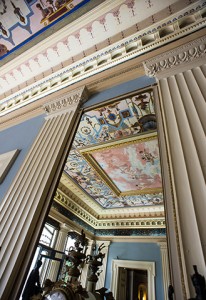 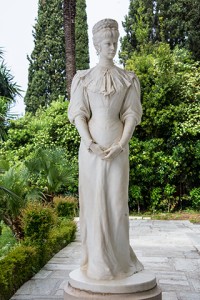 The last statue is that of the Empress herself, with her famously–frighteningly–narrow waist. She did pay for the statue,  so perhaps there was a bit of alteration included.  Or not.