We’re on a ship, you see. A particularly nice one, as a matter of fact.

We have great food, fine accommodations, and a polished and capable crew.

What we don’t have is the ability to still the winds and calm the seas. The Mediterranean has been rather stormy for the past few weeks; nothing epic and not that evident aboard ship. But the swells in some ports have been quite high and that has affected our ability to use our ship’s tenders to come ashore in ports that do not have a dock.

That was why we ended up at the dock in Porto Torres on the island of Sardinia a few days ago instead of our intended call around the corner in Alghero.

We visited Cannes, as per schedule. But our captain decided that the forecasted seas offshore of Monaco and offshore of Portofino–our two following ports–were too high.

And so we diverted to Genoa, Italy for two nights. From Genoa we were able to offer tours by land to Portofino. And some guests went overland to other treasures of Liguria including Santa Margherita Ligure and Camogli.

But for many guests, it was Genoa that was a revelation. For many decades, Genoa was considered a dark and unappealing commercial port, off the regular tourist path. 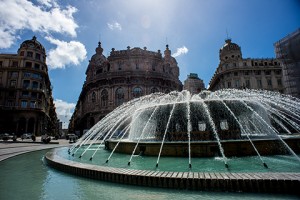 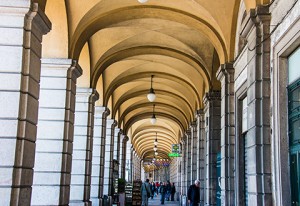 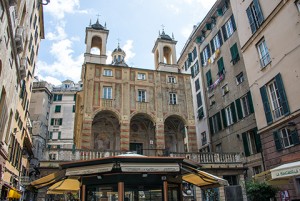 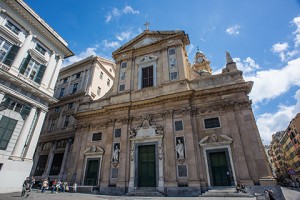 Genoa is a city more than one million, the capital of the region of Liguria. Its niuckname is La Superba,  the Proud One.

Genoa, one of the ancient Maritime Republics of Italy, had a glorious past and its old city is filled with impressive palaces and churches and other structures, many of them restored to their former glory.

The historic center of Genoa along Via Baldi includes more than a hundred grand palaces of the former wealthy elite.

Here are some photos from our visit.

The Basilica dell’Annunziatta is a spectacular church,  near the palaces. 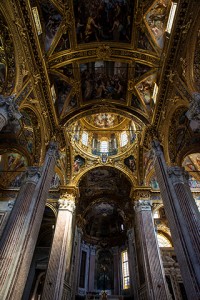 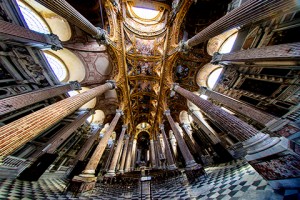 Down along the historic ancient port, the waterfront was redone,  in grand style,  in the 1990s under the plans of architect Renzo Piano, born in Genoa. 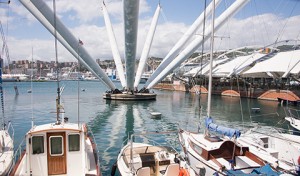 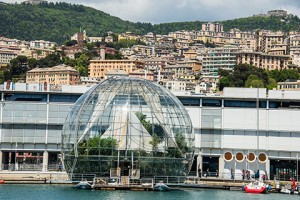 All photos copyright 2016 by Corey Sandler.  If you would like to purchase a high-resolution copy of any image, please contact me.