Saint Lucia is a handsome island with a fairly typical Caribbean cultural schizophrenia: in its first 150 years of recorded history it ping-ponged back and forth between England and France 14 times.

Overlaid to that is a still-strong African influence, derived from the homelands of the slaves brought to work the island. You’ll find the influence in the patois, the cuisine, and music.

Lucians still use music as a way to convey political opinion. Among popular styles is soca.

Folk instruments include the bélè (or ka) drum; a long, hollow tube called the baha; a rattle called the chakchak; the zo (bones); and the gwaj (scraper). Various types of banjos and a four-stringed instrument called the cuatro are also native to the island.

And then there is another influence: gospel music, and particular a collection of songs called sankeys.

The name comes American singer and songwriter Ira Sankey, born in Pennsylvania in 1840.

Known back home as “The Sweet Singer of Methodism,” Sankey wrote many hymns and songs himself, including “The Ninety and Nine.” He also composed and arranged music for many more; more than 1,200 were collected in a booked called “Sacred Songs and Solos” which is still used today.

Sankey did make several visits to the United Kingdom, but apparently not to Saint Lucia. But his book made its way to Saint Lucia with Methodist missionaries and took hold here quite tenaciously. 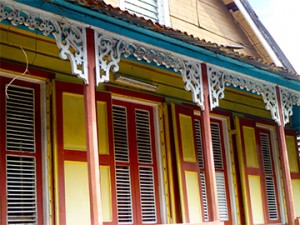 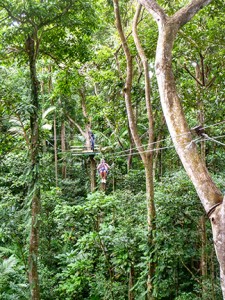 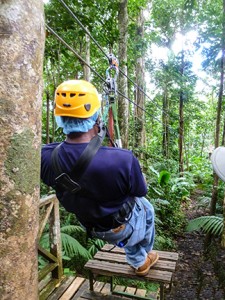 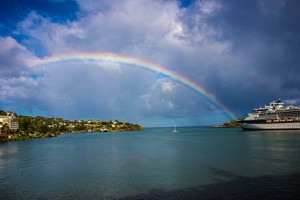 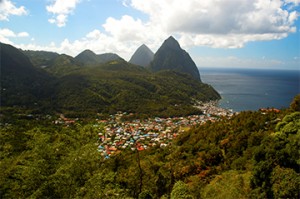 We also visited Saint Lucia earlier this month, on February 9, and in that blog post I wrote about the Pitons.

And then there is Calypso, which originated on Trinidad amongst African slaves as a way to communicate with each other without overseers understanding the words. It still is popular on Saint Lucia, sometimes called by an even older name, Kaiso, from a Congolese word meaning “go on.”

And there is the St. Lucian kwadril, a popular traditional dance. Based on the French quadrille, it is a complicated dance with five distinct parts.

It is also worth noting that the talented but bedeviled singer Amy Winehouse seemed to find a connection to Saint Lucia.

At the time of her death she reportedly was working on an album that would have used Lucian themes and instruments.