We’re returned to the very green, volcanic island of Dominica, one of the more interesting and less-developed islands of the Lesser Antilles.

I wrote a bit about Dominica in a post on February 7. 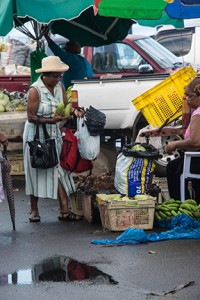 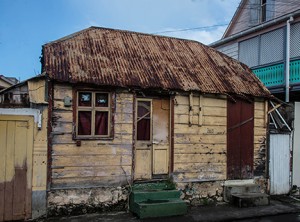 On the current cruise, we are celebrating music. Dominica is most certainly off-off-off-Broadway, but like many of the islands of the Caribbean it makes its own important contribution to the background sounds and rhythms of the region.

Among the musical styles is Cadence-lypso, locally grown and now popular on Dominica and the nearby French islands of Martinique and Guadeloupe.

The other local music is called bouyon, which is a mashup of calypso, reggae, soca, zouk, and a bit of rock and roll.

And like other French and French-influenced islands, local folk dance incorporates a flirtatious version of the quadrille, usually accompanied by a musical ensemble called a jing ping band. A jing ping usually consists of a boumboum (boom pipe), syak or gwaj (scraper-rattle), tambal or tanbou (tambourine), and accordion.

A really hep group might add a double bass or a banjo. 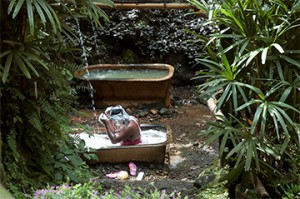 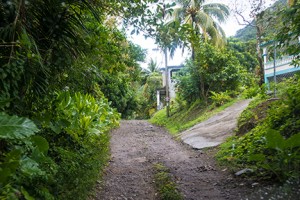 As a result of its history—just out of the mainstream battles of the Caribbean and hemmed in by sheer mountains—Dominica possesses what is probably the most pristine wilderness in the Caribbean.

The first people were the Ortoroids, about whom we know very little. We believe they came to Dominica and some other islands about 3100 BC, and were gone by about 400 BC.

The Arawaks moved in about 800 years later, roughly 400 A.D. and then came the Caribs—also known as the Kalinago about 1400 A.D.—just ahead of the European invasion.

Island by island, the Carib populations were killed, enslaved, or driven off. One of the few places where they were able to take refuge was this island we now know as Dominica.

Dominica was the last of the significant Caribbean islands to be colonized by Europeans due chiefly to the fierce resistance of the natives. As a result, Dominica has one of the few remaining groups of Carib or Kalinago people, a population of about three thousand.