That’s right: Swedish. That’s why the capital town and port is called Gustavia, as in King Gustav III of Sweden.

Its European history began, as much of this region did, with Christopher Columbus, sailing for the Spanish. On his second voyage to what he called the West Indies, Columbus sailed past—not landing—at an island he named Saint Bartholomew, one of the twelve Apostles.

The Spanish did not linger; they concentrated much more on places that might hold silver or gold or other treasure they could expropriate relatively easily.

The Carib Indians were still in control on the island, and were still there in 1648 when the French were on the prowl in the Caribbean and staked a claim.

They Gallicized the Spanish name to Saint Barthélemy.

It was not, though, one of the most important French possessions. They focused instead on other more significant holdings: New France which stretched from Quebec all the way down to New Orleans on the American mainland from roughly 1534 to 1763 and in the Caribbean their more profitable possessions of Martinique and Guadeloupe. 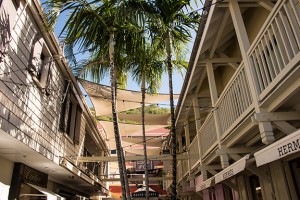 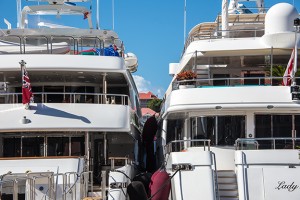 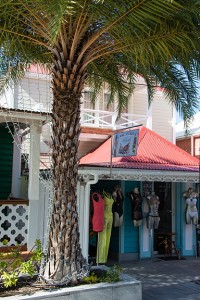 The French also had other islands: Saint Kitts for a while, Saint Martin, and a few others.

In 1784, as France tottered toward Revolution, the French crown gave Saint Barts to Sweden in exchange for the right to engage in trade with the developing port of Gothenburg in the Baltic.

The Swedes wanted a foothold in the Americas as a place to sell iron ore and products. That brought Swedish governors and Swedish merchants and Swedish slave traders to the Caribbean.

Some of the products sold by the Swedes included the hardware of slavery: chains and anklets and weapons.

The Swedes sold the place back to the French in 1878, and the place began an inexorable march toward a party place in the Caribbean, a role it very successfully holds onto today.

Although Saint Bart’s still has significant elements of African culture, mostly in the remote villages away from Gustavia, it is now very French and a place where a party may break out at almost any moment. There’s not much left of the Swedish presence, although most street signs are marked in French and Swedish.

To our guests leaving us tomorrow in San Juan,  we wish arrivederci: until we see you again.

We’re going to be visiting Saint Bart’s three times this season, coming back again on February 6 and again on February 13. I’ll be posting more commentary and photos about Tortola on those days, and you can check back for more details.