Costa Maya is a genuine fake.

And I mean that in a nice way. There is no historic town at the end of the modern pier that extends out from the almost featureless landscape.  Instead,  what we have here is a manufactured village of shops,  bars,  and other lures for tourist dollars,  pesos, euros, and pounds.

The genuine part is architecture and music and art that evoke some of the rich history of the Mayans and other peoples who once populated the region of Quintana Roo. 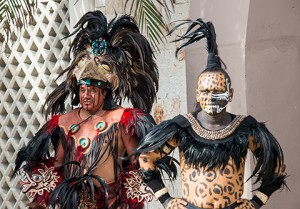 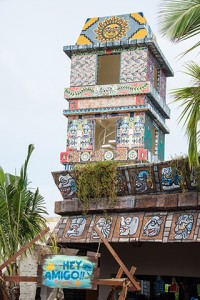 This is the deep south of Mexico, close to the border with Belize to its south.

Costa Maya is a relatively new way to gain access to the Caribbean coast of the Mexican state of Quintana Roo.

This is an area that is well-populated by the ghosts of great Mayan cities, at least two dozen of them and probably many, many more.

The port of Costa Maya is a tourism version of “If You Build it, They Will Come.”

Until 15 years ago, the only way to get to the shore in this region was over a long and rough road from places far away and not all that attractive.

But then in 2001, private investors and the Mexican government created a pier near the town of Mahahual.

The pier, which is now visited by dozens of cruise ships each year, gives access to some interesting, lesser-known Mayan ruins in the area, as well as fostering all manner of modern tourist-oriented attractions, shops, bars, and restaurants. 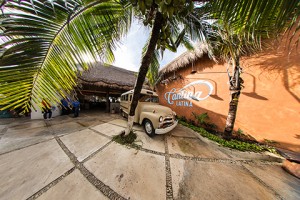 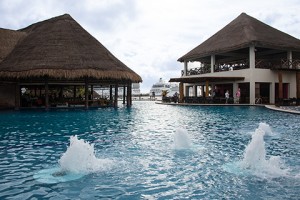 Costa Maya is essentially fenced off from the real world of Mexico, with its own infrastructure and housing for employees. You can, though, take a shore excursion to nearby destinations or hire a car.

There may be many, many more ancient cities in the wilderness of Mexico and in Central America: Mayan, Aztec, Olmec, among them.

All through this part of the world, population has come to center around big cities, some of them huge, like Mexico City and Guatemala City. Out in the country, nature has retaken much of the land. 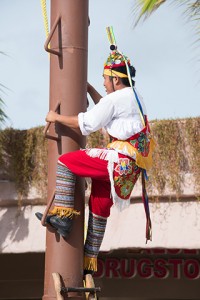 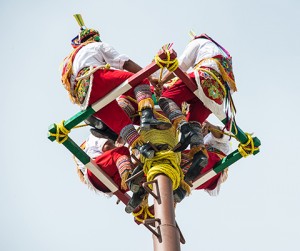 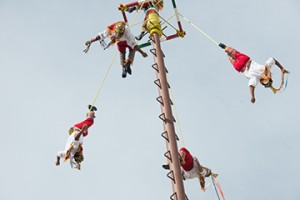 Explorers in modern times have found many great cities, mostly by accident.

In recent times, though, satellites have mapped much of the surface of the planet. And some of these satellites include scientific instruments that measure the temperature of the earth below.

Soil and vegetation retains heat. Buried stones and cities are much cooler. The satellites hint at the prospect of many, many sites yet to be explored.

Costa Maya is the closest port of access to Mayan ruins in the Yucatan including Chacchoben.

They are each interesting, but they are smaller and substantially less excavated than the better known pyramids of Tulum and Coba to the north, or Chichen Itza and Uxmal in Yucatan, which are three to four hours away on somewhat sketchy roads.