“Take Versailles, add Antwerp, and you have Bordeaux”.

Add to it Bordeaux wine, Bordelaise sauce, and a handsome mix of architecture and culture.

The city is built on a bend of the river Garonne.

A growing sector of industry in the area is high-tech.

The French Ministry of Defence has invested something like 2 billion Euros in the Laser Mégajoule project in Bordeaux. The project is intended for basic research on laser and plasma technologies.

Dassault Falcon private jets are built there, as well as military aircraft, the Airbus A380 cockpit, the boosters of the Ariane 5 rocket, and the M51 SLBM missile.

But many visitors have come to worship at the font of Bordeaux wine.

I will leave the fine points of oenology to the wine experts and our sommeliers aboard ship.

I’ll just say that this region produces what some say are the best cabernet sauvignon and merlot grapes and wine, as well as some other varieties.

Grapes were introduced to the region by the Romans, probably in the 1st century.

They liked what they got, and it has been a constant ever since.

There are about 10,000 wine-producing chateaux, and 13,000 grape growers and amongst them they produce about 960 million bottles per year.

This area has been occupied for tens of thousands of years, which pleases the tourist bureau greatly.

La Grotte de Pair-non-Pair, just north of Bordeaux above the Dordogne river before it joins the Gironde, was discovered in 1881 in a vineyard in the Côtes de Bourg.

The cave has some of the world’s oldest known cave drawings: horses, ibexes, deer, and mammoths.

Remains found in the cave may be Neanderthal—at least 30,000 years old and perhaps much older—and an 18,000-year-old Cro-Magnon.

The presence of remains across such a wide range of time?

I’m guessing the cave was actually a popular wine bar.

Here are some photos from our visit.  The first image shows German U-boat pens which still stand very close to downtown Bordeaux: they were constructed so robustly that they have withstood plans and wishes to remove them for 75 years.

We went next into the heart of Chateau country in Bordeaux,  visiting the town of Saint-Emilion and then the small family winemaker Chateau de Tailhas in Pomerol. 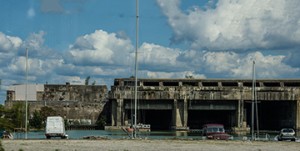 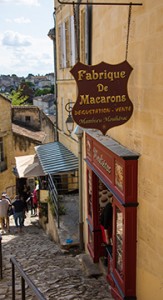 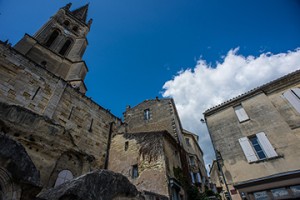 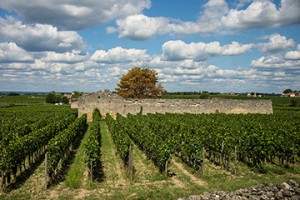 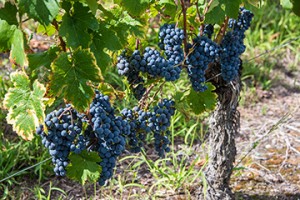 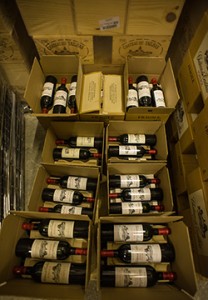 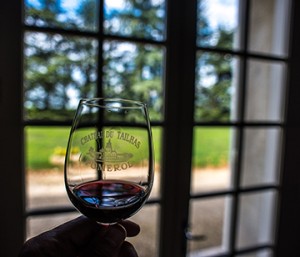