Dubrovnik has lived with danger for most of its existence.

Centuries of political and trade conflict with much-larger powers, a massive earthquake, and a war in the 1990s whose effects can still be seen.

What remains and has been restored is a sight to be seen, now one of the most popular places to visit in the growing tourist allure of Croatia. 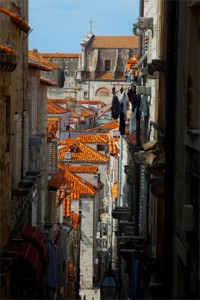 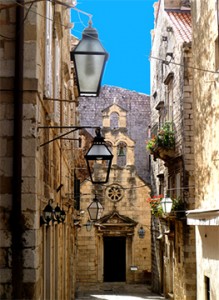 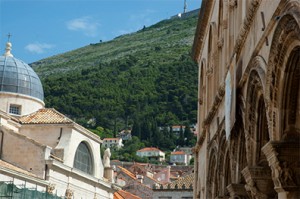 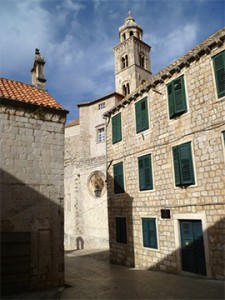 We know the place today by its Croation name of Dubrovnik. The Italians reach back to an older name of Ragusa, which is based on the Roman settlement of Ragusium, and in turn the Greek port of Ragousa.

In the Middle Ages, the Republic of Ragusa was an important economic and political power, in the era of similar city-states like Amalfi, Pisa, Genoa, and Venice.

By the 15th and 16th centuries, its thalassocracy–its empire at sea rather than on land—rivaled that of the Republic of Venice.

Montenegro is a nine-year-old nation with a thousand-year back story.

The nation, carved out of what was once Yugoslavia, is one of the smaller countries in the world: about 14,000 square kilometers or 5,300 square miles.

It’s smaller than The Bahamas, a bit larger than Qatar or Jamaica.

Montenegro’s coast line is on the Adriatic Sea, at its south-west border. 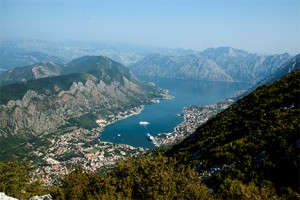 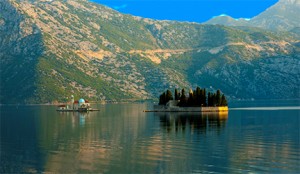 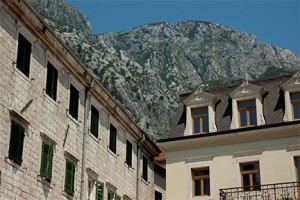 Croatia is to the west, Bosnia and Herzegovina to the northwest, Serbia to the northeast, Albania to the southeast, and Kosovo to the east. That’s a pretty rough neighborhood.

And the region has had a version of that name for centuries, but not always in a Romance Language.

As far back at the 14th century, the hilly area was called Tsrna Gora, which means…Black Mountain.

Today its name is an adaptation of the Italian-Venetian translation. Modern Italian would be montenero.

Today, the official language of Montenegro is Montenegrin, which is nearly the same as Serbian, Croatian, and Bosnian.

Some people have called the Bay of Kotor “Europe’s southernmost fjord.”

That’s an interesting description. It has the feeling of a fjord in Norway or Chile.

We sailed a deep, twisting watery path from the sea about 17 miles into the interior.

But in technical terms, it’s not a fjord at all. A fjord is a long, narrow inlet with steep sides or cliffs, created in a valley carved by glaciers.

Nearly all of the earth’s glaciers are at or near the poles, with only a few way up high in mountains near the planet’s mid-section.

Kotor is at 42 degrees north, which is slightly closer to the equator than it is to the North Pole.

Instead, what we’ve got in Kotor is a drowned river valley. The river was long ago covered over by a rising sea level in the region.

On our sail-in, around the last bend ahead of us lay the Old City of Kotor.

The map of Kotor looks to me like a ski mountain: a city in the hill.

The city walls were built by the Republic of Venice when Kotor was an important trading port.

On this visit, I went to the ancient town of Budva, a seaside resort begun by Illyrian Greek tribes and then enhanced over the millennia by Romans and then local Slavs and Montenegrins.

It is also the home of a very exclusive (and expensive) resort on Sveti Stephan island. 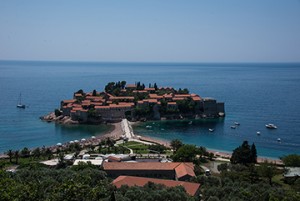 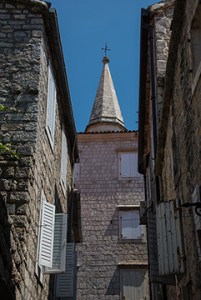 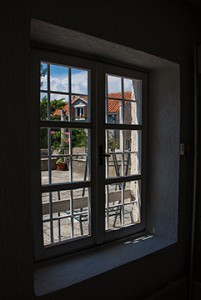 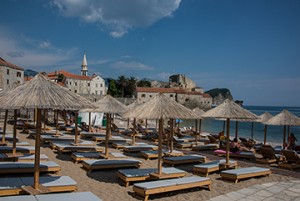