Early Wednesday morning, we sailed south from Sorrento and Amalfi through the Tyrrhenian Sea into the funnel-shaped Strait of Messina.

Arriving at the Strait, on our left was the bottom of the mainland of Italy. To our right was the large island of Sicily, the football being kicked by the toe of Italy’s boot.

Entering the strait, the passage is as narrow as 2 miles, or 3 kilometers.

At its exit to the south, the strait is nearly 10 miles or 16 kilometers wide.

That’s only one problem.

The Eurasian plate is moving down, or south, toward the African plate.

And one of the hotspots, where the plates grind against each other, is southern Italy.

Here, in a relatively small area, we have Mount Etna: the tallest active volcano in Europe, nearly constantly bubbling over like a bowl of Arrabiata sauce left on the burner.

Silver Spirit came to the dock in the once-handsome classic Sicilian city of Messina.

I say Messina was once-handsome, because on December 28, 1908 the city was all but leveled by a terrible earthquake that killed as many as 100,000 people.

Today, Messina is the third largest city on the island of Sicily; about 250,000 in the city itself and 650,000 in the surrounding area. 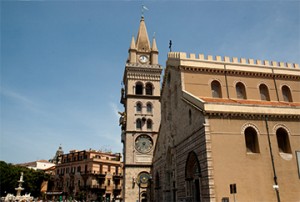 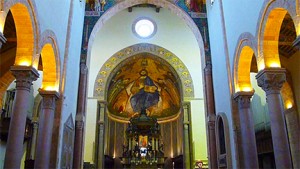 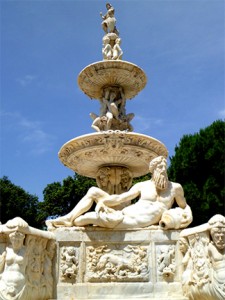 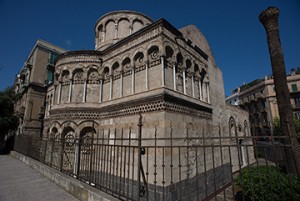 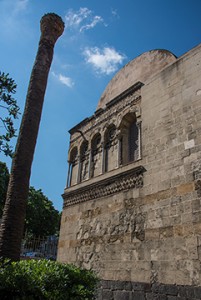 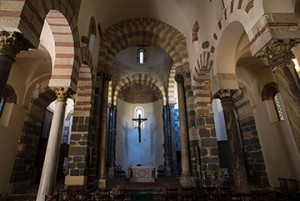 Messina reached a peak of splendor in the early 17th century, under Spanish domination. In 1783, an earthquake devastated much of the city, and it took decades to rebuild and rekindle cultural life.

Destroyed again by the earthquake of 1908, during World War II Messina was subject to massive aerial bombardment by Allied forces.

So, between the earthquakes and the wartime bombing, what you see in Messina today is almost entirely rebuilt. Handsome, interesting, but mostly no older than about 70 years.

There are some ancient remnants, though.

Parts of the Cathedral of Messina date from the 12th century. Contained within are the 13th century remains of King Conrad, ruler of Germany and Sicily.

The sculptures and details of the exterior are phantasmagorical, well worth a visit on their own.

But the biggest draw of the cathedral is its bell tower. The tower holds one of the largest astronomical clocks in the world, built in 1933.

Be there at noon and watch the show.

As luck would have it,  we arrived on the day of commemoration of one of Messina’s patron saints: Madonna della Lettera.

According to local legend,  when Saint Paul visited Messina seeking converts,  he took back with him to Palestine some new followers who made a visit to meet the Virgin Mary.

May is said to have written a letter,  in Hebrew,  to bestow her blessing on Messina.

We stood by the cathedral and watched part of the procession. 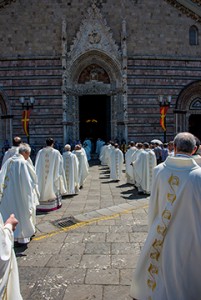 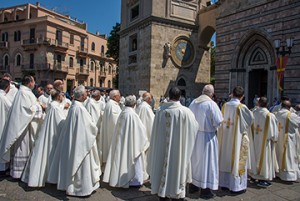 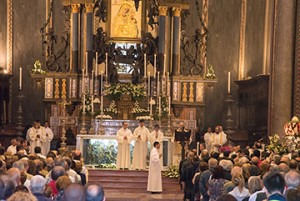 And of course, there is Mount Etna, one of the most active volcanoes in the world; the tallest in Europe and the highest mountain of Italy south of the Alps.

Etna is about 100 kilometers or 62 miles from Messina.

It is very much awake, rumbling and spurting.

Etna stands about 3,329 meters or 10,922 feet tall, although every time it erupts it grows or shrinks. That makes it about two-and-a-half times the height of the next tallest Italian volcano, the one we saw recently in the Bay of Naples: Mount Vesuvius.

There are several very interesting small towns and villages in the shadow of Etna.

The most popular is Taormina, which occupies a former Greek settlement and still holds a remarkable Greek Theatre.

Its acoustics are exceptional: a stage whisper can be heard in the last rows. And behind the open stage, framed between columns, stands Mount Etna, a character in every play, opera, and concert presented there for millennia.

Another extraordinary sight is the tiny town of Castelmola which floats above Taormina.

About a thousand people live on the tippy-top of the hill, with cobblestone streets within ancient walls and spectacular views of Taormina…and Mount Etna.