In the early morning, Silver Shadow entered into the outer reaches of the largest bay in the United States.

Chesapeake Bay is an estuary surrounded by Maryland to the North and Virginia to the South. To the east, the long finger of the Delmarva Peninsula serves as a protective barrier from the Atlantic Ocean.

The protective barrier forms a “roadstead” or “roads”, a body of water sheltered from rip currents, spring tides or ocean swell outside a harbor. The barrier acts like a natural breakwater, allowing ships to lie reasonably safely at anchor.

One of the gems of the region is Colonial Williamsburg, a 300-acre town brought back to life in the 1930s. In peak season about 15,000 interpreters work in the former capitol, governor’s palace, and other structures.

I’ve been there many times, and never lack for new experiences and insights. I went with a group of guests for the day.

Here’s an album of photos from Williamsburg. 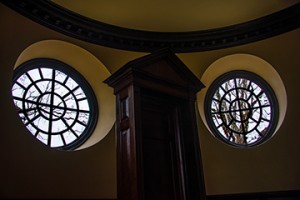 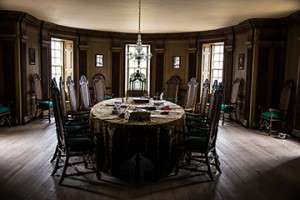 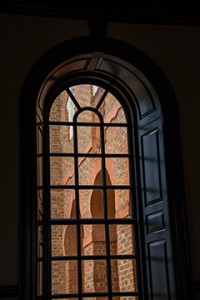 At the Governor’s Palace 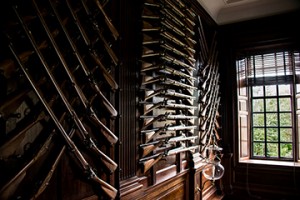 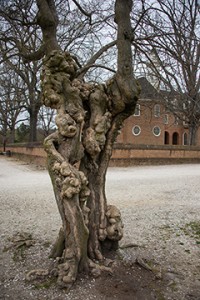 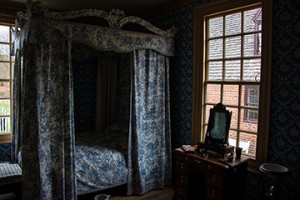 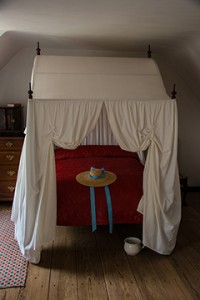 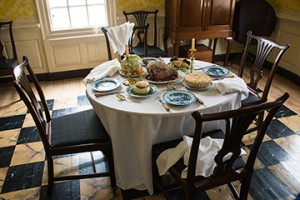 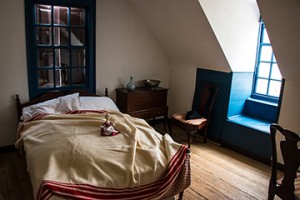 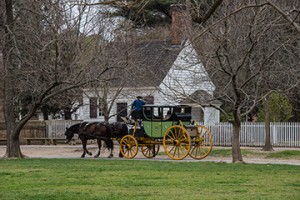 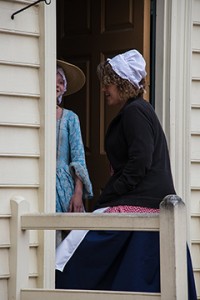 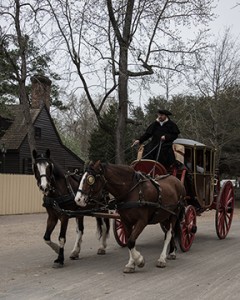 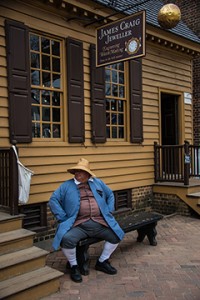 THE CITY OF NORFOLK

The city of Norfolk is in the outermost harbor of Chesapeake Bay.

Navigable for nearly its entire length, oceangoing ships can reach as far as Baltimore. Its widest point is just south of the mouth of the Potomac River, about 30 miles or 50 kilometers away.

The headwaters of Chesapeake Bay are about 200 miles or 300 kilometers away, in the Susquehanna River which transects the state of Pennsylvania from its source in Central New York State.

The word Hampton honors one of the founders of the Virginia Company of London, Henry Wriothesley, 3rd Earl of Southampton.

The first colonists arrived in 1607 when English Captain Christopher Newport landed at Cape Henry along the Atlantic Coast in today’s Virginia Beach with three vessels: flagship Susan Constant, the smaller Godspeed, and even smaller Discovery. They moved on, seeking a more sheltered area.

To some historians, this was where the British Empire began.

The second English colony was at Bermuda, where we are headed next. One of the relief fleets for Jamestown, including the ship Sea Venture, was forced to seek shelter there in June of 1609 after running into a strong storm offshore.

The bones of that story lie within William Shakespeare’s play, “The Tempest.”

Jamestown was rescued when a new group of settlers and supplies, some from the relief fleet in Bermuda, arrived in 1610. Jamestown Settlement is about an hour north of Norfolk by car, not far from Colonial Williamsburg.

The Virginia Colony began to sustain itself and grow. In 1640, the English had begun the import of slaves to the colony; by 1660 it was at the heart of the plantation system there and elsewhere.

By 1775, Norfolk was perhaps the most prosperous city in Virginia, an important port for exporting goods to the British Isles and beyond.

When the American Revolution was fully underway the next year, Norfolk was a strong base of Loyalist support.

Lord Dunmore, the Royal Governor of Virginia, fled from the colonial capitol of Williamsburg and attempted to reestablish control of the colony from Norfolk.

On New Year’s Day, 1776, Lord Dunmore’s fleet of three ships shelled Norfolk for more than eight hours. The damage from the shells, and fires started by the British and by the rebels destroyed more than 800 buildings, almost two-thirds of the city.

Dunmore was eventually driven out, ending more than 168 years of British colonial rule in Virginia.

The American Revolutionary War essentially came to an end in 1781 at the Battle of Yorktown, less than an hour north of Norfolk, short of Williamsburg. 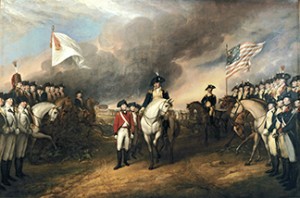 This was the last major land battle in North America.

I am in NO way making an excuse for slavery. But the end of the import of Africans combined with crop failures from overworked lands brought about the collapse of the economy.

In early 1861, Virginia voted to secede from the Union.

In the spring of 1862, offshore of Sewell’s Point Peninsula, the USS Monitor and the CSS Virginia engaged in perhaps the most important naval battle of the Civil War, the first conflict between ironclad vessels.

The battle was part of the Confederate effort to break the Union blockade, which had cut off Virginia’s largest cities, Norfolk and Richmond.

The Virginia had been built on the reclaimed hull of a former Union ship, the Merrimack.

And so the Battle of Hampton Roads is often also referred to as the Battle of the Monitor and the Merrimack, using the original names of the two vessels. 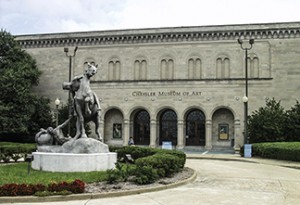 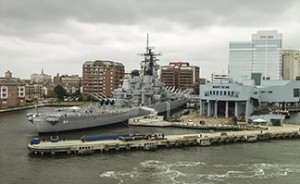 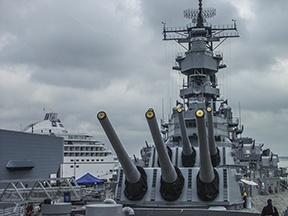 The Chrysler Museum of Art, and the battleship Wisconsin in the harbor

In 1907, the tercentenary of the Virginia Colony was celebrated in Norfolk with the Jamestown Exposition. By 1917, as the U.S. built up to enter World War I, the Naval Air Station Hampton Roads was constructed on the former exposition grounds.

The largest Navy base in the world, Naval Station Norfolk, is also one of NATO’s two Strategic Command headquarters.

A SHOUT-OUT TO MOREHEAD CITY

Our original itinerary had Silver Shadow making a call at Morehead City, a not-often-visited port on North Carolina’s Crystal Coast The tourism and business people there, and in neighboring Beaufort, were excited at the prospect of our arrival. It might have been the most significant event since the killing of Blackbeard the pirate just outside of the port at Topsail Inlet.

Alas, the night before we had a minor technical problem before departing Charleston and the wait for repair and certification forced a cancelation to the Morehead City call. We hope for a second chance some day.