The flagpoles at the massive El Morro castle in San Juan customarily fly three flags: the United States, the Commonwealth of Puerto Rico, and the Cross of Burgundy.

The last one, Las Aspas de Borgoña, was the standard widely used by Spanish armies around the world from 1506 to 1785. 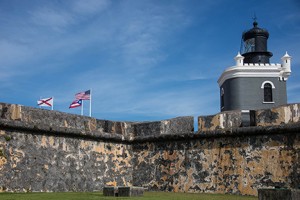 That makes sense for this handsome part of the United States, a place where English is the second language, and the population are Americans with most of the rights of other citizens except for voting representatives in Congress.

Puerto Rico is one of the gems of the Caribbean, a green and mountainous island with handsome beaches and a tropical rainforest, a now-cosmopolitan capital city with one of the most impressive fortresses of the new world, several other significant cities each with its own allure, and a vibrant culture of music, literature, and food.

Puerto Ricans sometimes call the island Borinquen, a version of Borikén, its indigenous Taíno name, which means “Land of the Valiant Lord”. 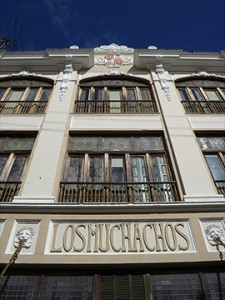 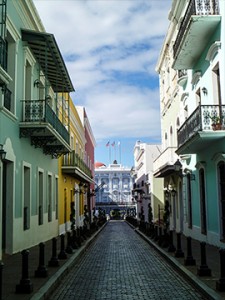 The island, of course, was noted by Christopher Columbus, the Forrest Gump of the Caribbean. Columbus named the island San Juan Bautista, in honor of the Catholic Saint John the Baptist,

And the eventual capital city was named Ciudad de Puerto Rico (the City of the Rich Port.)

Over time, the names reversed. The entire island became known as Puerto Rico, while the city took the name San Juan.

And then came the Americans.

Puerto Rico had been on the to-do list of the Americans for some time, although the big prize was seen as the huge island of Cuba. 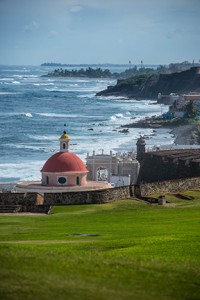 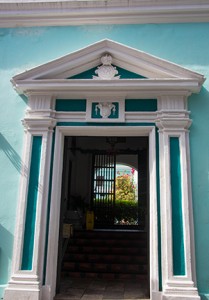 The dominos fell in the short but decisive Spanish American War of 1898, essentially an American choice to intervene in the Cuban War of Independence.

American attacks on Spain’s possessions spread from the Caribbean to the Pacific, and American involvement in the Philippine Revolution and ultimately the Philippine–American War.

The most dominant structure in San Juan is El Castillo San Felipe del Morro, or Morro Castle. This citadel was begun in 1539 on orders of King Charles V of Spain. 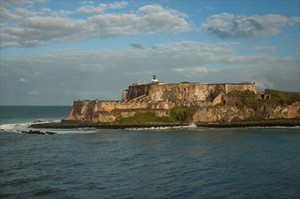 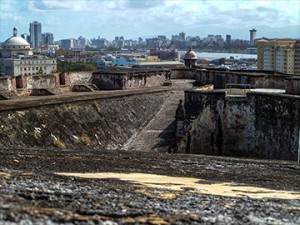 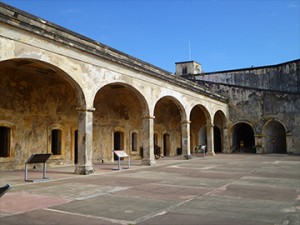 The fort was designed to guard the entrance to the San Juan Bay, and defend the Spanish colonial port city of San Juan from seaborne enemies including the English, Dutch, and Pirates.

Its last, brief and unsuccessful battle, came when the Americans landed in 1898.

And they’re still there: the citizens who live there now and millions of tourists who come by cruise ship and jet to La Isla del Encanto, the enchanted isle.