We sailed out of tony Fort Lauderdale on Friday evening, saluting—and being saluted—by many of the residents of condominiums who have their own version of a waterfront veranda. Almost every day during the winter season, half a dozen or so ships sail by in the channel.

This morning we arrived in Nassau, Bahamas.

There were five major ships in port, along with the elegant (comparatively tiny) Silver Cloud. By my math, about 17,500 guests and crew arriving by 9 am, departing before dinner. 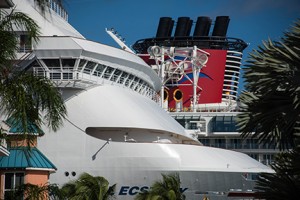 Ships (not ours) double and triple-parked in the harbor at Nassau.

As destination consultant, I always tell guests in this part of the world that it is one of my goals to help they understand that the Caribbean is much more than Diamonds International and t-shirts that change colors in the sun. Not that there’s anything wrong with that, but many of the islands have been so heavily plastered over with tourist lures and generic shops that it is easy to forget these are places of considerable history.

To understand Caribbean islands you need to get beyond the tourist district. Visit the remnants of Colonial power, the old churches and cemeteries, and in some places the small vestiges of the indigenous peoples: the Taino, the Arawaks, the Caribs among them. 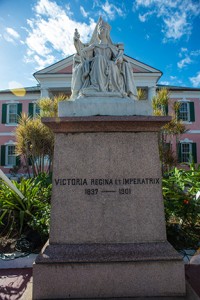 A remembrance of Queen Victoria in Nassau.

On our visit today we left the ship early and headed for Christ Church Cathedral.

This is the Mother Church of Anglican churches in the Bahamas and the Turks and Caicos Islands.

In 1670, King Charles II granted the colony of The Bahamas to the proprietors of Carolina and directed they build a house of worship.

They did, and it stood until 1684 until it was destroyed by the Spaniards. The present building, which incorporates some of the old fixtures, was built in the late 18th and early 19th century.

It is a simple, attractive wooden structure, home to the Anglican Episcopal community—a remembrance of British times at the corner of King and George streets. 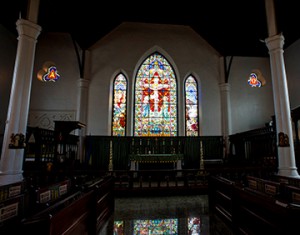 Our focus was on the memorial plaques that line its walls; each one tells a story, and together they explain the culture that lies beneath today’s tourist makeover.

Among many evocative memorial plaques was one remembering crew from HMS Peterel who died of Yellow Fever in Nassau in 1862. I’m going to take an educated guess here and say the following is quite possible: the British ship may have been directly or indirectly involved in blockade running, trading with the Confederate States during the U.S. Civil War.

Yellow Fever and Malaria outbreaks were common in tropical and subtropical ports, and both The Bahamas and Bermuda were used as transfer and supply points for the blockade runners. 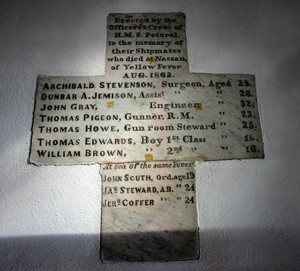 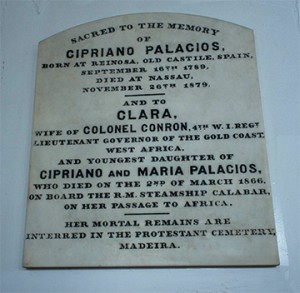 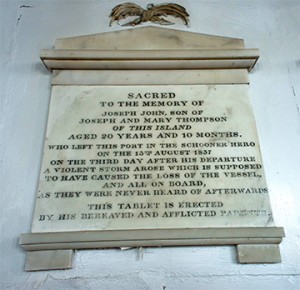 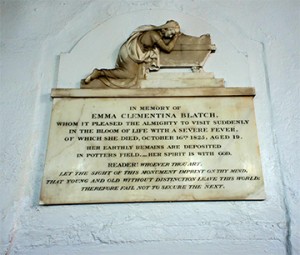 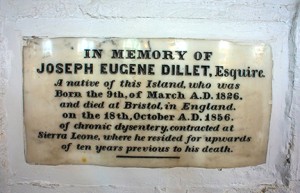 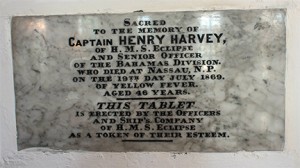 All photos copyright 2015 Corey Sandler. If you would like to purchase a high-resolution image, please contact me.