Early Monday morning, we sailed north along the coast of Sicily and into the funnel-shaped Strait of Messina. On our right was the toe at the bottom of mainland of Italy. To the left was the large island of Sicily, the football being kicked by Italy’s boot.

When we entered from the south, the strait was nearly 10 miles of 16 kilometers wide. Near Messina, the passage narrows to less than 2 miles, or 3 kilometers.

That’s only one problem. In the same neighborhood, the Eurasian plate is moving down—south, if you will—toward the African plate. And one of the hotspots, where the plates grind against each other, is southern Italy.

And so we are in the proximity of Mount Etna: the tallest active volcano in Europe, nearly constantly bubbling over like a bowl of Arrabiata sauce left on the burner.

Today I went with a group of guests to Mount Etna. I have made this trek many times,  but on this mid-autumn visit we were between the clouds down below,  fresh snow on the volcano,  and blue sky above.

In a word: magnifico. 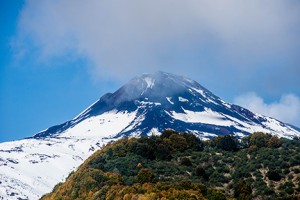 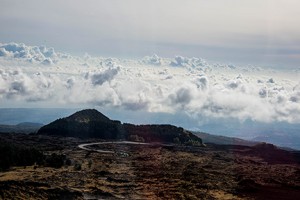 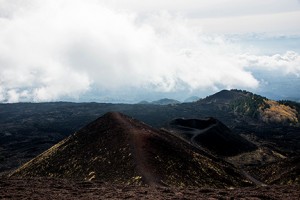 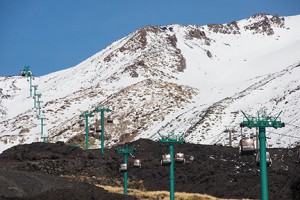 A MESSINA, ETNA, and TAORMINA ALBUM. Photos by Corey Sandler 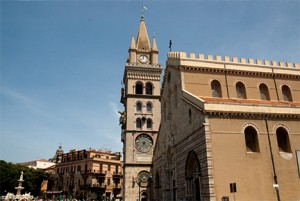 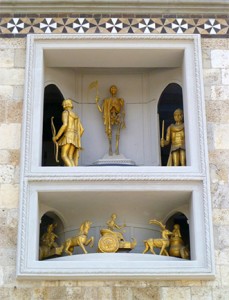 The Cathedral of Messina, with its famous mechanical clock 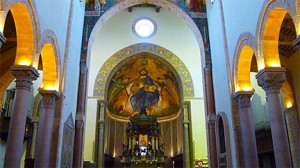 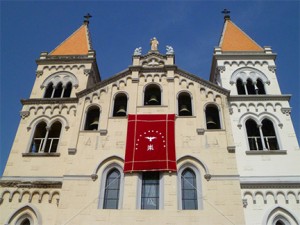 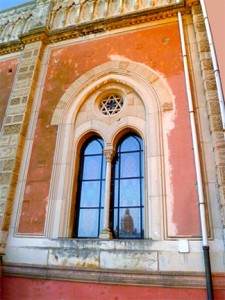 The Santuario di Montalto, above the port 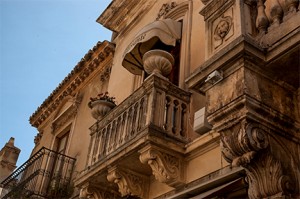 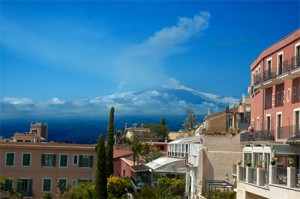 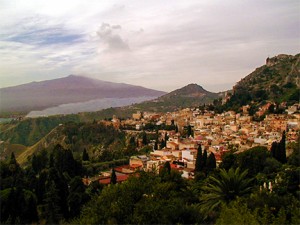 Overlooking Mount Etna from Taormina, as if you could 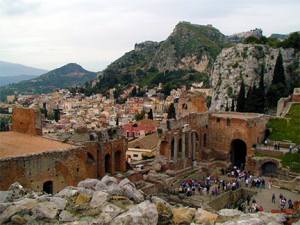 The Greek Theatre at Taormina, which has Etna for a backstage