Cyprus is south of Turkey, west of Syria and Lebanon, northwest of Israel, north of Egypt and east of Greece.

Choose your metaphor: fortress, warehouse, aircraft carrier. Cyprus was right in the middle for the movement of ancient Greeks, the Romans, Christians from the Middle East, Muslims in their path, the Crusaders, the Byzantines, the Ottomans, the Venetians. In more recent times the winds of World War II.

And modern Cyprus is one island–that much is not disputed. But it has two governments, two currencies, and four militaries.

On July 15, 1974, the Greek military junta engineered a coup d’état in Cyprus, with the intent of achieving enosis, the union of the island with Greece. That did not sit well with the Turks, and five days later the Turkish army invaded the island on the pretext of restoring the constitutional order of the Republic of Cyprus.

And that is where we are today. About 37 percent of the island is administered by Turkey and its proxies; most of the other two-thirds by the Republic of Turkey. And in between is a United Nations peacekeeping force and the British Overseas Territory of Akrotiri and Dhekelia, a set of British military bases that predated the troubles.

Kolossi Castle dates from 1210 by the Franks, latee used by the Knights Hospitaller who were in and out of the Holy Land during the Crusades. 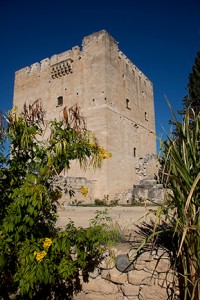 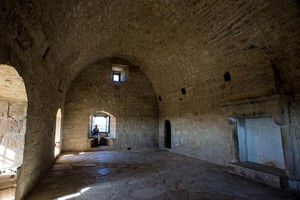 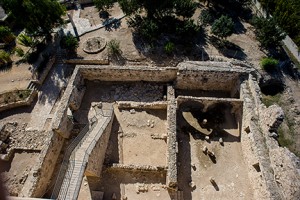 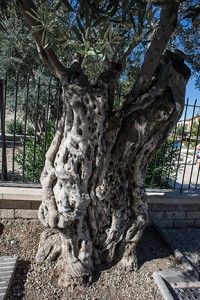 An olive tree in Limassol.  Photo by Corey Sandler 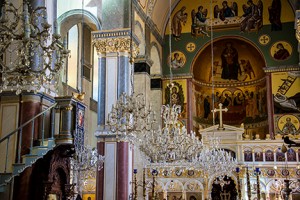 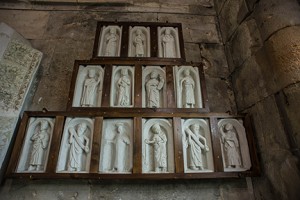 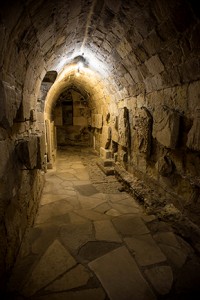 THE TOMBS OF THE KINGS

The Tombs of the Kings is a large necropolis very close to Paphos harbor. The underground tombs, many of which date back to the 4th century BC, are carved out of solid rock, and are thought to have been the burial sites of Paphitic aristocrats and high officials.

So, no known kings were buried in the tombs; the name is said to come from the magnificence of the tombs. Some tombs feature Doric columns and frescoed walls.

The burials sites also often included amphora—jugs made to hold wine, oil, or other material—amongst the offerings. Many were imported from Rhodes, and archeologists have found manufacturing markers on the handles which allows them to date the tombs.

In the same area are several ancient villas, including the House of Dionysos the home of a 3rd century Roman nobleman. Now protected from the elements by a roof, you can see spectactular mosaics from the home depicting Roman legends and scenes from Greek mythology.

Nearby the tombs is the decidedly modern town of Paphos, a popular seaside holiday resort with cafés and shops. 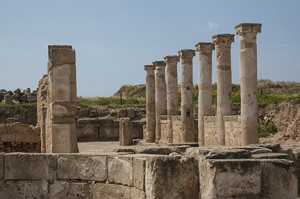 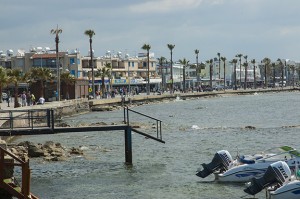 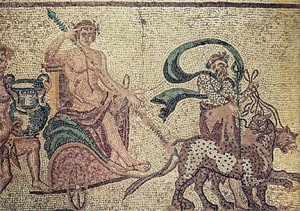