Romania—like Bulgaria and Turkey— straddles the crossroads of history.

Its past, and to a great extent its future, hinges on the land and sea bridge between Europe and Asia.

The port city of Constanţa is not Paris, but if you can look past the clutter and the ruin and the modern mistakes you can see the bones of a once-elegant city.

Here are some photos from Constanţa I took today. We begin with the bank, where we dropped in for a quick withdrawal. 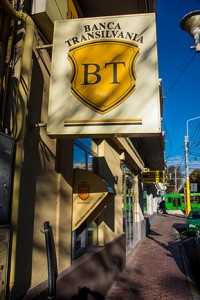 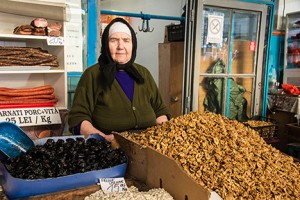 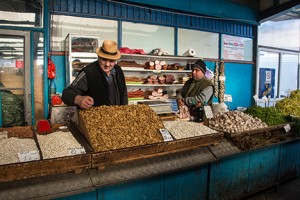 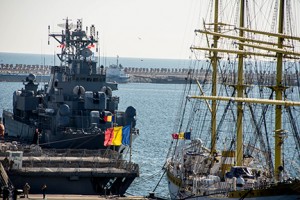 The region also includes an unusual setting in Europe: the Danube River Delta, a thicket of willow trees and other flora. We were escorted by a flotilla of frogs alongside and overseen by flocks of birds (eagles, herons, hawks, and more) above. 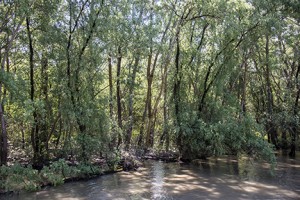 In the Danube River Delta of Romania. Photo by Corey Sandler

The delta reminded me a bit of river deltas in Costa Rica. Without the crocodiles and caimans.

Romania—like Bulgaria and Turkey— straddles the crossroads of history. Its past, and to a great extent its future, hinges on the land and sea bridge between Europe and Asia.

Romania is roughly the size of the United Kingdom but with only about one-third the  population, just 20 million people.

Hungary and Serbia are to the west, Ukraine and Moldova to the northeast and east, and Bulgaria to the south. 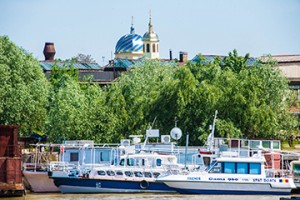 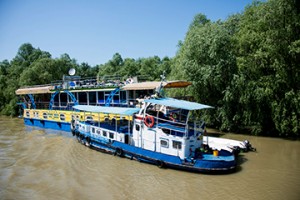 Riverboats and a floating hotel in the Danube Delta near Tulcea. Photos by Corey Sandler

But running through the mid-section in a rambling “S” are the Carpathian Mountains heading down from western Ukraine and southernmost Poland…and heading west toward Serbia…the Transylvanian Alps. 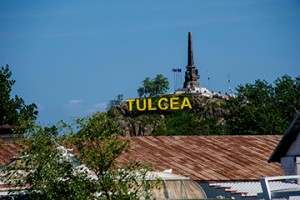 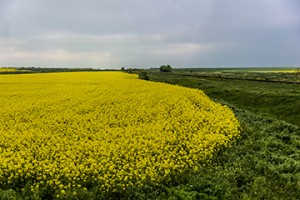 Tulcea, and a field of rapeseed. The crop is used to produce canola oil for cooking as well as biodiesel fuel, a renewable crop for a renewing nation. Photos by Corey Sandler

Its eastern portion, which includes the capital city of Bucharest is relatively flat and easy to traverse.

Bucharest is interesting, but its most astounding offering is the monument to excess left behind by Nicolae Ceausescu.

While his people could not get bread and butter, Ceausescu spent the equivalent of more than 3.3 BILLION Euros on the Palace of the Parliament.

Described by some as a giant Stalinist wedding cake, it’s the world’s second-largest administrative building, behind only the Pentagon. 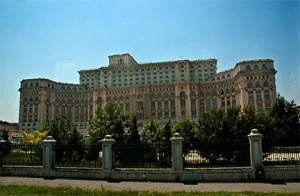 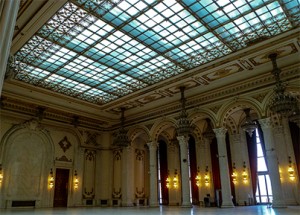 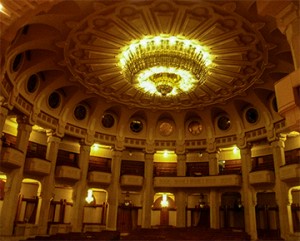 The Parliament building in Bucharest, an unfinished monstrous reminder of times past. Photos by Corey Sandler

There are 200,000 square meters or 2.2 million square feet of woolen carpets; many of the rugs were woven on-site by machines moved into the building.

The building was never finished, and today only about a third of it is in use. In a strange way, it is a great monument to the excesses of a dictator; on the other hand, it could not possibly be more different than the still-desperate lives of most Romanians today. 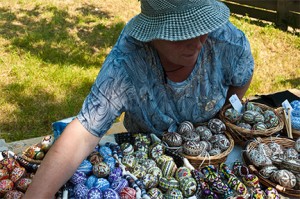 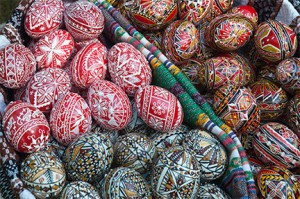 Romania joined NATO in 2004, and the European Union in 2007. And today, though Romania is better off than when Ceauşescu was in power, it still remains desperately poor in many regions.

Where it is not a delta, it remains a backwater.

All photos copyright 2014 by Corey Sandler. All rights reserved. If you would like to purchase a high-resolution image, please contact me.