Kusadasi is a place that has been bystander to history for eons.

It has seen the likes of Alexander the Great, Croesus, King Midas, and thousands of travelers and merchants who came to the city on the ancient Silk Road that reached back to Persia and the Middle East.

And a short distance away is the spectacular city of Ephesus, once a great Greek and then Roman city with a population of several hundred thousand and then one of the most important early cities of Christendom.

Today, the invaders arrive by cruise ship and airliner.

Most times, Ephesus is jammed with visitors, shoulder-to-shoulder, iPad-to-iPad, and the sun is merciless. Today, though, late in the season, it was merely busy and even a hint of a cool breeze wafted through the ruins.

Here’s an album of photos from Ephesus and nearby sites. 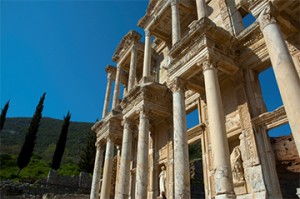 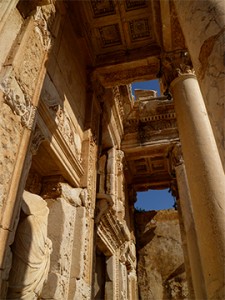 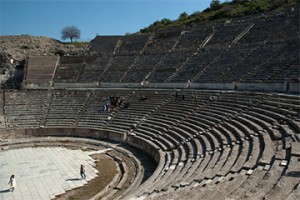 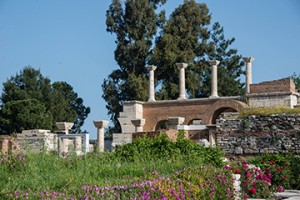 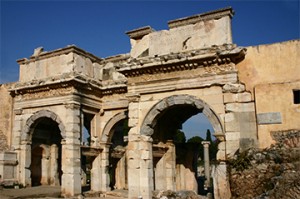 The Library of Celsus, the Greek theater and other sites at Ephesus. Photos by Corey Sandler. 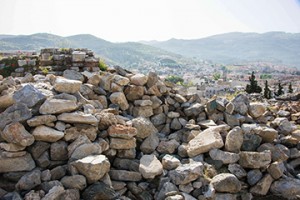 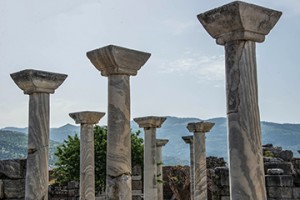 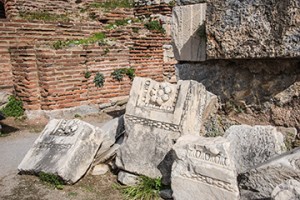 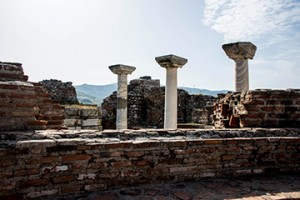 The Basilica of Saint John near Ephesus. Photos by Corey Sandler 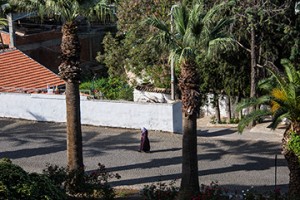 Storks atop a former minaret, a street scene in Selcuk. Photos by Corey Sandler 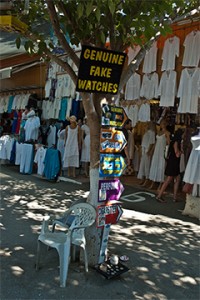 Bonjuks to ward off the evil eye, and an honest merchant’s stall near Ephesus. Photos by Corey Sandler 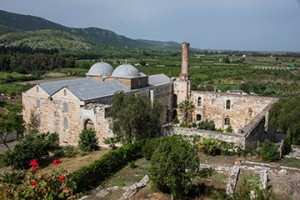 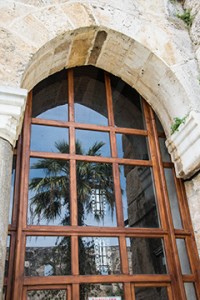 The ancient Isa Bey mosque. In a row in Selcuk is the pagan Temple of Artemis, the Christian Basilica of Saint John, and this Muslim mosque designed by an architect from Damascus. Photos by Corey Sandler 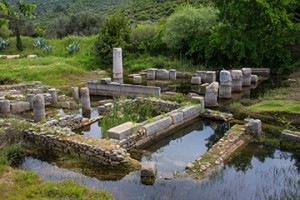 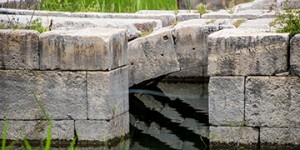 The Temple of Claros, an unreconstructed site once home to an oracle. Photos by Corey Sandler