Mykonos is an island of beauty and a bit of history, but for many people it is best known as a party island: an Aegean version of Ibiza in the Mediterranean or Monaco or St-Tropez.

In the 1960s, it was one of the homes of the Jet-Setters—the beautiful people who hopped on the jets when they first began crossing the ponds: like the characters in Federico Fellini’s La Dolce Vita.

I find it hard to imagine what the ancient Greeks would think of it all, especially when you consider that at one time Mykonos had as its principal role raising food and delivering supplies to the nearby sacred island of Delos.

On Mykonos, the Little Venice district is an area along the water that was home to many of the old ship’s captains. Today it is home to some of the fancy clubs that the captains probably could not have gotten into. 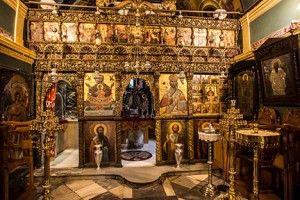 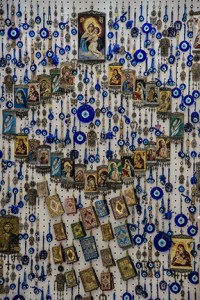 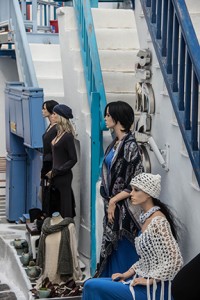 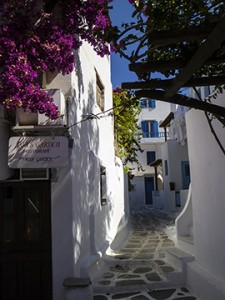 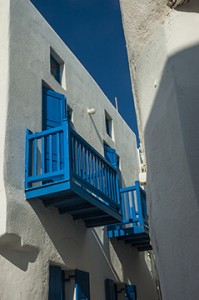 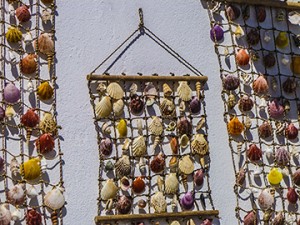 Up on a hill above the town are some of the famous windmills of Mykonos, reminders of the time when the wind was used to grind grain produced on the island. They’re there because the wind blows pretty strongly and often on Mykonos.

I’ve not counted personally, but we are told there are 365 churches on the island–enough to visit one per day. A different form of worship takes place on the dozen or so fine beaches. Although you do have to contend with many beaches that are going to be quite crowded with…young people. Loud. Alcoholically enhanced. Barely clothed, if not nude as a classical statue.

From the profane to the sacred: let’s consider the island of Delos, more or less in the center of the ring of islands called the Cyclades.

Delos is one of the most important mythological, historical and archaeological sites in Greece. That’s saying quite a lot, in a country that includes the Acropolis of Athens, Delphi, and so much more. 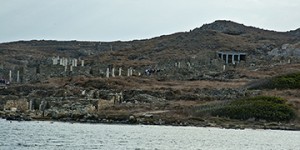 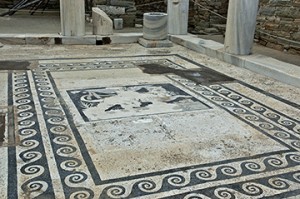 Delos had already been considered a holy sanctuary for a thousand years before the Olympian Greeks declared it to be the birthplace of the twin gods Apollo and Artemis.

It’s a tiny island, about 1.5 square miles or 4 square kilometers. It takes about 45 minutes to reach it by boat, and there’s a fair amount of walking to be done; bring a hat and sunscreen.

After the Persian Wars the island became the natural meeting-ground for the Delian League, founded in 478 BC, the congresses being held in the temple (a separate quarter was reserved for foreigners and the sanctuaries of foreign deities.)

The League’s common treasury was kept here as well until 454 BC when Pericles removed it to Athens.

All this on an island that was nearly barren, unable to provide food or water. 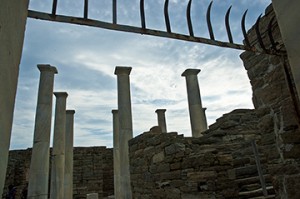 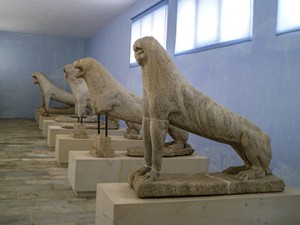 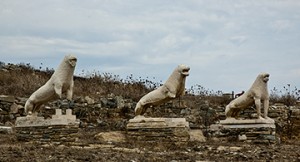 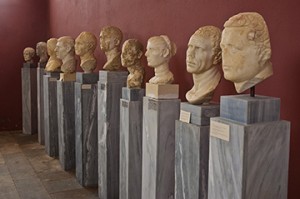 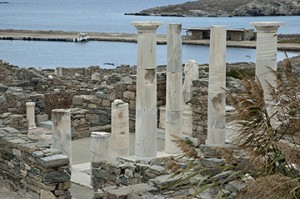 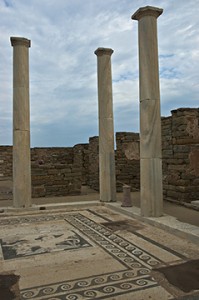 A number of “purifications” were required by the city-state of Athens to render the island fit for the proper worship of the gods.

The first took place in the 6th century BC, when the tyrant Pisistratus ordered all graves within sight of the temple be dug up and the bodies moved.

Archeologists believe that about 426 to 425 BC, under the advice of the Oracle of Delphi, the island of Delos was cleansed of all dead bodies and much of the accompanying items in their tombs and graves.

It was then ordered that no one should be allowed to either die or give birth on the island due to its sacred importance and to preserve its neutrality in commerce, since no one could then claim ownership through inheritance.

And so, if you’re looking to buy yourself a private Greek island…this one is not for sale.