The two-and-a-half island nation of Malta is not quite like anywhere else.

Malta is pretty much right in the middle of the Mediterranean. 93 kilometers or 55 miles south of Sicily and Europe, 288 kilometers or 180 miles north of Tunisia and Africa. East of Gibraltar, and west of Alexandria and Jerusalem.

Here are photos from our visit of October 7. 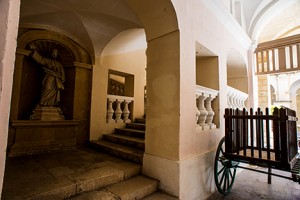 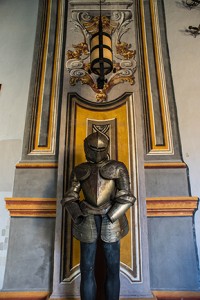 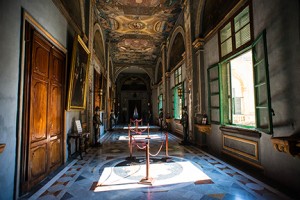 Inside the Grand Master’s Palace 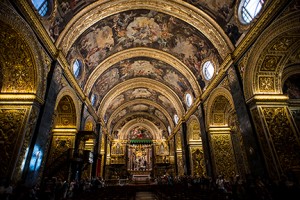 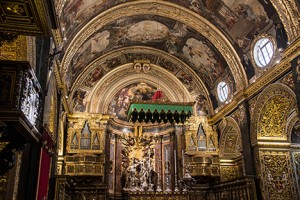 The Co-Cathedral of Saint John 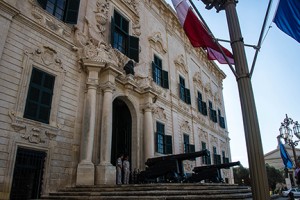 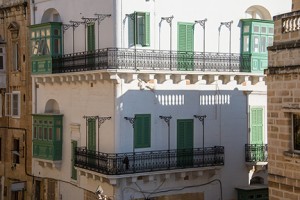 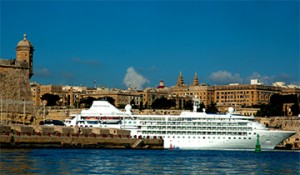 Silver Cloud at the dock in Valletta on a previous visit. Photo by Corey Sandler

And, of course, that location made it so very important as a crossroads and rest stop for invaders, crusaders, pilgrims, and traders.

It is heavily Catholic and has a long tradition of Christianity, and yet it was greatly influenced by the Middle East and the British Empire.

They also speak (along with English) a language of their own: Maltese.

The Republic of Malta covers just 300 square kilometers, 116 square miles. It is one of the smallest and most-densely populated countries in Europe. 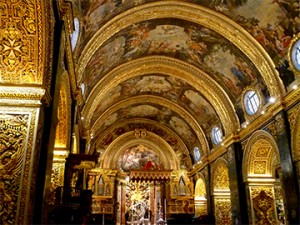 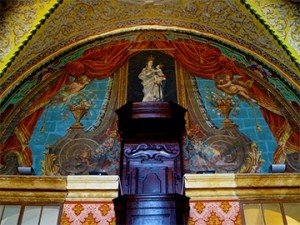 The major cathedrals in Valletta and Mdina are among the most spectacular in Europe. They hold fabulous art, much of it imported (along with the artists) by the Knights of Malta who held the island during the Crusades. Photos by Corey Sandler

Malta is actually about twenty islands, islets, and rocks. Only three are inhabited: the principal island of Malta, and the secondary island of Gozo.

In between them is the tiny isle of Comino (Kemmuna): just over one square mile and home at last count to less than a dozen people.

Over the centuries, Malta has been ruled by Phoenicians, Greeks, Romans, the Fatimid Caliphate of Egypt, Sicilians, the Knights of St John, the French and the British. 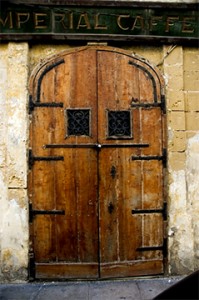 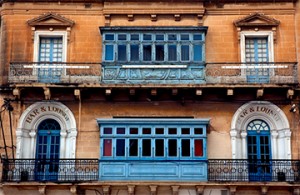 Doorways and balconies in Valletta, above, and Mostar below. Photos by Corey Sandler

The last colonial power was the British, and for that the Maltese suffered greatly, and stood up bravely, during World War II as the Axis powers pummeled Valletta.

Malta has a long Christian legacy and, depending on who is making the call, it can claim to be—with Rome—an Apostolic See. That term is applied to a church or a community founded directly by one of the Apostles.

The fine print is that there were some gaps in the leadership and ownership of Malta over the past two thousand years. 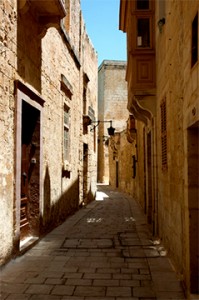 A mysterious alleyway in the Alice-in-Wonderland town of Mdina. Photo by Corey Sandler

But in any case, according to the Acts of the Apostles, Saint Paul was shipwrecked and ministered on the island.

Along with its Christian sites, several Megalithic Temples may be the oldest free-standing structures in Europe.

According to Catholic belief, Christianity arrived in 60 A.D., in the personal hands of the Apostle Paul who—according to a detailed account in the Acts of the Apostles—was being taken by ship to Rome under arrest for a religious infringement.

Paul had asked to be judged before Caesar, his right as a Roman Citizen. Another prisoner on the same ship was Saint Luke, who made his own record of the voyage.

The vessel wrecked just off Malta.

According to the accounts, the men who washed ashore were taken to the villa of Publius, a leader on the island. Paul cured Publius’ father of a fever, and that was sufficient to convince Publius to convert to Christianity.

Malta went from the Romans to the Byzantines who ruled from Constantinople for four centuries, which brings us up to the year 870.

Next up were Arabs and Moslems, who took control of Malta as part of the Emirate of Sicily, and later the Caliphate of the Fatamids in 909.

The Arabs advanced the island’s irrigation and farming, and also brought the Siculo-Arabic language which would eventually become Maltese.

Maltese is a Semitic language using 30 characters based on the Latin alphabet.

The Muslims allowed Christians to continue to practice their religion, although they had to pay a tax as a sign of subjugation.

Today, Malta is among the most Catholic nations on the planet.