Trapani, on the west coast of Sicily, was the ancient port for the important city of Erice. It’s an interesting old city, worth exploring.

But for me, the excitement comes when you look up, or around the bend.

Much of Trapani’s economy still depends on the sea. Fishing and canning are the main local industries, with fishermen using the frighteningly violent mattanza technique to catch tuna: a large net drawn tighter and tighter by men in the water, culminating in up-close slaughter in shallow water. 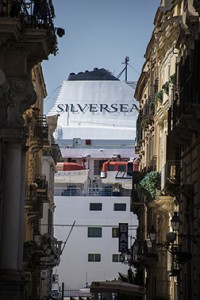 Our ship at the dock is one of the largest structures in town. 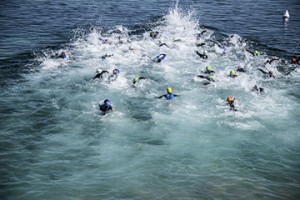 One of my visits coincided with an Iron Man competition, beginning with a swim in the harbor and moving on to bicycles, and then a long run. Very much worth watching, and then retiring for a cold beer. 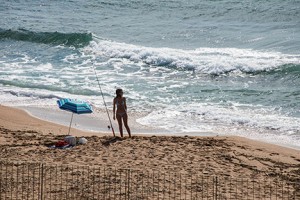 Coral is also an important export, along with salt, marble and marsala wine. The nearby coast is lined with numerous salt-pans.

Trapani has some of Europe’s oldest salt marshes, and is still home to a few of the windmills once used to drain water from the basins. The slow summer-long dehydration technique was known to the ancient Egyptians, and in Sicily dates at least from the time of the Greeks and Romans. The windmills were added in Medieval times. 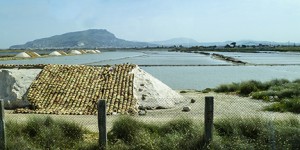 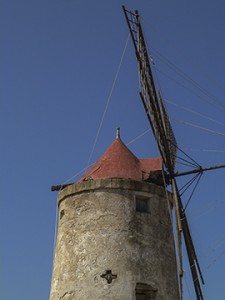 Salt pans and an old windmill at Trapani.

The Church of Sant’Agostino (14th century, with its splendid rose-window

The Cathedral (built in 1421, but restored to the current appearance in the 18th century by Giovanni Biagio Amico). It includes an Annunciation attributed to Anthony van Dyck. 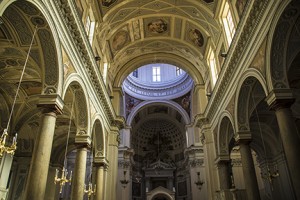 Above Trapani is Erice, on the slopes of Monte San Giuliano. It was founded by the ancient Elymians, a people mostly lost to history.

The town, at around 2,360 feet or 750 meters above sea level, overlooks the city of Trapani and out to the Aegadian Islands off Sicily’s north-western coast. 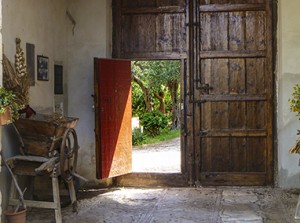 A country scene in Sicily, near Erice

The original settlement was named after the Greek hero Eryx, the son of Aphrodite and King Butes of the Elymian people on Sicily. It was destroyed in the First Punic War by the Carthaginians.

Two castles still stand: Pepoli Castle, which dates from Saracen times of the 2nd to 4th centuries, and the Venus Castle, dating from the Norman era about 1100. The Venus Castle is said to have been built on top of the ancient Temple of Venus, well-known throughout the Mediterranean in the ancient age, and an important cult was celebrated in it.

In a classic book by the Roman author Aelian in the 2nd century, he wrote that animals chosen for sacrifice would voluntarily walk up to the altar to be killed. Today, tourists ride the funivia or cable car to the top, or ride up on buses. Voluntarily, nevertheless.

On this visit, I went with a group of guests to the ancient Greek settlement of Sellinunte. I call it a settlement, although it once held as many as 100,000 people in a grand setting along the sea with several temples and an acropolis.

Three significant buildings==about 2,5– years old, have been put back upright. All around are the pieces of dozens more, plus and entire district of villas and shops and unknown other structures that still lies unexplored.Something for future generations… 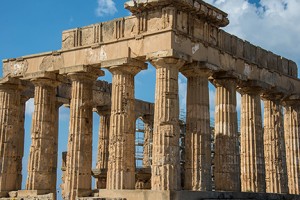 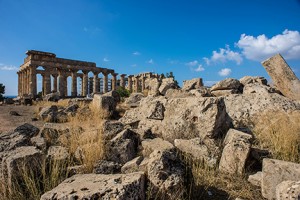 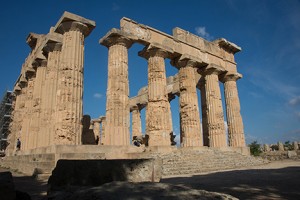