Tallinn is a spectacular old city in an old land that has seen its ups and downs. I wrote about its history and some of its culture in my post of 18 June 2014, which you can read in the blog page for that date.

On this visit, I went on an shore excursion run by an Estonian who helps visitors gain a sense of the mostly unhappy times when Estonia was a Soviet Socialist Republic–the years after World War II until the early 1990s.

The tour–in an antiquated Soviet bus–veered between moments of great poignancy and humor. We heard of family and friends jailed or deported, of lack of food and culture, and we learned quite a bit about the resiliant sense of humor of ethnic Estonians.

And we visited a most unusual cemetery: a graveyard of deposed statues of Soviet herors including Lenin, Stalin, and others. 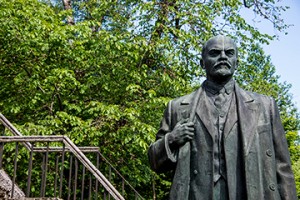 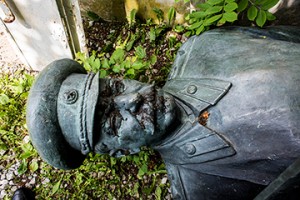 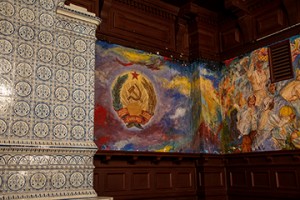