Cartagena is one of Spain’s more historically significant places because of its superb and easily defended naval port.

But Cartagena is less-known than many other coastal cities of Spain. In fact, its distant namesake, Cartagena de Indias, in Colombia, may be much better known.[whohit]-3APR2014 CARTAGENA SPAIN-[/whohit]

I spent the day about 50 kilometers or 30 miles inland, in the much larger and historically wealthier city of Murcia. 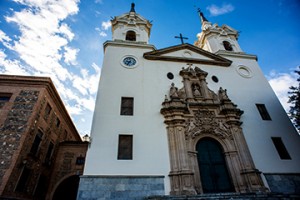 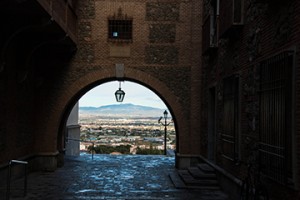 The Fuensanta Monastery is on a hill overlooking the city of Murcia. Photos by Corey Sandler 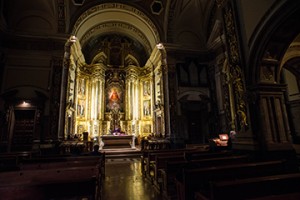 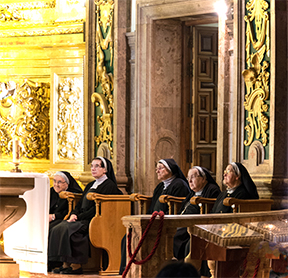 Fuensanta (Holy Spring or Holy Fountain) today serves mostly as the home of the icon of the Virgin Mary that is the patroness of Murcia. As Holy Week approaches, the icon is moved to the Cathedral of Murcia, where we saw it. Photos by Corey Sandler 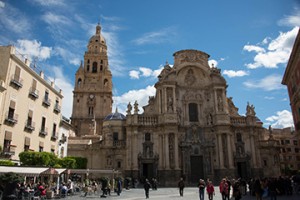 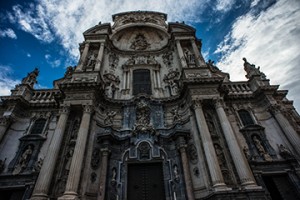 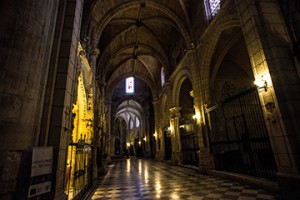 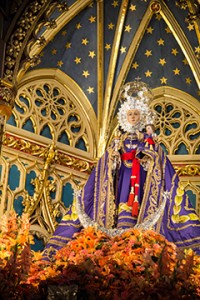 The Cathedral of Murcia holds pride of place in this city of 450,000. In the principal chapel, we found the icon from the Monastery, preparing for Holy Week. Photos by Corey Sandler 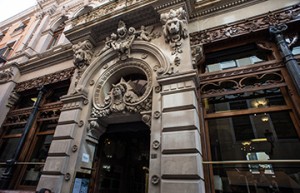 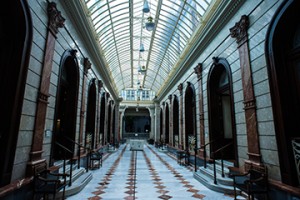 Near the Cathedral is the Murcia Casino. No slot machines or games of chance: this is an opulent men’s club from the 19th century whose rooms offer a tour around the world. Women have been allowed to join since the 1920s. Photos by Corey Sandler 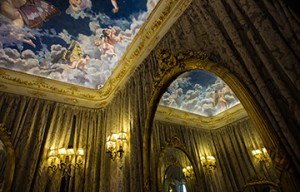 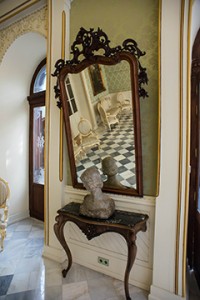 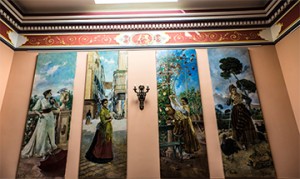 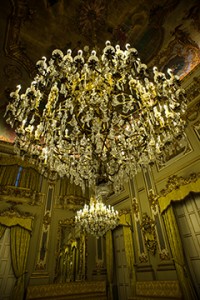 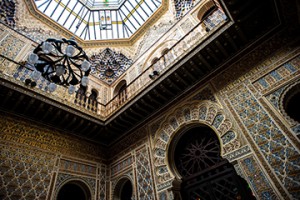 If you’re looking to join the Casino, you’ll have to pay an initiation fee and a monthly membership but you won’t get into the club with the recommendation of two elder members–and that is the most difficult credential to obtain. Photos by Corey Sandler

As far back as the 16th century Cartagena was one of Spain’s most important naval ports. Today it has a contingent of minesweepers and submarines, and a large naval shipyard. The original settlement was called Mastia. About 227 BC, Hasdrubal the Fair established a town at the great harbor. Hasdrubal used the port as launching point for the conquest of Spain.

Roman general Scipio Africanus conquered it in 209 BC. The Romans, from Julius Caesar to Octavian and beyond used Carthago in their conquest of the Iberian Peninsula. When the first wave of Islamic tribes came to Hispania—the Umayyad invasion—the port was one of the landing places they used, along with Gibraltar.

With the fall of the Western Roman Empire, the city went into decline.

The Visigoths returned, but they were displaced by the Muslims in 714. Various Caliphates and Taifas held Cartagena from then until 1245.

It was in that year that King Alfonso X of Castile (Alfonso the Wise) conquered Cartagena, re-establishing Christian rule. In 1296 Cartagena was annexed to the Kingdom of Aragon as the Reconquista focused on the remaining Muslim kingdom, Granada, which fell in 1492.

Cartagena entered a period of decay, because Spain’s colonial activities used ports to the west. It did not fully recover until the 18th century. The Spanish began to use Cartagena as the home of their navy. That also made it a target. In September 1643 the French defeated most of the Spain’s fleet here.

Although there are some ruins from the Carthaginian ages, like the remains of the Punic rampart (built in 227 BC with the foundation of the city) and visible at the Muralla Púnica or Punic Wall museum in town, most of its oldest monuments date from the Roman Empire.

The restored Roman theatre of Carthago Nova was built about 1 BC, and was in use for more than four centuries before being abandoned. The remains were rediscovered in 1988 during a construction project, and in 2008 reopened as a museum.

Other Roman remains include a colonnade, the House of Fortune, the decumanus and the Augusteum. Not far from the Roman Theater are the ruins of the Santa María la Vieja Cathedral, built sometime after the Reconquista—the expulsion of the Muslims, which took place here about 1243.

The cathedral had been built over the upper part of the Roman theatre, recyclying some materials. A decorated floor of a Roman house of the 1st century BC was found in the crypt of the Cathedral.