An incomparable autumn sky greeted us in Halifax.

The great port here—by some measures the second largest in the world, after Sydney (the one in Australia)—is lined with handsome architecture. Some of the buildings are great Victorian and Edwardian stone structures; more modern buildings are almost all lined with mirror glass to reflect the sky, the water, and the old buildings around them. 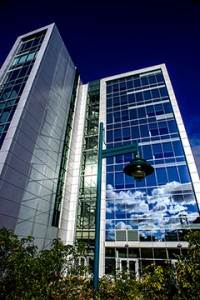 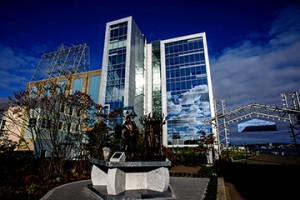 Sky, clouds, and water in Halifax. Photos by Corey Sandler

A bit further into the city, at The Narrows, the architecture is a bit more uniform and relatively grim. This was the area that was leveled by the Halifax Explosion of 1917: considered to be the largest manmade explosion from the dawn of time to the atomic bomb. It was the result of a collision between two ships that were part of the gathering convoys bound to and from World War I Europe. One ship, the Mont Blanc, was packed with a witch’s brew of TNT, benzol, and picric acid.

In the explosion, about 1,951 people were killed—most of them spectators gathered along the waterfront. More than a thousand were blinded by flying glass.

It is, for me, impossible to look at today’s Halifax without hearing an echo of one of the worst moments of that war, nearly three thousand miles away from the front lines. 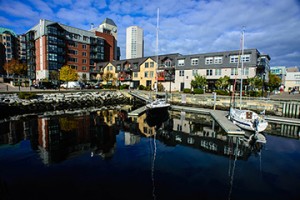 All photos and text copyright by Corey Sandler. If you would like to purchase a photo, please contact me.