Portland, Maine has been through high times and low, fire and ice.

Its city motto is Resurgam, which refers to its rise from the ashes of four major fires over the centuries. Today it is a solid, mostly working-class city set on the shores of a magnificent body of water: Casco Bay. 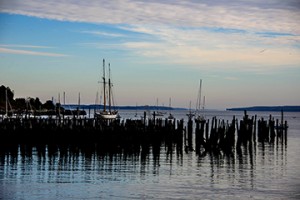 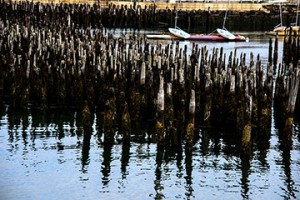 Along the waterfront in Portland. Photos by Corey Sandler

The water, the rugged rocks that line its shores, and the nearby mountains have drawn great artists (Winslow Homer and Andrew Wyeth among them) and inspired the great poet Longfellow, who was born here. 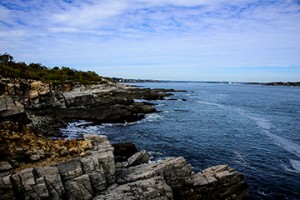 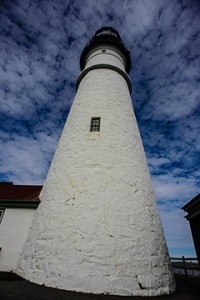 Portland Head Light, and the rocks of which it warns. Photos by Corey Sandler

Portland is not as often visited as Bar Harbor to the north or Kennebunkport to the south. But it is in resurgence. 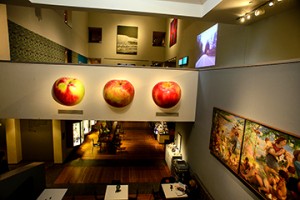 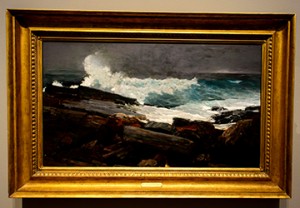 Inside the Portland Museum of Art, and Weatherbeaten by Winslow Homer. Photos by Corey Sandler

Do try the lobster rolls down by the waterfront. But don’t forget, here in Maine and nearby Massachusetts, there is no R in Lobster. Call them lobstahs. 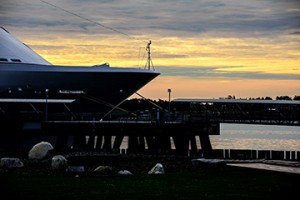 Silver Whisper at the dock in Portland. Photo by Corey Sandler

All text and photos by Corey Sandler, copyright 2013. If you would like to purchase a photo, please contact me.