I’ve always admired women (for many reasons) but high on the list is the ability to dance backwards…and in high heels.

That’s a bit of what we’re doing on Silver Whisper, making a return trip from New York to Montreal, and then back again. We don;t often do that, instead usually always on the move from one part of the world to another. 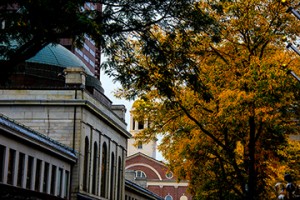 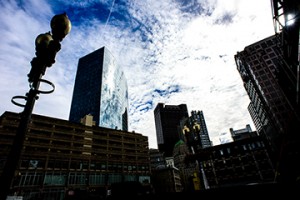 But I don’t mind. New England and Atlantic Canada is beautiful anytime of the year, and especially spectacular in the fall. The colors are approaching their peak right now, and the air has just enough of a crisp edge to keep us alert enough to fully appreciate all we see. 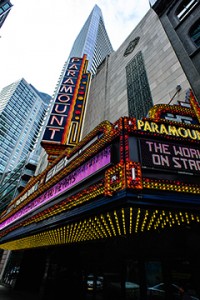 The Paramount Theater in Downtown Boston. Photo by Corey Sandler

Last night we made a stately passage through the Cape Cod Canal, heading eastbound from Buzzards Bay to Cape Cod Bay. Going through the canal saves nearly 180 miles of travel and also avoids the shoals and sometimes rough seas around Nantucket Island south of Cape Cod.

Not every ship can use the canal, though. It is wide enough and deep enough for large ships but the limitation is the three bridges (one railroad and two highway) that cross overhead.

All three bridges stand 135 feet above sea level, which is not that high. The lovely Silver Whisper has an air clearance of 129 feet, which means there is just six feet or two meters above the tallest point on the ship and the concrete and steel roadways or tracks of the bridges.

I’ve done the canal transit dozens of times, and every time it appears we’re not going to make it. 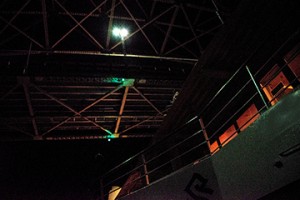 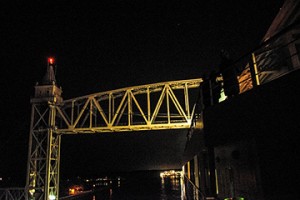 Squeezing Beneath a Bridge on the Cape Cod Canal. Photos by Corey Sandler 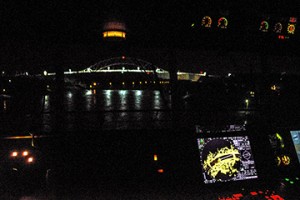 The View from the Navigational Bridge of the Sagamore Bridge on the Cape Cod Canal. Photo by Corey Sandler

See my BLOG entry for October 6-7 for more details about the Cape Cod Canal.

Today we are in Boston. This is one of the most vibrant and interesting cities in the United States, and there’s an extra lilt in Bostonian’s steps as the Red Sox have advanced to the American League Championship, with real hopes of making it to the World Series. It’s been a tough year in Boston…we deserve some good news.[whohit]-CCC EB and BOSTON-[/whohit] 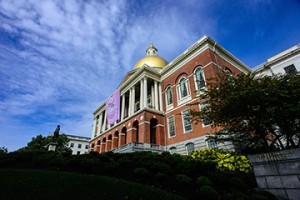 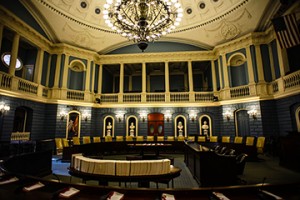 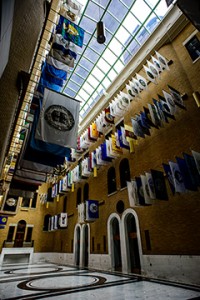 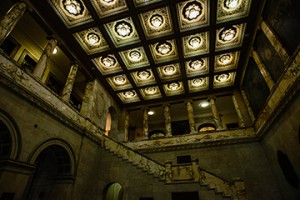 The Massachusetts Statehouse on Beacon Hill in Boston. Photos by Corey Sandler

All text and photos Copyright 2013 by Corey Sandler. If you would like to purchase a copy, please contact me.