When Fall Comes to New England

Our sail-away from New York was, just as we hoped, spectacular. Silver Whisper backed out of Pier 88 at 5 pm, and we moved majestically down the Hudson River toward its exit to the sea. 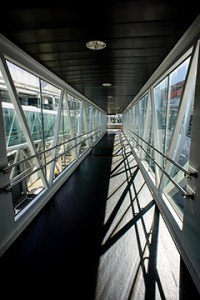 The gangway from Pier 88 to our ship during the quiet morning before guests came aboard. Photo by Corey Sandler 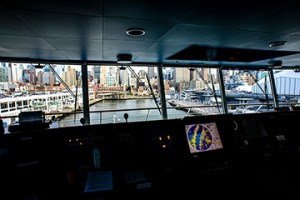 The view from the Bridge of Silver Whisper as we backed out of the pier. Photo by Corey Sandler

On our port side was Manhattan; to starboard, the Statue of Liberty. I was up on the bridge giving commentary, but—as always—I had my camera with me. 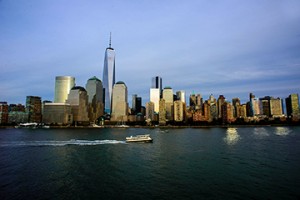 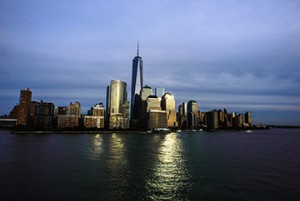 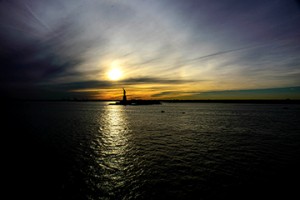 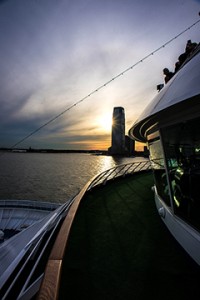 Scenes from our sailaway. Photos by Corey Sandler

And then we sailed into New England. One of my favorite songs is When Fall Comes to New England, by the singer-songwrite Cheryl Wheeler. She has a lovely line about autumn colors; she says that the leaves turn “Irish Setter red.”

Newport, Rhode Island is where the rich came to play.

One of their games, at the peak of the Gilded Age, was a grand form of one-upsmanship. 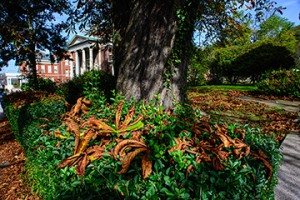 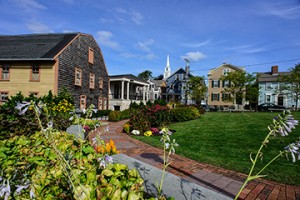 The colors of New England. The Newport Museum of Art, and the gardens at the historic Touro Synagogue. Photo by Corey Sandler

It was a competition to impress, astound, and outspend each other.

They built “cottages”, a word they used with a wink and a nod. 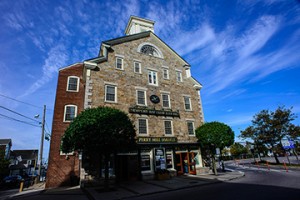 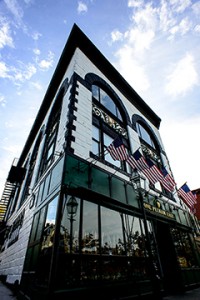 In some ways, Newport and the rest of Rhode Island was a model for the ideal of America, a place where freedom of conscience and religion was paramount.

They had been all but driven out of Boston by strict and punitive laws and discrimination.

A year later, the original settlement of Pocasett divided, and a group moved south to found Newport.

By this time, many had become Baptists.

Their political beliefs had been shaped by the difficulties of Boston.

At the heart of their plans was separation of church and state, codified in the Newport Town Statutes of 1641. 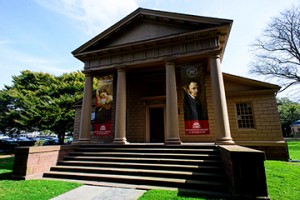 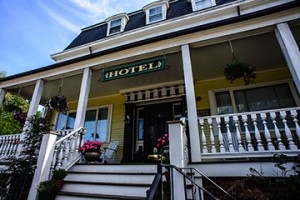 Newport’s Redwood Library, and an old hotel in town. Photos by Corey Sandler

The original settlers were soon joined in the 1650s by others including Jews and members of the Religious Society of Friends: the “Quakers.”

After the Civil War came the Gilded Age, a time of great wealth and expansion.

Bar Harbor in Maine, and the Adirondacks of upstate New York boomed: a surge of privately owned American castles, if you will.

Newport was perhaps the greatest beneficiary. 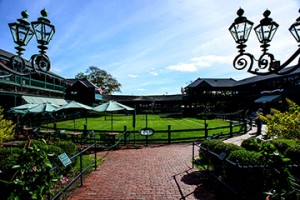 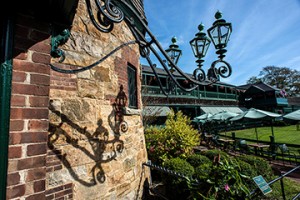 The Tennis Hall of Fame in Newport. Photos by Corey Sandler

My wife and I live in this part of the world, on the island of Nantucket about 30 miles off the coast of Cape Cod. And so we know Newport and southern New England quite well.

On this visit, I chose to go on a photo safari. I concentrated on the glorious details of Fall in New England. 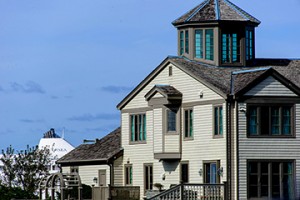