Halifax: Beauty and History in the Mirror

Much of the history of the Maritimes of Canada can be summed up in one place: Halifax.

And in Halifax, one of the largest and best protected ports in the world: a great and terrible harbor.

Halifax is Canada’s front door, a place where more than a million immigrants landed to populate the mostly empty nation. 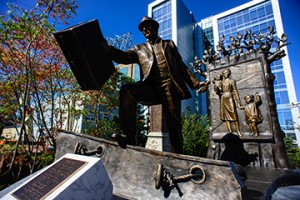 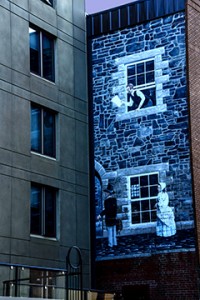 During peacetime it grew as a great trading port very close to the Great Circle Route—the shortest distance between Europe and North America.

And it grew—and suffered—during wartime as navies clashed for control in Colonial times, the War of 1812, and the American Civil War.

Then it became even more critical as its superb harbor was used as a place for convoys to gather before crossing the Atlantic during World War I and II. 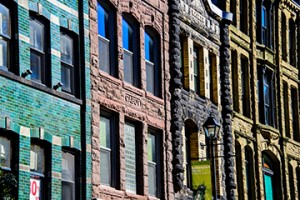 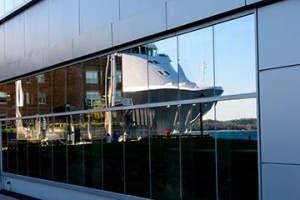 The harbor runs in a northwest-southeast direction.

What is now a huge harbor is actually a drowned river valley.

It was carved by a massive glacier.

Then, after the ice age, the sea level rose to fill it in.

Closer to the open ocean is the Northwest Arm. It is not wide or deep enough for major ships, but instead is mostly used by pleasure boats.

Deep into the harbor is The Narrows, where the two sides come close together. Today a bridge passes overhead.

And then past the Narrows is the large Bedford Basin.

It was at the Narrows where the largest manmade explosion before the atomic bomb occurred:

During World War I, the French munitions ship Mont-Blanc, packed with a witches brew of munitions and chemicals collided with the Norwegian war relief ship Imo at the Narrows.

The explosion destroyed a major portion of waterfront Halifax as well as Dartmouth across the harbor.

Halifax was devastated, and there are still some places where you can feel the century-old echoes: the Hydrostone District above the narrows is filled with homes all built after the explosion.

Down along the waterfront, Halifax has done a marvelous job of reclaiming the harbor as a civic jewel. Tourists stroll along the boardwalk, and locals visit the museums and restaurants.

And most of the modern construction along the water uses mirrored glass. The water is reflected everywhere you turn, the mirrors seeming to double the size of the huge harbor.